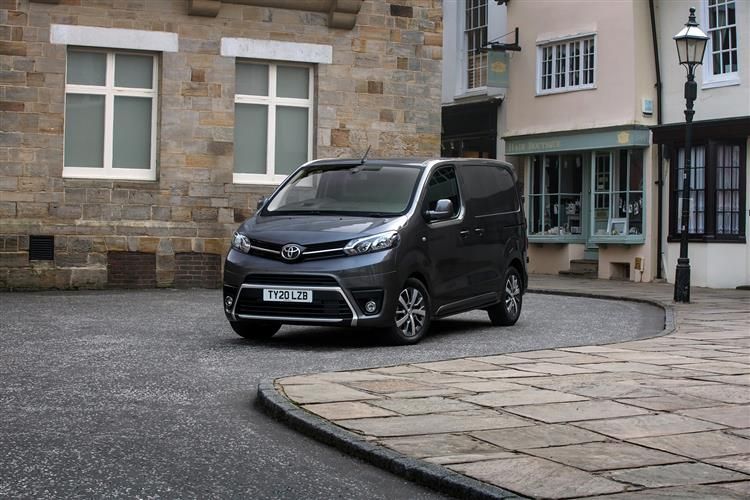 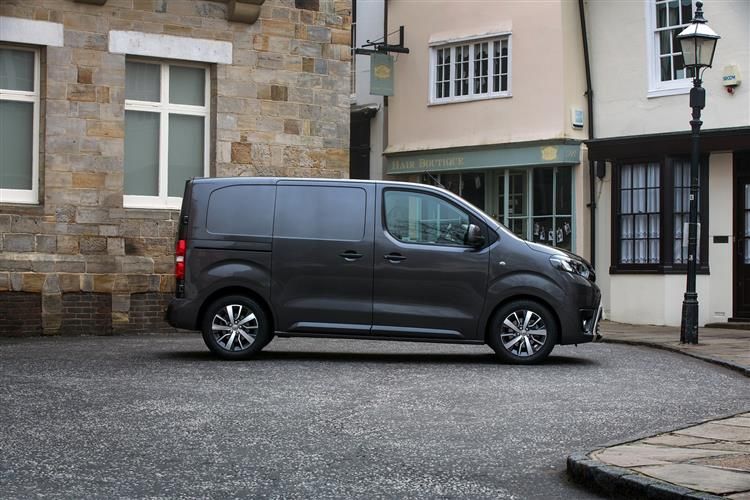 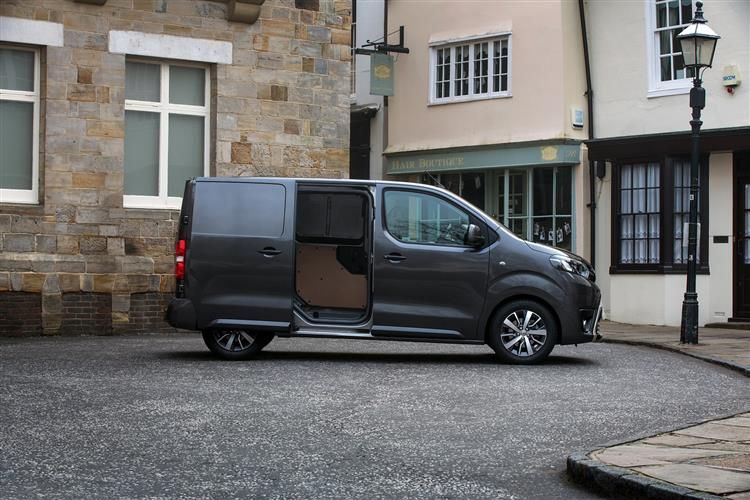 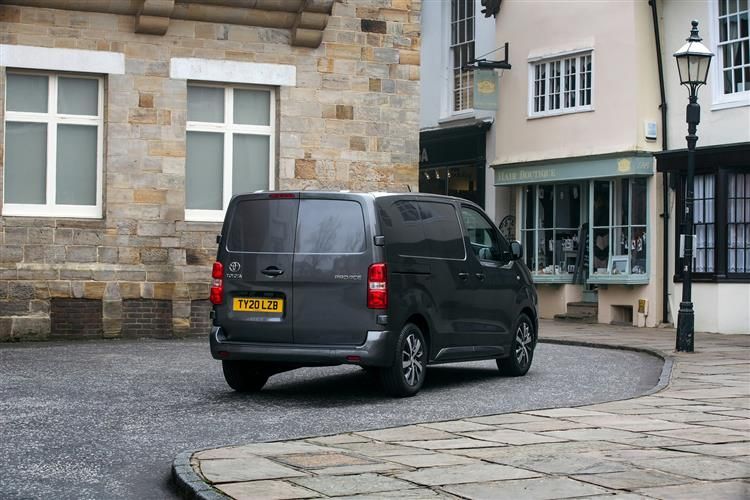 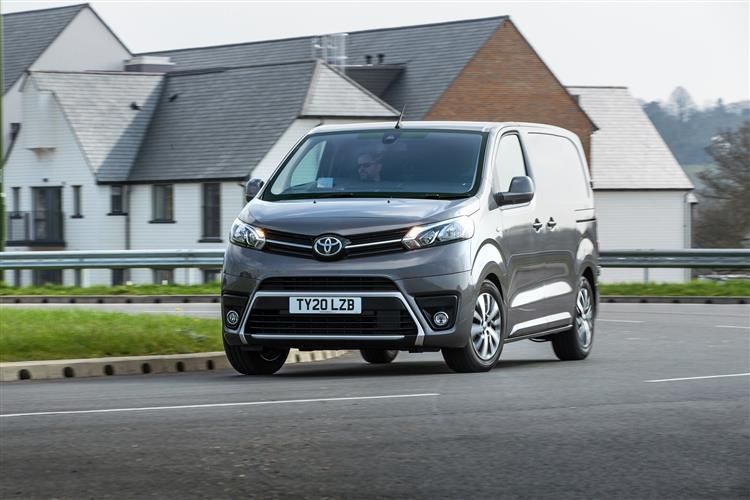 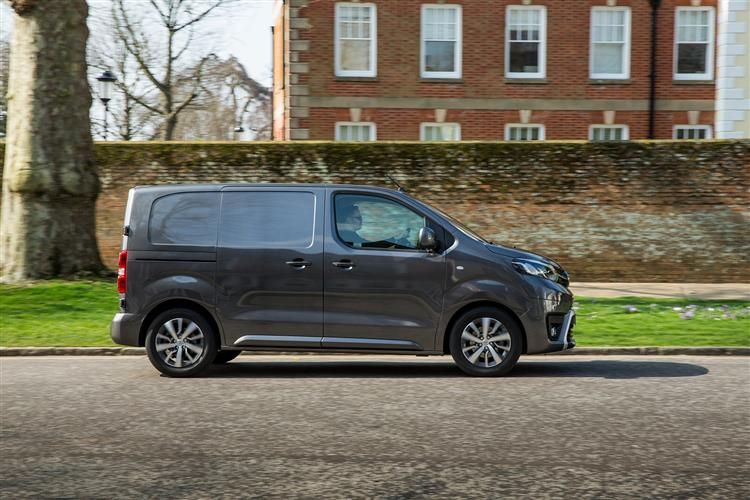 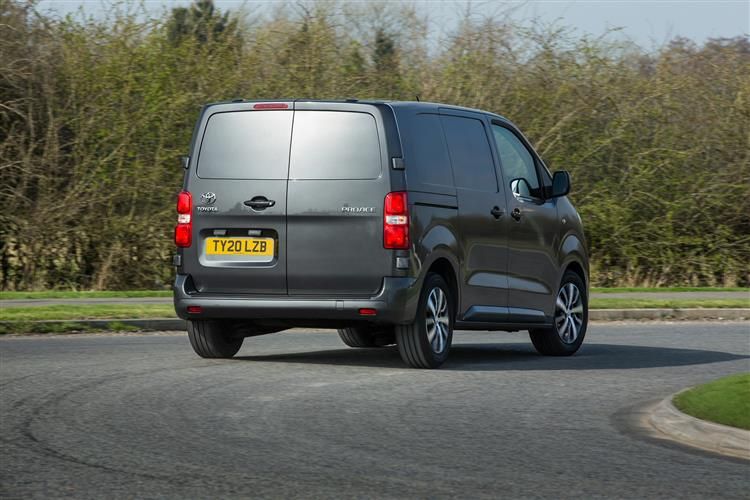 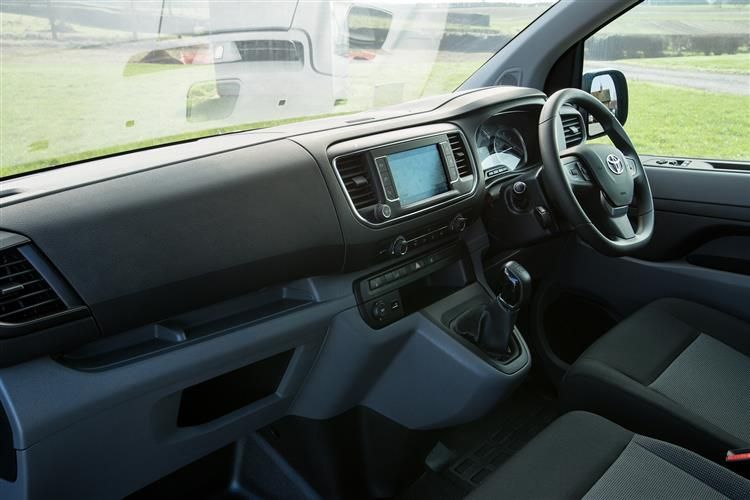 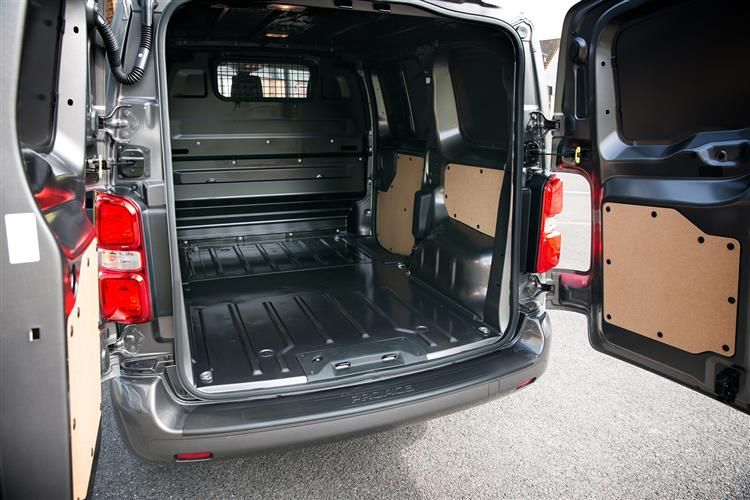 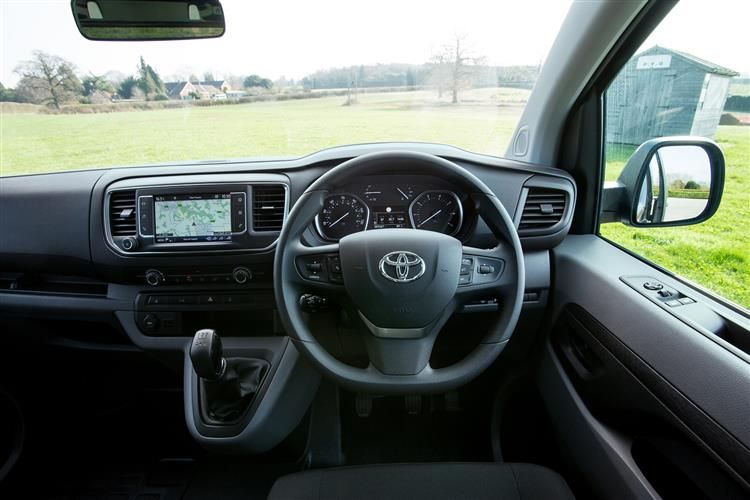 ACE IN THE HOLE

The Proace is Toyota's medium range panel van and this second generation version is a very competitive proposition. Jonathan Crouch checks out what's on offer.

The Proace is the most credible medium-sized van Toyota has ever brought us, being comfortable to drive, practical to use and supremely efficient to run. Its development has come courtesy of a platform shared with rival products from Peugeot and Citroen, but Toyota has added its own feel to the finished product and completed the package with a uniquely comprehensive five year warranty.

Toyota is a company that loves a partnership. It commissioned Yamaha to develop many of its petrol engines, it joint-developed a sports car with Subaru, sold engines to Lotus and agreed fuel cell and electric vehicle technology with BMW. Perhaps then, it won't surprise you to learn that when the Japanese giant was looking to rejuvenate its position in the LCV sector, it decided not to strike out alone. Instead it agreed a partnership with PSA Peugeot Citroen and the ProAce was born. The first generation version was a re-badged version of the Citroen Dispatch and the Peugeot Expert and was launched in 2013 towards the end of the model lives of both those designs. This MK2 Proace, launched in mid-2016, is a much more modern thing, still sharing most things with its French stablemates but featuring a lot more Toyota input in its design.

The ProAce is available with a range of diesel engines: if your requirements are mainly based around lighter loads and short distance urban work, then the entry-level 101bhp 1.5-litre diesel will be quite sufficient. For heavier payloads and longer journeys however, you'll be needing the 118bhp 1.5-litre diesel model which also gives you a 6-speed gearbox in space of the feebler 1.6's 5-speeder. The power of this pokier version should be quite sufficient for most businesses. If you do feel the need for more power, then there's also a 121bhp 2.0-litre diesel unit on offer packing a healthy 340Nm of torque. And above that, a 174bhp version of the same engine, which has to be had with auto transmission. The driving position, though not as lofty as in some models, nevertheless affords a decent view up the road and is comfortable on the move. That relaxed approach also extends to the electro-hydraulically-assisted power steering. You'll appreciate its lightness around town though, where this van is impressively manoeuvrable for its size, with a tight turning circle. The low stance and the big front overhang can initially make parking a bit tricky, though rearward vision is helped hugely by huge door mirrors with their separate wide-angle reflectors.

There's more to the Proace than meets the eye. The neat and unassuming styling leads you to believe that it's not a hugely capacious thing, but there's versatility in the model configurations and the range covers a lot of bases. There's a choice of three body sizes - 'Compact', 'Medium' and 'Long'. With each vehicle length, the Proace benefits from left and right side sliding doors and side-hinged rear double doors that open to 180 degrees. Across the range, the windscreen is steeply raked, creating a wedge-shaped front end with huge headlamps. You'll find chunky rubbing strips protecting the flanks, while tail lights are mounted high up to help avoid potentially costly parking knocks. Get yourself comfortable and you'll appreciate a firmly upholstered seat that's positioned to suit those who've to jump in and out of their vehicle all the time. The cabin is robust, functional and spacious, designed to meet the needs of both commercial and private owners. The dashboard features clear instrumentation and analogue dials with ergonomic switchgear. The driving position is car-like and affords excellent visibility, with a short-throw gear lever mounted close to the steering wheel.

Prices start at just under £21,000 excluding VAT for panel van versions of this Proace. That gets you the smallest 'Compact' size of course and the lowest-powered 101bhp 1.5-litre diesel engine. A premium of around £800 more gets you the larger 'Medium' bodystyle, at which point you'll be offered the opportunity to find around £400 more for the pokier 118bhp version of the 1.5-litre diesel engine - the one most buyers will probably want. There's quite a big price gap from this unit to the 2.0-litre diesel: that's priced in 121bhp form from around £24,000 ex VAT - you'll need nearly £30,000 ex Vat for the auto-only 174bhp version of this unit. If you want the biggest 'Long' bodystyle, you have to have a 2.0-litre diesel and by that point, you'll be paying from about £23,500 ex VAT for the 120bhp version. There are three main trim levels across the range - 'Active', 'Icon' and 'Design'. All variants now include niceties like air conditioning. The ingenious Smart Cargo system has also been added to the standard specification of the Proace Active model, making it a standard feature across the entire Proace range. It combines a load-through opening in the front bulkhead and a lift/folding function on the front passenger seat. A Safety and Security Pack can be specified that equips Proace with a Toyota Safety Sense package including a Pre-Collision System with Forward Collision Warning and Autonomous Emergency Braking, and Adaptive Cruise Control, together with a head-up display, cornering lights, rain-sensing windscreen wipers, dusk-sensing headlights, an auto-dimming rear-view mirror and vehicle alarm.

Proace carriage capacities start at 4.6m3 for the smallest 'Compact' model, but you can boost that to 5.1m3 if you make good use of the standard 'Smart Cargo system' which combines an opening front bulkhead with a lifting front passenger seat base mechanism. Move up to the 'Medium' body size and capacity rises to 5.3m3 (or 5.8m3 with the 'Smart' system). If you've really big loads o carry, you'll want the 'Long' version, which has a load volume of 6.1m3 (or 6.6m3 with the 'Smart' system). In this form, the Proace can also be ordered in Crew Cab and 9-seat Combi guises. Maximum payload is up to 1,400kg and the braked trailer towing capacity is up to 2,500kg. On the 'Medium' and 'Long' versions, the side door aperture is wide enough for Euro pallets to be loaded. As for WLTP-rated running costs, well the use of stop and start technology across the range means that these are very competitive. The 101bhp model generates CO2 emissions of between 176 and 177g/km with combined cycle fuel economy of between 38.7 and 42.1mpg. The 118bhp 1.5-litre diesel variant produces 165 to 166g/km and achieves between 42.1 and 44.8mpg. All powertrains meet Euro 6 emissions standards and are equipped with selective catalytic reduction to reduce the amount of Nox released into the atmosphere. A 22.5-litre tank of AdBlue ensures the system will work to its optimum capability for about 9,300 miles, with usage varying according to driving style and conditions.

There's plenty to like about this Proace. Thanks to its sophisticated underpinnings, it's light enough to facilitate an impressive set of efficiency stats, while at the same time being tough enough to take the kind of treatment that mid-sized vans must put up with in regular use. The practicalities add up too, especially if you make good use of the 'Smart Cargo' system with its variable front seat layout and configurable bulkhead. As for problems with this LCV, well there aren't too many and they tend to be things that may not bother many potential company buyers very much. It isn't, for example, the sharpest steer in the segment. And some customers could be disappointed that Toyota has chosen not to offer a choice of roof heights. Beyond that though, there's really not too much to complain about. If that's enough to get you interested in Proace ownership, there's little that'll put you off once one of these is running on your fleet. Vans from this brand have a history of selling to real professionals. Don't expect that to change any time soon.