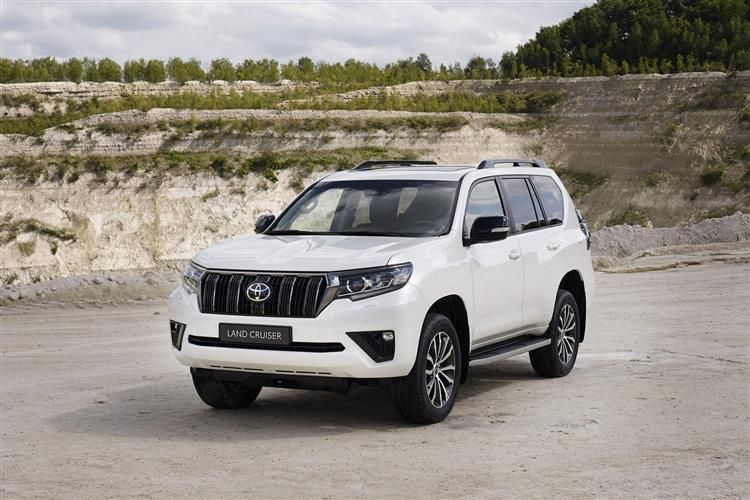 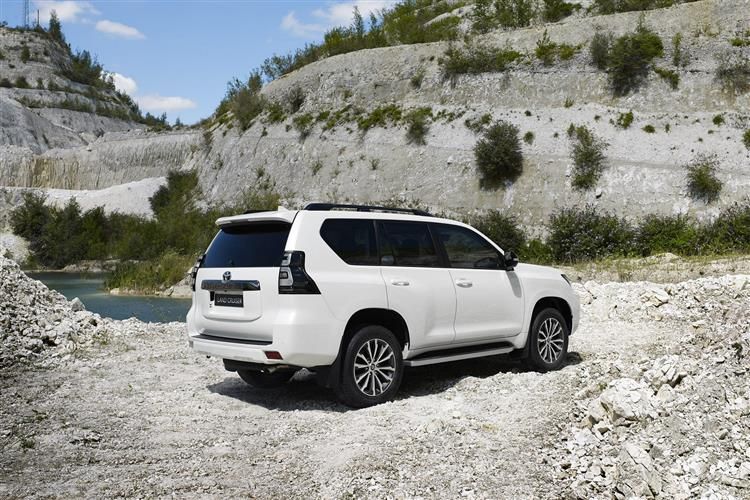 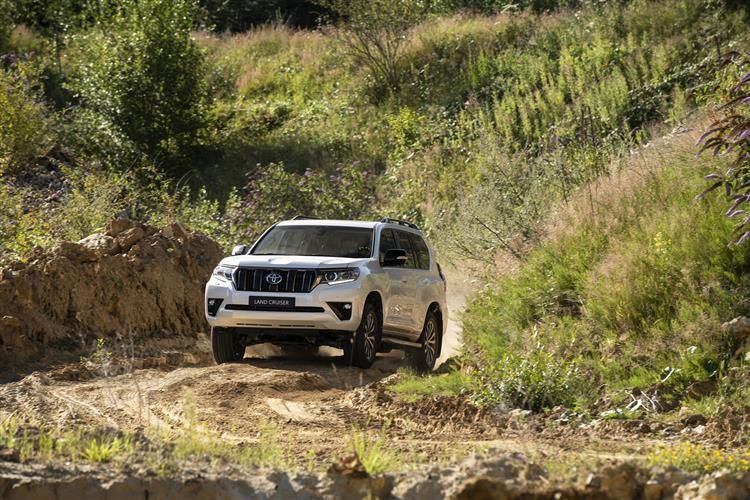 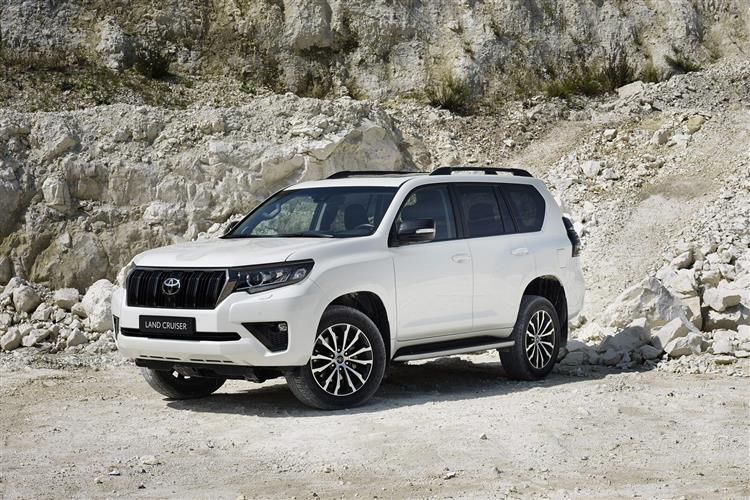 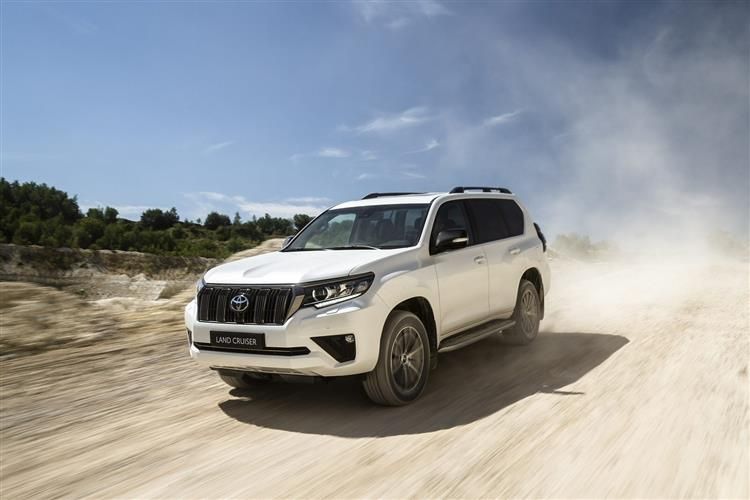 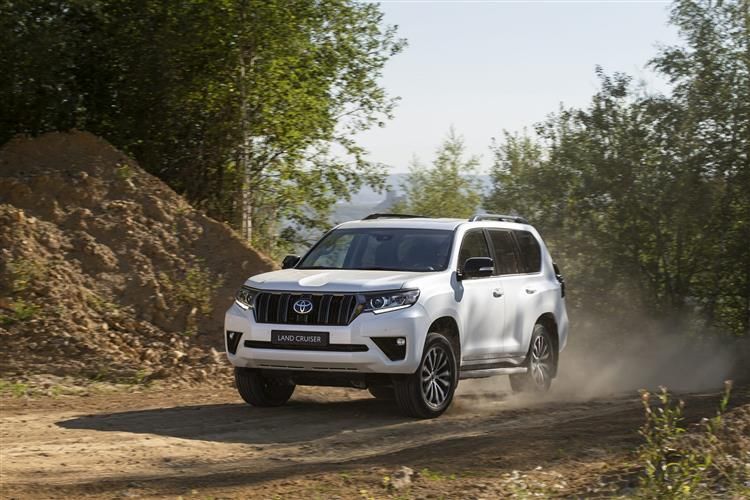 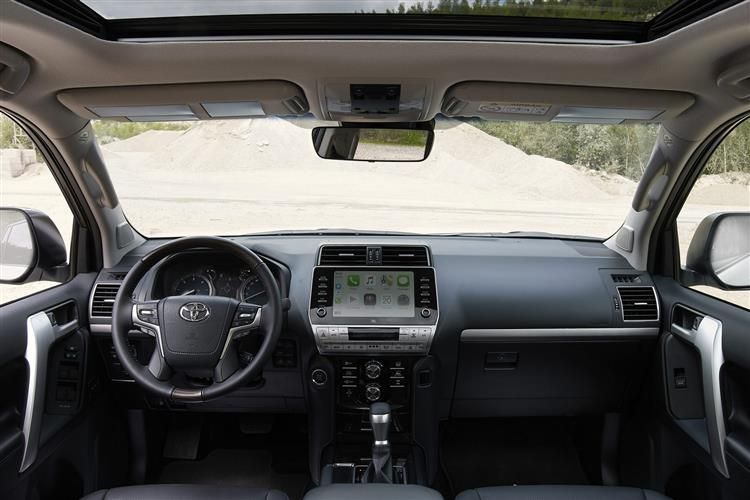 Many serious off-road vehicles are about as comfortable as going over Niagara in a barrel when used on the road, but Toyota's Land Cruiser is one champion mud-plugger that can hold its own on the tarmac. The latest model gets a cleaner, more powerful version of Toyota's 2.8-litre diesel engine, plus safety and specification upgrades. The reasons you might want one haven't changed though. Namely, the fact that this is a proper SUV with proper off road ability.

When it comes to reputation, there's little that can touch the Toyota Land Cruiser. It's the most indestructible of all big 4x4s and has spawned its own legend. Australian backwoodsmen tell you that if you need to get to where you're going, buy a Land Rover. If you need to get back again, choose a Land Cruiser. Here in the UK, however, there's often little requirement for a vehicle that can ford swollen rivers and wade up to its axles in mud. It's not that we're lightweights. We just require a little more versatility. The current Land Cruiser, now with a useful engine upgrade, responds to that call. Yes, it can still take you wherever you choose to go once the tarmac runs out, but now it's a much more pleasant place to be for the majority of the time it's being used as a car rather than a cross-country assault weapon. It's hard to mess with a legend that has over 60 years of heritage behind it. Has Toyota been successful?

The main change here is an upgrade to the 2.8-litre D-4D diesel engine, the output of which rises from 175 to 201hp, while torque is up from 420 to 500Nm, gains that are reflected in a 2.8-second reduction in the 0-62mph time to less than 10 seconds. That said, a performance SUV this is not. As before, there's a choice of a six-speed manual gearbox or smooth six-speed automatic transmission. This doesn't mean to say the Land Cruiser need be hard work to drive. Suspension modifications made in recent years offer an improved balance of stability and ride quality. The improved on-road refinement made to this model in recent years hasn't come at the expense of off-road ability. That's sacrosanct and Toyota only green lights developments that can benefit both roles. The top 'Invincible' variant is particularly capable, featuring a centre Torsen limited-slip differential. In addition, this version's 'Kinetic Dynamic Suspension System' uses active anti-roll bars offer maximum body movement and therefore maximum grip; a 'Multi-Terrain Select' system allows you to adjust the 4WD dynamics to suit different types of terrain; a 'Crawl Control' system enables your car to pick its way along at speeds of up to 3mph over really awkward ground; a 'Multi Terrain Monitor uses a series of cameras to display on the dash what you may be about to hit; and if you should ever get really stuck, a rear differential lock may well help you ease yourself free.

Though the Land Cruiser's styling is as rugged as ever, it has a smarter, more contemporary feel these days. As before, there's an entry-level three-door short wheelbase variant, but most customers opt for the five-door seven-seat long wheelbase derivative. It's a big piece of Oriental real estate, measuring in at over 4.8m in the case of the five-door variant. The bonnet, grille, headlamps, bumper and wings have all been organised into single, powerful front end graphic and are set high for optimum off-road functionality. The grille's apertures have been made as large as possible for optimum engine cooling, while the headlamp main beams are positioned inboard to avoid damage when driving off-road. Inside, the key change to this revised model is an enhanced design for the centre dash infotainment screen, which now incorporates Apple CarPlay and Android Auto as standard. As before, the smart dashboard's top has been set low for a sleeker appearance and better front-on visibility when driving off-road. The instrument binnacle has a four-gauge layout with precision Optitron meters that flank a 4.2-inch TFT colour multi-information display. There's also smart white illumination for the instrument panel, centre console and door-mounted switches. This cabin lighting scheme uses LEDs for the front footwells, headlining, glove box and door panels. Space for those in the second row is quite plentiful and access to the rearmost third row seats is straightforward thanks to a generous 46-degree angle for the middle bench. You can fit properly-sized adults in the very back too; these pews aren't just for kids. The boot of the long wheelbase version is only 104-litres in size when all three rows are in place, but with the rearmost chairs dropped into the floor, this rises to 621-litres.

If you want the best, you tend to have to pay for it and the Land Cruiser has never been conspicuously cheap. Base trim is 'Active', which comes in 3-door short wheelbase or 5-door longwheelbase formns, the later with the option of a third seating row. Prices start at around £42,000 for the 3-door model, but it's only around £1,300 more to get the 5-door; the 5-door 7-seat variant most will want is around £44,000 - or around £57,000 if you want it in plush 'Invincible' form. There's also a 'Commercial' van version. 'Active' trim features the new 8-inch infotainment screen with Apple CarPlay/Android Auto smartphone-mirroring. On top of existing features like 17-inch alloy wheels, cruise control, air conditioning, smart entry, roof rails and heated power door mirrors. At the top of the range, the seven-seat 'Invincible' version also adopts the smartphone integration package and is now available with an optional Black Pack. Customers who opt for black leather upholstery can also specify an all-black exterior, including the front grille, door mirror casings, rear light surrounds, side mouldings and rear garnish, plus clear lenses for the rear light clusters. Safety provision has been much improved thanks to upgrades made to the various included Toyota Safety Sense active technologies. These include a Pre-Collision System that in daylight can now detect cyclists. The Adaptive Cruise Control system is now of the 'intelligent' sort. And the addition of 'Lane Trace Assist' provides automatic assistance to keep the vehicle positioned within its traffic lane. As before, you also get 'Lane Departure Alert' and 'Automatic High Beam'. Further driver support is provided a Blind Spot Monitor with Rear Cross Traffic Alert.

Though this revised model's upgraded 2.8-litre diesel is more powerful, it's also cleaner because it meets the UK's RDE2 (Real Driving Emissions) standard, so qualifies for a lower Vehicle Excise Duty charge - down by £325 in the first year compared to the current Land Cruiser. The fuel economy or CO2 emissions figures are unchanged over the previous 175hp model. Which means that on the WLTP cycle, an 'Invincible' lwb variant can manage up to 29.4mpg on the combined cycle and up to 250g/km. For the 'Active' lwb variant, the figures are up to 30.4mpg and up to 245g/km. That's still a way off what you'd get from cheaper but less rugged rivals like Kia's Sorrento and Hyundai's Santa Fe, but it's about the same as you'd get from comparably tough competitors like Mitsubishi's Shogun Sport and SsangYong's Rexton. An Eco Driving Indicator is there to help owners get somewhere close to the published figures. It'll be expensive to tax then - but at least residual values are and will stay very strong: expect around 52% of your original purchase price back after the usual three year standard ownership period. That's thanks to the relatively low numbers sold, this car's bullet-proof quality and its loyal following. As before, maintenance costs can be kept down thanks to a fixed price servicing plan. And there's a 5 year/100,000 mile warranty that you'll almost certainly never need.

This improved fourth generation six cylinder Land Cruiser remains a proper 4x4 intended for a proper 4x4 lifestyle, not the smiley marketing one you see in the brochures of lesser SUV models. It'll never let you down and it'll very comfortably get you and up to six passengers wherever you want to go, be your destination Kensington or Kenya. Such has always been the appeal of this Toyota. This MK4 model though, has had its all-round on and off road superiority threatened by the excellence of rivals like Land Rover's Discovery. Which is why Toyota has responded in kind, producing a more powerful, slightly cleaner vehicle that remains supremely capable and well suited to the many third world users who wouldn't be seen dead driving anything else. It's these days a slightly better bet for roadgoing use too, though if it's a tarmac SUV you want, then this isn't it. No, this remains a vehicle fit for purpose, a car that'll still be happily ploughing through mud ruts when you've long ago forgotten you ever owned the thing. As an ultimately capable long term ownership proposition, there isn't much that beats it.