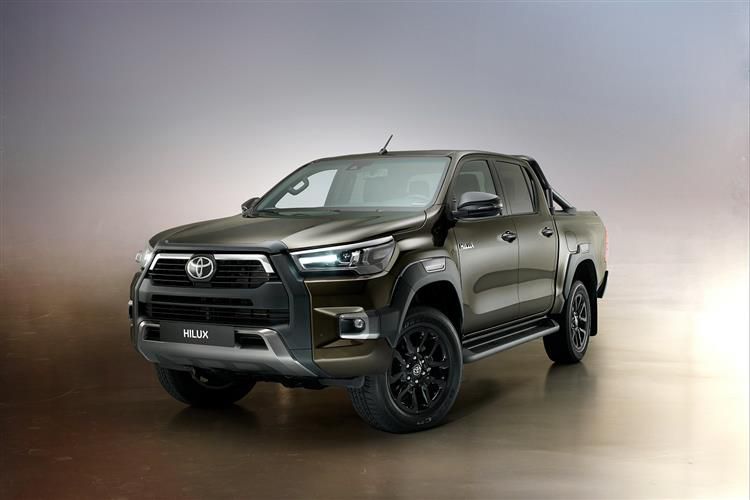 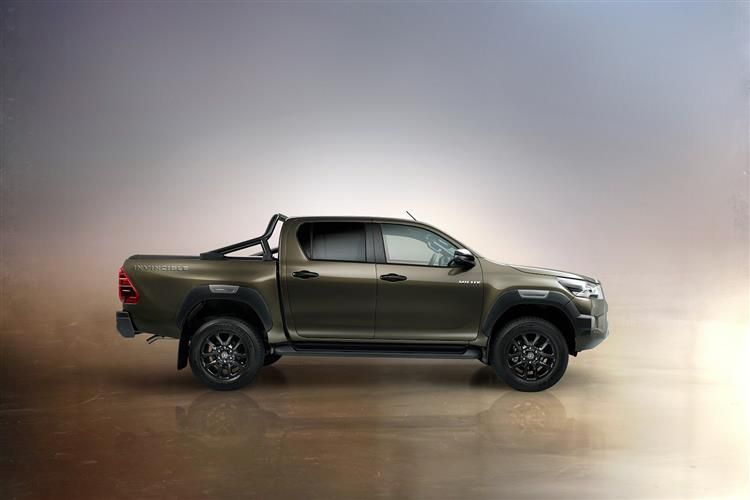 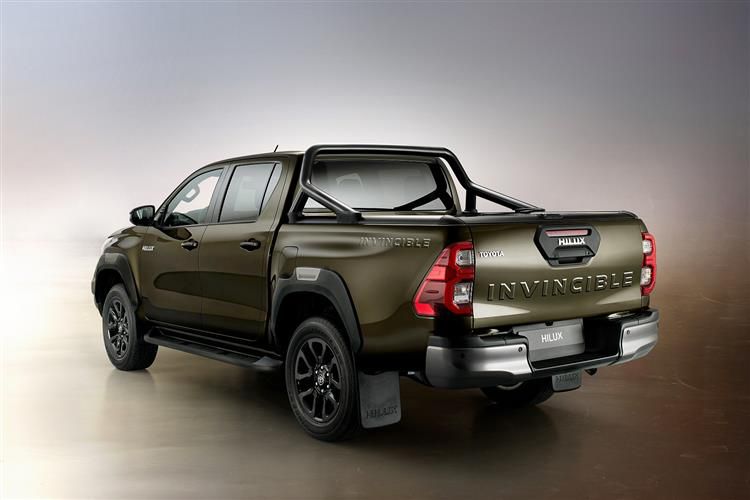 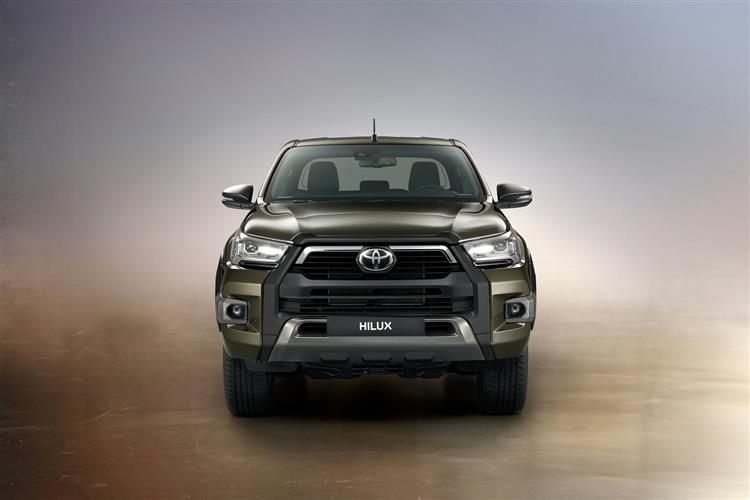 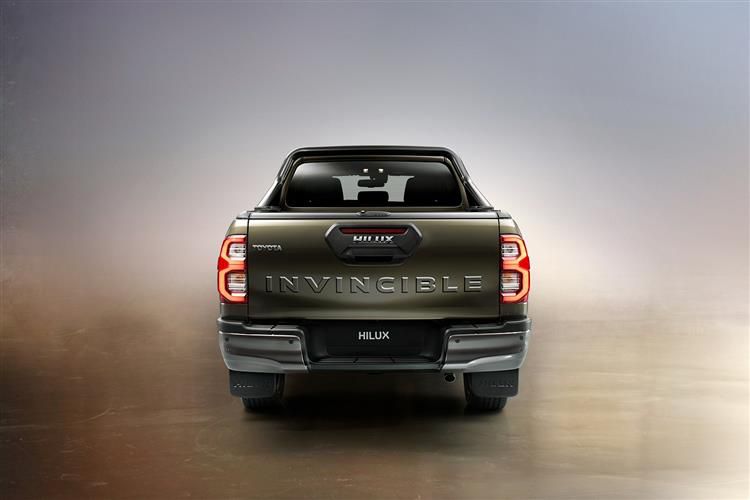 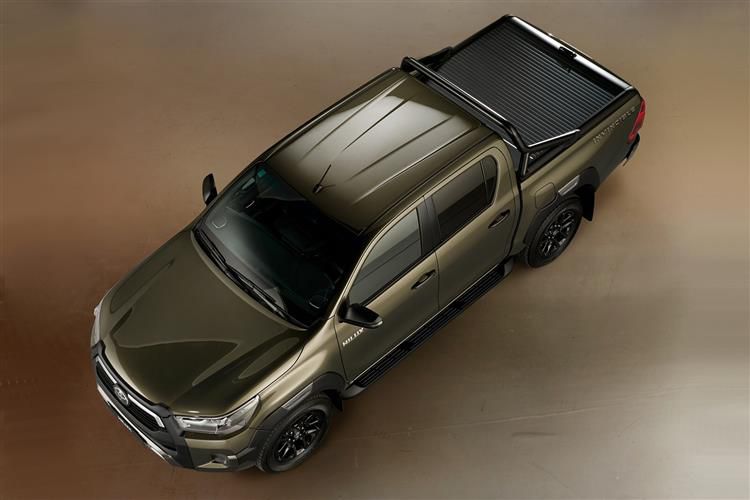 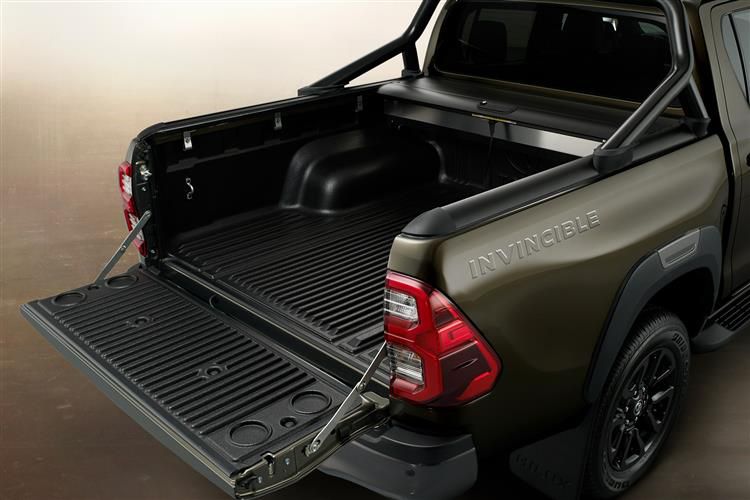 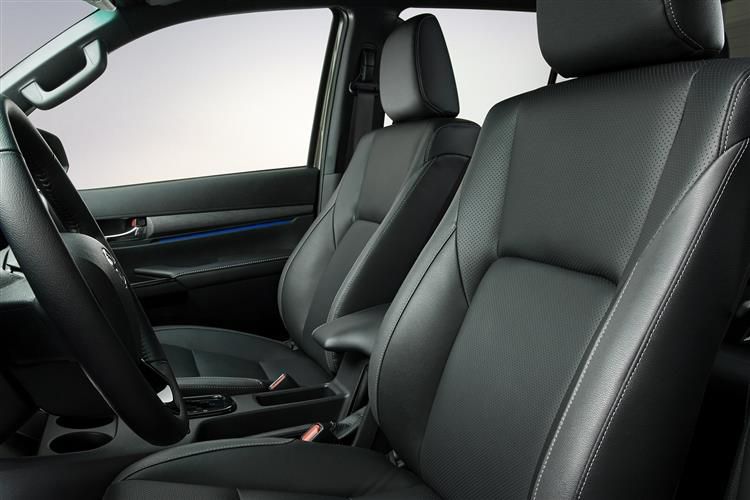 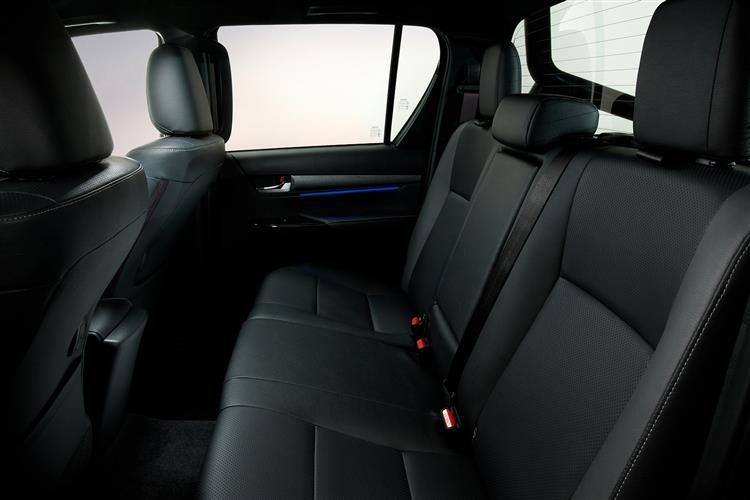 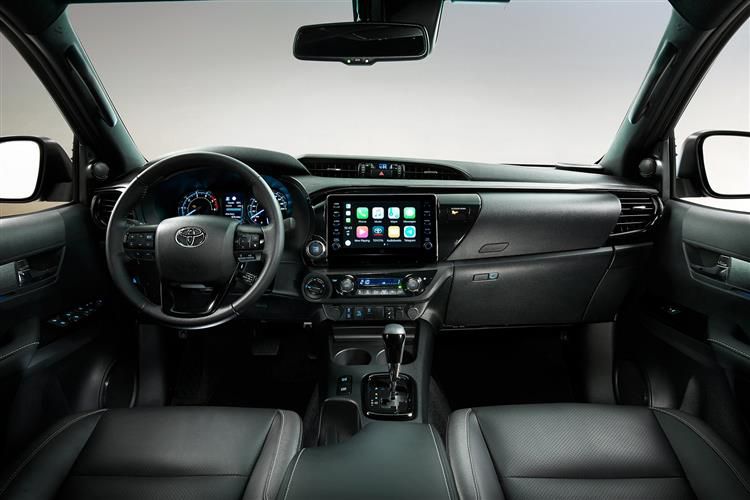 The eighth generation version of Toyota's indestructible Hilux pick-up has a strong heritage. But now it's a little more smartly turned out. Jonathan Crouch takes a look at the revised version.

Toyota's Hilux pick-up has alloys been unbreakable, capable and sensible. But aspirational? Possibly not. This improved version of the eighth generation model might be though. It looks more purposeful, there's more power if you want it and the cabin has been upgraded. But throughout, all the old toughness still remains.

Think of a pick-up and it's quite likely that you'll be picturing a Toyota Hilux. This model has, after all, been a dominant presence in the global pick-up market for around half a century. Around 18 million examples of this truck have been produced in that time and most of them are still pounding the roads and unmade tracks of the 172 countries across the world where this model is sold. This eighth generation 'AN 120'/'AN130' version was first launched in 2016, but was substantially upgraded four years later to create the model we're going to look at here. In its lifetime, this model line has faced and overcome many significant challenges. This is, after all, the vehicle Jeremy Clarkson and Top Gear drowned, threw from the top of a tower block and still drove home. It was the first vehicle to be driven to both North and South Poles. It's conquered the Antarctic, the slopes of live volcanoes and the gruelling Paris-Dakar rally. It is, in short, for everyone from suburban builders to Libyan freedom fighters, a pick-up trusted the world over to get the job done, which is why it's still Europe's best selling model in this segment. Now though, it's a good deal smarter, though Toyota insists that none of the Hilux's essential toughness has been compromised. Still, you might now value this pick-up too much to subject it to the worst excesses.

From the original the launch of this MK8 model, the key change was the introduction of Toyota's 2.4-litre D-4D Global Diesel (GD) engine - and that still remains the line-up's core powerplant. Rather surprisingly, from the introduction of this model, the Japanese maker chose not to give our market the gutsier 2.8-litre diesel it offered to Hilux buyers in our countries - but we get it now. The 2.8 offers 201bhp and 500Nm of torque and can accelerate to 62mph in 10 seconds - up to 3.2 seconds faster than the 150bhp 2.4-litre unit. The more powerful 2.8-litre engine is aimed at customers who require a vehicle that's appropriate for both business and personal use - and those wanting an extremely capable leisure vehicle. It's available with either six-speed manual or automatic transmission. All Hilux variants have all-wheel drive. This is a part-time 4WD system that operates in rear-driven two-wheel drive on tarmac, but you can shift on the move into the 'H4' high range 4WD setting at speeds of up to 31mph, should conditions worsen or you be about to turn onto a muddy track. For really boggy off road work, you're going to want to further consider the possibility of switching into 'L4' low range, again something that's possible on the move, but this time at much lower speeds of up to 5mph. On tarmac, you'll need to remember that the rear suspension is still leaf-sprung, so it can't match the ride quality of Nissan's rival coil-sprung Navara. This pick-up handles secondary route tarmac undulations reasonably for LCVs of its type though, something aided by a clever 'Pitch and Bounce Control' system that automatically adjusts engine torque to suit the road surface.

You'd recognise this as a Hilux - but a somewhat sassier one. Watching rival pick-up brands produce more aggressive designs, Toyota knew it had to give its contender a slice more road presence, so virtually everything at the front end is new - beadier full-LED headlamps, a more imposing three-dimensional grille, a restyled bumper - the lot. The 18-inch alloy wheels that feature on top variants are new too, as are the full-LED tail lamps. And if you wish, you can finish it all off with a fresh 'Titan Bronze' metallic paint finish. As before, apart from a token 'Extra Cab' entry-level model, the whole of the range is built around the Double Cab body style that most pick-up customers want. The cabin's more familiar - this is after all, a facelift rather than a new generation model. But the analogue instrument cluster gets a new central display, plus the centre-dash 8-inch Toyota Touch infotainment screen has been updated and now includes 'Apple CarPlay'/'Android Auto' smartphone-mirroring. And you can now have a thumping 9-speaker JBL audio system upgrade if you want it. In the rear seat of the Double Cab variant, the bench still has a useful 60:40-split tip-up function so that valuable things like tools can be kept away from prying eyes.

Prices haven't changed too much. As before, you'll need to think about budgeting from around £23,000 for the single 'Extra Cab' version with its occasional rear seats. The rest of the range is made up of Double Cab variants. Toyota's 'Safety Sense' package features across the range, providing a Pre-Collision System, Lane Departure Alert, Automatic High Beam and Road Sign Assist. On plusher models, you'll find luxury features like smart entry and push-button start, satellite navigation, automatic air conditioning, front and rear parking sensors and a nine-speaker JBL premium sound system with an 800W eight-channel amplifier and CLARI-Fi technology for improving the reproduction quality of digital music files. The range-topping Hilux Invincible X Double Cab is distinguished by exclusive exterior styling details, including bespoke grille and front bumper, skid plate, over-fender, door handle and tailgate designs. The Invincible also comes with its own instrument combimeter design, interior black metallic and dark chrome trim accents and even a model-specific key. There is also "clear blue" illumination on the door trims and two-tone perforated leather seat upholstery. Customers can choose from a wide range of accessories to personalise their Hilux and equip it to suit their specific work or leisure requirements. Items include a range of hard tops and roll covers, a locking tailgate and a 12V power supply mounted on the deck.

There's plenty of space in the load bay, one cubic metre in the Double Cab model, a figure that rises to 1.2m3 in the Extra Cab version. In the Double Cab, there's 1545mm of load space length and 1515mm of load space width, narrowing to 1100mm between the wheel arches. There's 450mm of loading height and a total payload capacity of up to 1,060kg, depending upon the version you choose. There's a 3.5-tonne towing capacity. And WLTP running costs? Well, the 2.4 GD unit struggles a little with the weight of this pick-up, which explains the combined mpg figure (a best of 30.4mpg) and the CO2 reading (up to 244g/km). There's a Selective Catalytic Reduction system that uses an Ad Blue additive (something you have to top up beneath the bonnet) to remove up to 99% of all NOx emissions. Auto models also get a clever 'Deceleration Downshift Control' system that optimises downshifts when decelerating to gain better fuel efficiency. Across the range, service intervals are at 24 months or 20,000 miles and there's a 5 year/100,000 mile warranty.

The Toyota Hilux has always scored well with those who need a tough pick-up that drives better than the class norm. Rival manufacturers though, have copied this formula and added a more refined feel to their wares and as a result, the Hilux felt as if it was falling off the pace a little. So the round of revisions made to this eighth generation version are welcome, giving this pick-up a classier feel. Our only real issue here is that the frugality of this model's volume 2.4-litre diesel engine is rather masked by this Hilux's prodigious weight. Ultimately though, this remains one of our preferred options in the pick-up segment - and we're not alone. From Alaska to the Sahara to the Australian Outback, this is the vehicle of choice for people who need to get the job done. Drive one and you'll see why.