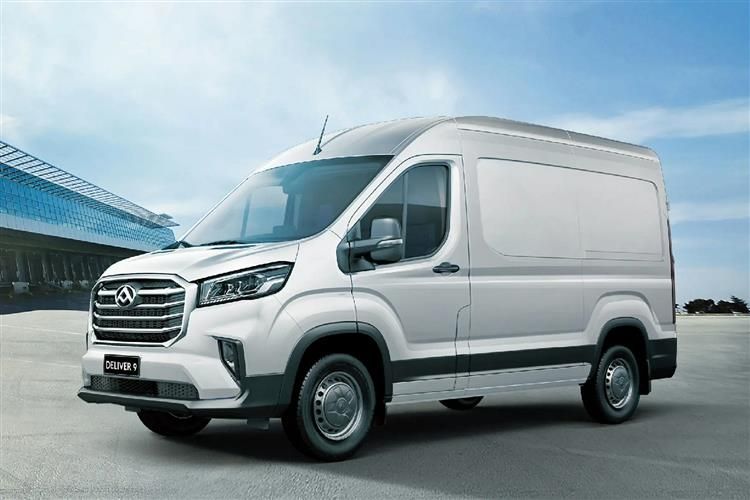 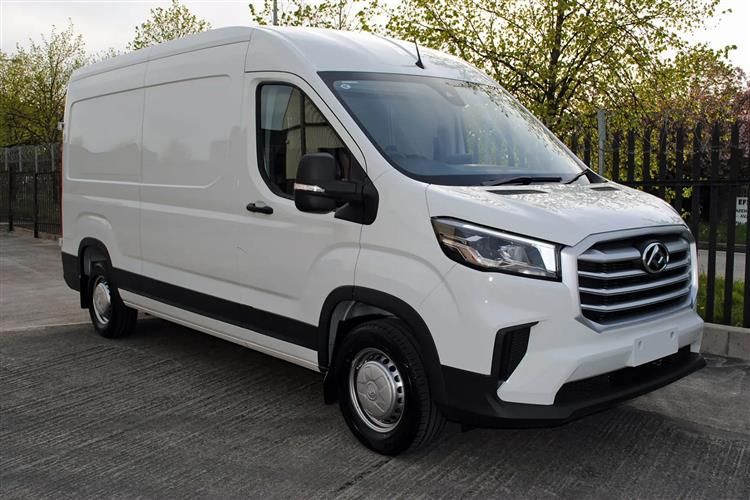 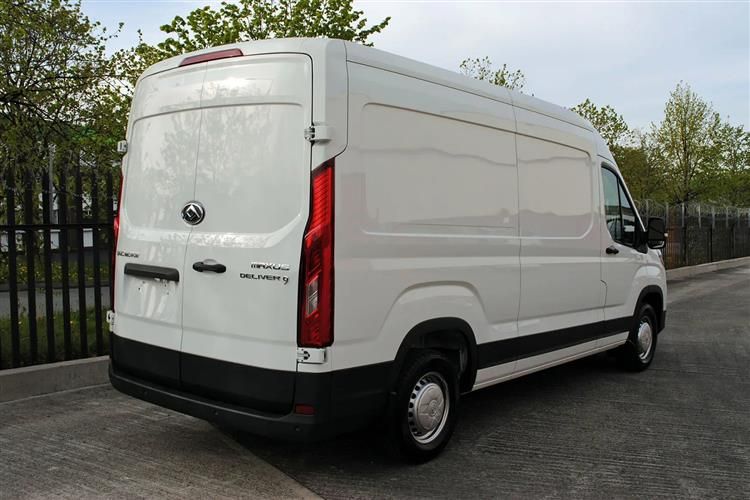 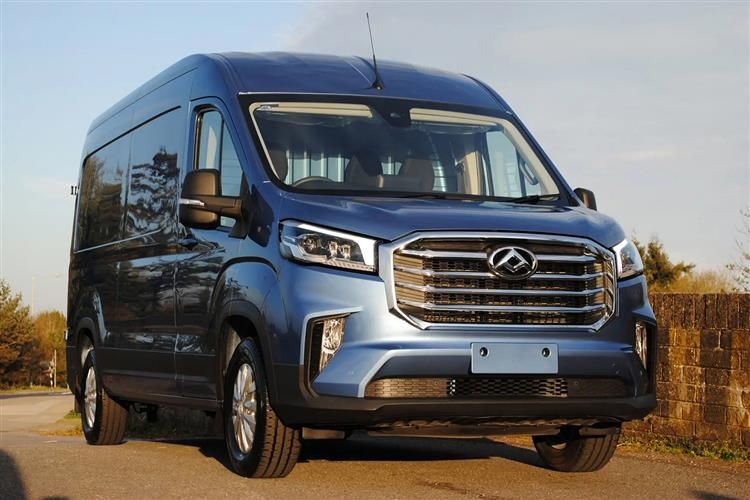 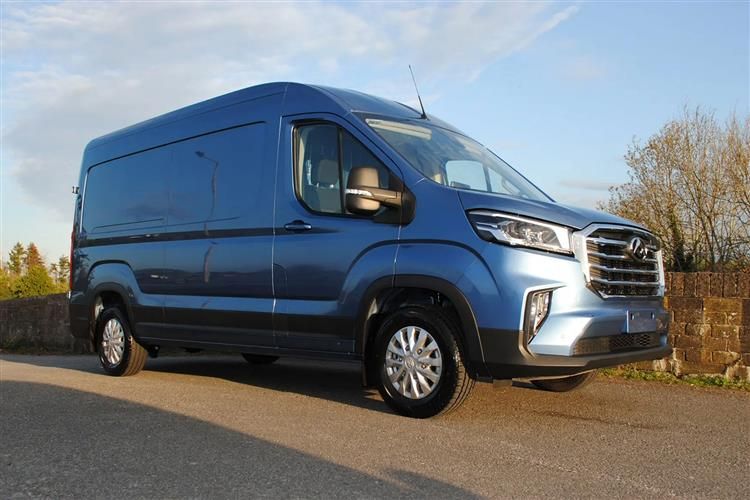 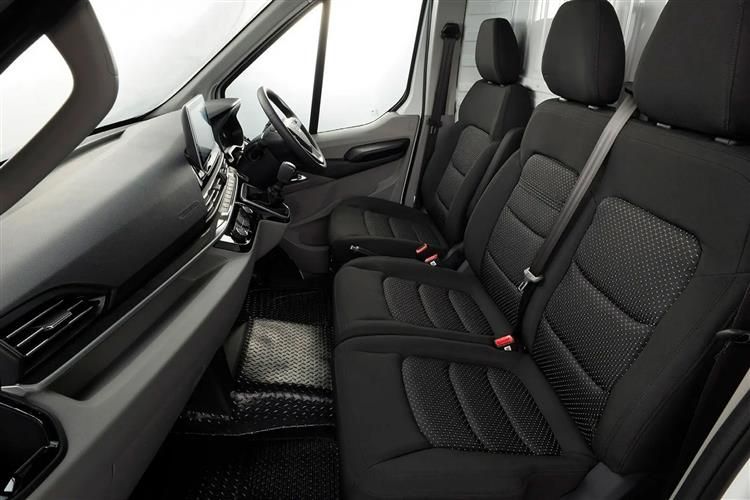 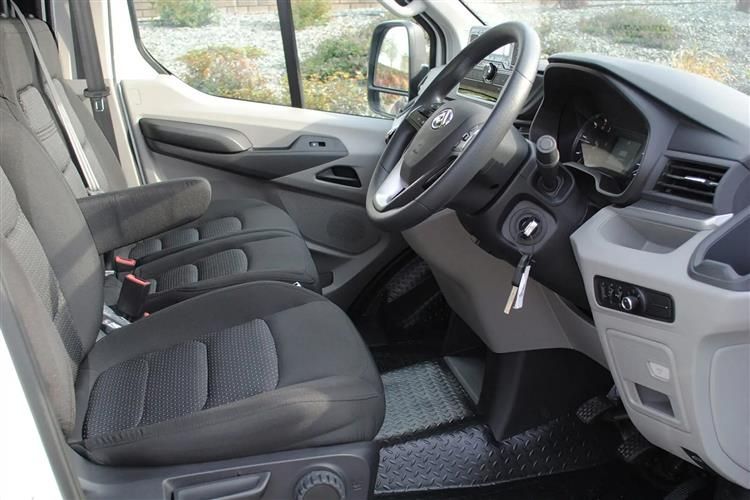 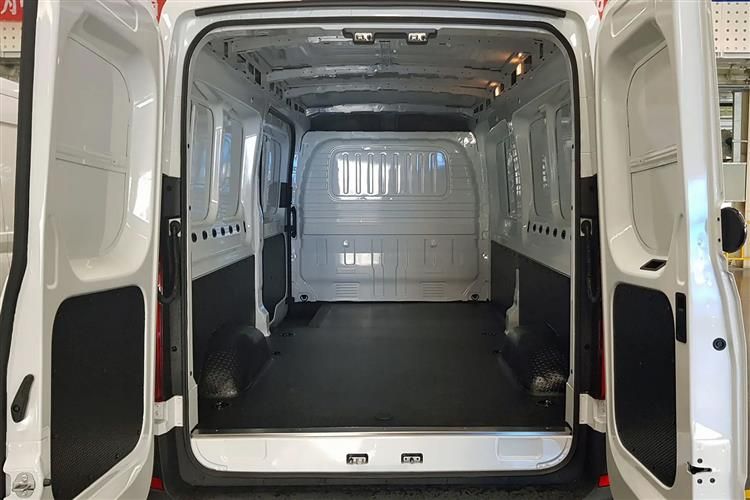 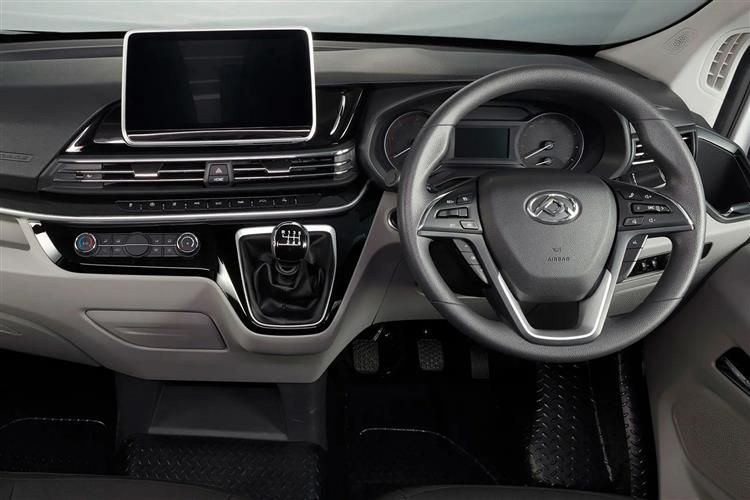 Chinese brand Maxus is aiming to shake up the commercial vehicle market with this large-segment Deliver 9 model. Jonathan Crouch checks out what's on offer.

No, of course the Maxus Deliver 9 doesn't have quite the sophistication of the volume players in the large van segment. It wouldn't do because it costs a lot less than its competitors. Yet it will probably serve the needs of your business just as well. In short, if you need profit more than polish, this contender could be worth a try.

You probably haven't heard of Maxus. It's a new name for LDV, a once-British van brand which was bought by Chinese manufacturing giant SAIC in 2009. To begin with, SAIC kept the LDV name and dusted off the old Maxus model that LDV was selling before it went into receivership. Now though, at last, the Chinese conglomerate has come up with a completely new van design, so think the time is right for a change of brand name - to Maxus. This Deliver 9, the Maxus marque's first design, isn't quite as spectacularly affordable as the old LDV V80 model it replaces but it's a far more modern product, like the V80 aimed at the large van segment.

Power for the Deliver 9 comes from a 2.0-litre turbo diesel unit that's only available in 163PS form matched with a 6-speed manual gearbox. It's usually offered in front-wheel drive, but the biggest body shapes get a rear wheel drive option too. Electric power steering features across the range. From start-off, the noise of the engine betrays its age, but once you get going, refinement is reasonably acceptable and there's quite enough torque (375Nm) to pull the heavy loads that likely buyers will need to shift, reducing the need for frantic gear swapping when a steep incline is encountered. The top speed is 100mph and there's a 2,500kg braked towing capacity. So yes, the performance on offer is likely to be quite sufficient for your needs. Like almost all vans, particularly large ones, the cornering demeanour of this one improves quite a bit when there's a bit of a load in the back. When you're running empty, it's rather prone to being unsettled over bumps. And whatever your Deliver 9's load configuration, you'll certainly feel the larger potholes and tarmac tears you'll come across in typical urban motoring. When the time comes to slow down, you'll be thankful for the reassuring feel of the standard all-round disc brakes. Brake assist complements the usual ABS system for emergency stops and ESP stability control is standard too.

There's nothing much wrong with the way this Maxus model looks - you wouldn't immediately pigeonhole it as a dated design. There's a prominent front grille (chrome-finished on the top variant), flanked by halogen or full-LED headlamps, plus LED daytime running lights also feature. Inside, with top 'Luxury'-spec, you get a touchscreen-enabled infotainment system with 'Apple CarPlay' and 'Android Auto' smartphone-mirroring. You won't be expecting tactile plastics around the cabin - and you don't get them, but it feels modern enough behind the wheel and the driver's seat is actually quite comfortable, with plenty of adjustment. Everything seems built to last - this feels like a cabin that could withstand the rigours of a hard working life. A practical load area is fundamental in any LCV and the Deliver 9 meets the class standard in this regard. It features a heavy-duty bulkhead and rear doors that open to 260-degrees for easy loading. And extra features include a low rear step, lashing rings, grab handles and an LED illuminated load compartment.

The Deliver 9 panel van comes with three body lengths and three body heights. The biggest options in each case ('Long' and 'Extra High) can be had with either front or rear wheel drive. Otherwise, you'll be looking at a front wheel drive model. Prices start from around £30,000 ex VAT - that's for a 'Long' 'High roof' variant. That could save you a really substantial amount over equivalently-shaped versions of some other large vans. Makes you think doesn't it? Beyond the standard panel van body style, Maxus offers a number of variants in the Deliver 9 range, including crew cab, chassis and minibus models, while a network of specialist converters can also create a bespoke van to cater for most driver and business needs. All models include cruise control, air conditioning, rear parking sensors and autonomous emergency braking. The plusher 'Luxury' trim level - recognisable by a unique chrome- finished hexagonal signature grille, adds niceties like 16-inch alloy wheels, LED headlamps, front parking sensors, an adjustable over-speed alarm, keyless entry and some extra safety features like a Blind Area Monitoring system and a Lane Change Assist set-up. Inside at 'Luxury' level, there's a 10-inch centre-dash touchscreen with 'Apple CarPlay'/'Android Auto' smartphone-mirroring and a reversing camera.

Maxus reckons that new vehicles don't have to be as expensive as they are. Dacia has proved that in the car market. Now this Chinese brand is doing the same when it comes to commercial vehicles. You do at least have a choice. The LDV brand the Maxus marque was sired from provided that choice by re-branding an ageing product. But the Deliver 9, if not quite as sophisticated as some of its volume brand segment rivals, does feel every inch a modern large LCV. And it can offer running costs that are at least now in the same ballpark as competitors. Which wasn't the case with the old LDV V80. Yes this Deliver 9 is only a starting point for the Maxus brand in our market, but it's still probably a large van that many more small to medium-sized operators really ought to be considering. After all, when it comes to price, size matters.

per month
Initial rental:
Total price:
Finance Type (Contract hire)
Business
Personal
Contract length (months)
24
36
48
Initial rental (months)
1
3
6
9
12
Annual mileage
8000 miles per annum
Vehicle maintenance
Yes
No
No - I understand I will be responsible for all scheduled servicing, maintenance & tyres of my vehicle
Yes - I would like my vehicle maintained and serviced throughout the term of the contract