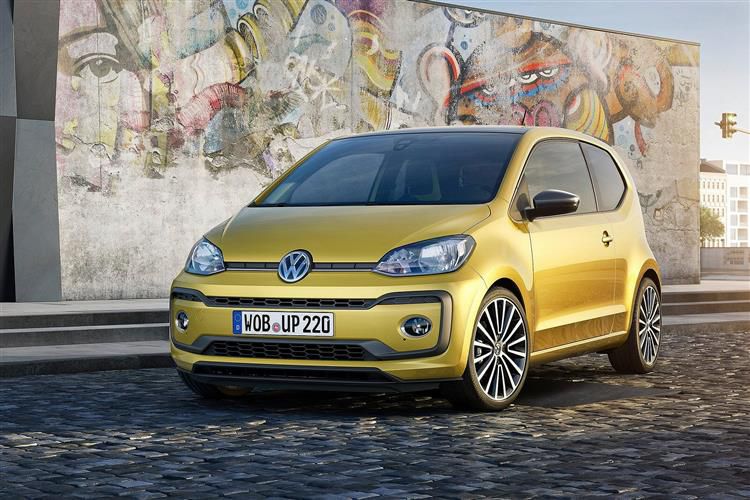 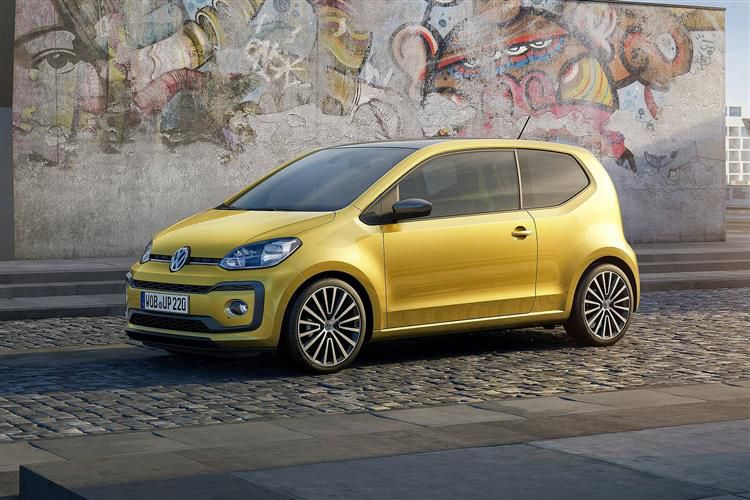 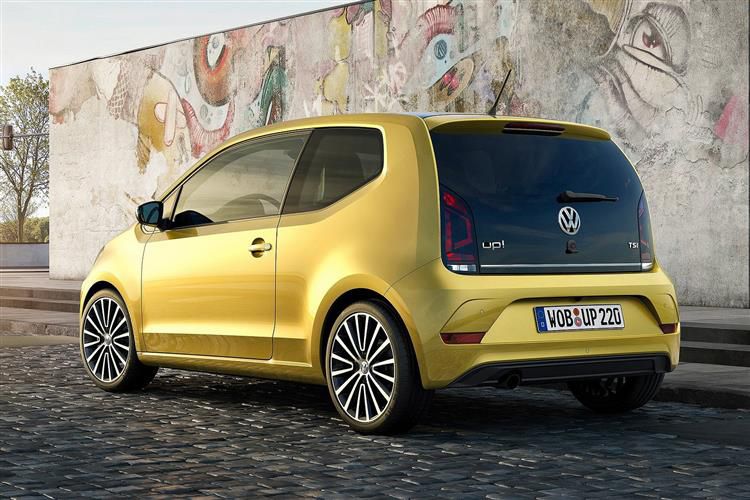 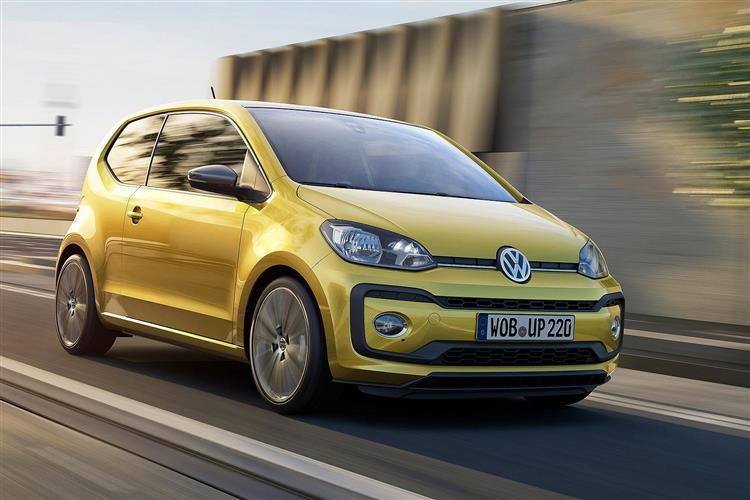 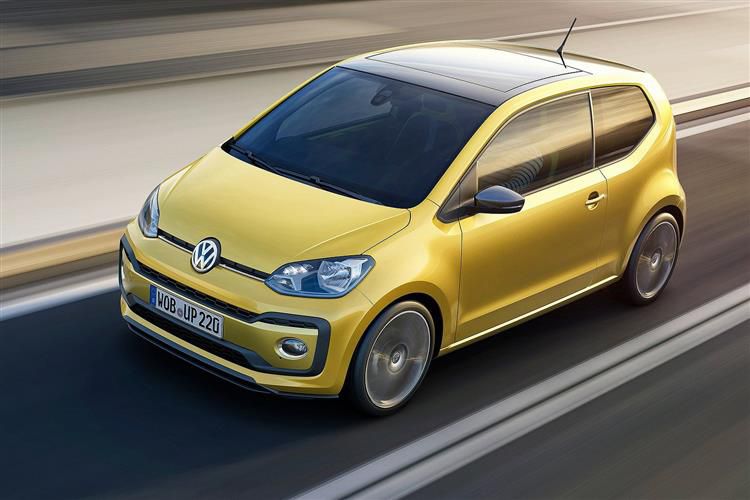 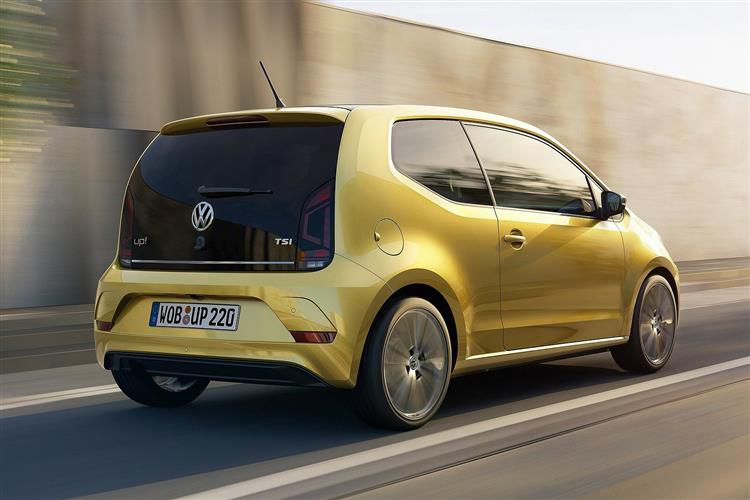 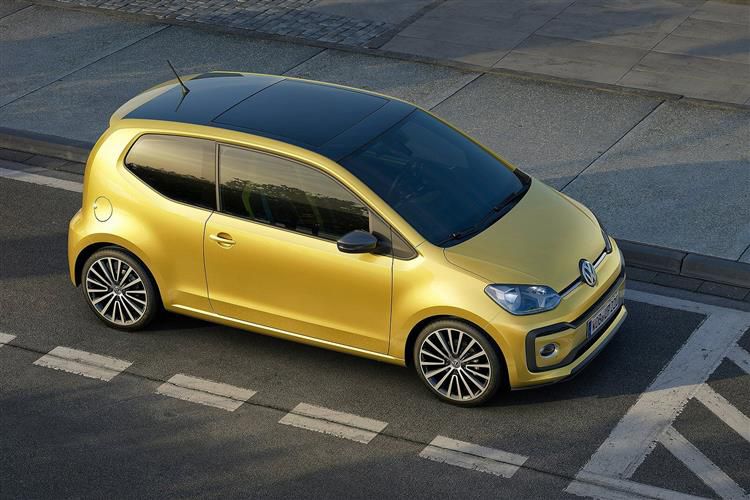 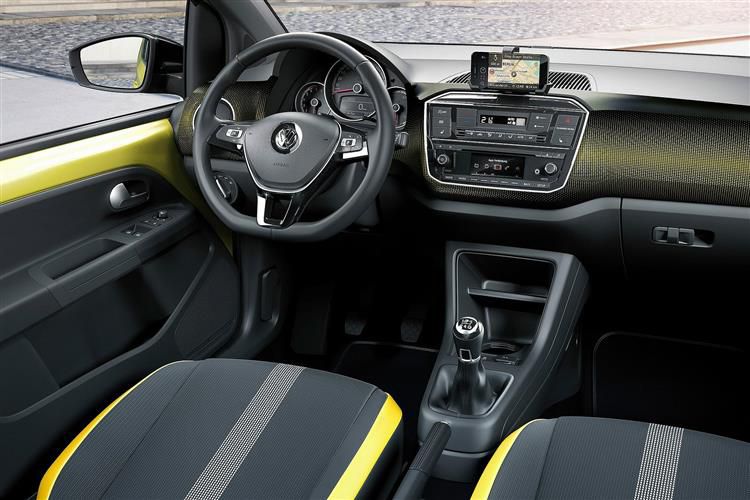 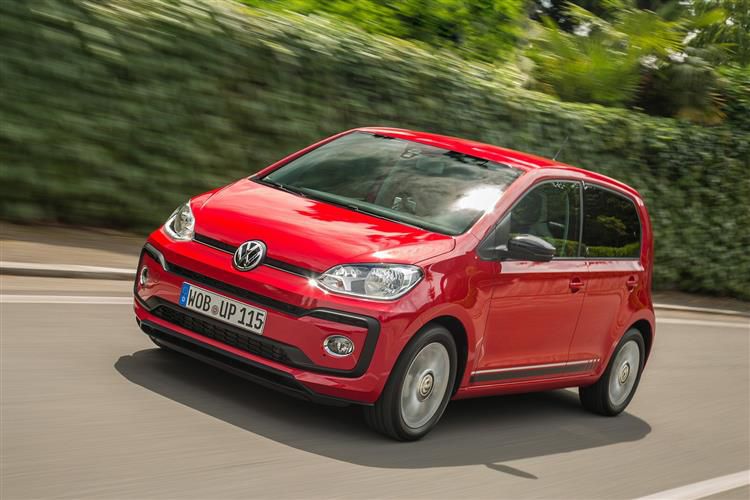 With the improved up!, Volkswagen can offer citycar buyers a very competitive proposition indeed. Jonathan Crouch checks it out

A proper Volkswagen - just a smaller one. The up! Has enabled the German brand to regain the initiative in the important citycar sector and this little car still sets a high standard for contenders in this class, adding in turbo 1.0-litre power at the top of the range. Frugal, fun, clever and competitively priced, the up! Is a key model to consider, not only for those in the market's smallest segment but also for people buying a compact car of any kind.

In concept, Volkswagen's up! was smarter even than the finished product we see here, the original 2007 prototype rear-engined just like the early Beetle as the German designers sought to find more space from an ever-smaller roadway footprint. But such complexity would have made the finished production version as expensive as 'lifestyle' small cars like the MINI or the Audi A1. Which wasn't the point at all. This, the company decided, must be something almost anyone could afford. In any case, it could still be clever even if it was conventional. If the engine could be smaller, the wheelbase longer and the overhangs shorter, the ambitious cabin space goals set by the rear-driven concept could still be achieved. A basic formula to which has been added all manner of innovation. Depending on its purpose and the preference of its buyer, an up! can guide you with Google. It can brake itself to avoid an accident. It can be a hot hatch. Or, at the other extreme, an electric runabout. It can, in short, be all things to all people. A real Peoples Car.

All mainstream models use the same 60PS normally aspirated 1.0-litre powerplant. This features a characteristic offbeat rasp that isn't unpleasant and rather suits this car's rather individual charisma. You'll certainly be hearing plenty from the engine if rapid progress is needed, for without a turbocharger to boost torque, this unit needs to be revved quite a bit, peak power not arriving until 6,000rpm, only 600rpm shy of the red line. The sprint to 62mph occupies 14.4s on the way to 99mph, quite enough to keep up with the traffic. Rather more rapid is the GTI variant, which uses the brand's turbo TSI petrol engine in 115PS form and sprints to 62mph in just 8.8s en route to 122mph. But this little pocket rocket is about far more than just straightline speed. It's a great little B-road blaster. The other up! alternative is the battery-powered e-up! model, now improved with a larger 32.3kWh battery, with a WLTP driving range enhanced to 159 miles.

Not too much has changed with the looks of this car in recent years. So as ever, there's a diminutive total length of around 3.5-metres, yet a wheelbase that takes up nearly 2.5-metres of that. Which is why, though an up! Is no longer than a Fiat 500, it offers far more room inside, space in fact for the four fully-sized adults who could never comfortably fit in the apparently space-efficient Italian car. How has this been done? By shortening the front and rear overhangs as much as the designers dared, something only possible at the front by mounting the radiator alongside rather than in front of the very compact engine. The result is a tardis-like interior just as big as that of Volkswagen's far pricier Polo supermini. Take luggage space as an example; as long as you can lump your stuff over the rather high sill, you'll find 251-litres of space - or 951-litres with the seats folded. Inside, there's a cool dished three-spoke steering wheel fashioned from light magnesium and framing an instrument cluster of refreshing simplicity. A pity though that it's still only adjustable for height, not for reach. The interior design with its large speedometer is clean and easy to get to grips with, featuring high gloss back trim and a compact centre pod for many of the minor controls. True, there's no shortage of hard plastics, but this doesn't feel like a car that's been ruthlessly built down to a price. It just feels agreeably minimalist.

Pricing sits mainly in the £12,000 to £16,000 bracket, though the all-electric 'e-up!' will cost you just under £20,000, once the government grant has been subtracted from its asking price. As usual with the up!, there's a choice of either three or five-door bodystyles (though you can only have the three-door with either base or GTI trim). There are now seven spec levels. These kick off with the standard up! model, then there are the trendy 'White Edition' and 'Black Edition' variants, plus the 'beats' derivative, before you get to the mildly sporty-looking 'R-Line' version and the properly sporty GTI derivative. At the top of the range is the battery-powered e-up!. Buyers can choose from a range of customisable dashboard designs and specify a 300W BeatsAudio sound system. Bear in mind that the bottom end of the pricing spectrum gets you a very basic car indeed, so most will want to find extra cash to move up! the range. The 'R-Line' models for instance, add ambient lighting, a customised dashpad, heated front seats, a multifunction steering wheel, six loudspeakers, fog lamps with integrated static cornering lights and 16-inch 'Triangle Black' alloy wheels.

Any citycar stands or falls on its ongoing costs and here, the up! looks to have all its bases covered. Thanks in part to a low kerb weight of well under a tonne, the mainstream 60PS 1.0-litre models will return a WLTP-rated combined fuel economy figure of 51.4mpg with NEDC emissions pegged at 100g/km. Opt for the HTI with its 115PS TSI turbo engine and the figures are 53.3mpg and 110g/km. If you really want to minimise your running costs, then you'll want to look at the e-up! full electric version. A standard full charge will give you 159 miles of WLTP driving range and takes less than nine hours from a standard 230-Volt, 2.3 kW household socket. On top of this, all e-up!s have a DC fast-charging circuit as standard. Using the Combined Charging System (CCS), this enables a flat battery to be charged to 80 per cent in 30 minutes, at levels of up to 40kW using a DC supply.

The up! Remains the very essence of a small, affordable Volkswagen, a high quality class-less car very much in the mould of the original Beetle. One of the lightest small runabouts you can buy, it still manages to feel solid, a triumph of packaging and design that's streets ahead of any citycar the brand has yet brought us. Highlights include superb space efficiency, a brilliant detachable infotainment system and a city braking function that'll pay for itself in peace of mind. All very clever and in execution, all very German - which might have delivered to the showrooms a very impressive but essentially rather soul-less result. Fortunately, the up! Has enough character to make you like it as well as admire it - and that'll be crucial in an increasingly fashion-led market segment. If you like the look and you can afford to go beyond entry-level poverty spec, then there aren't too many downsides here. A few rivals can better the running costs - but not by much. Overall then, this is the embodiment of friendly functionality behind a badge you probably thought you couldn't afford. With potential cleverness you almost certainly won't be expecting from something citycar-sized. A thumbs up! Then? That's about the size of it.