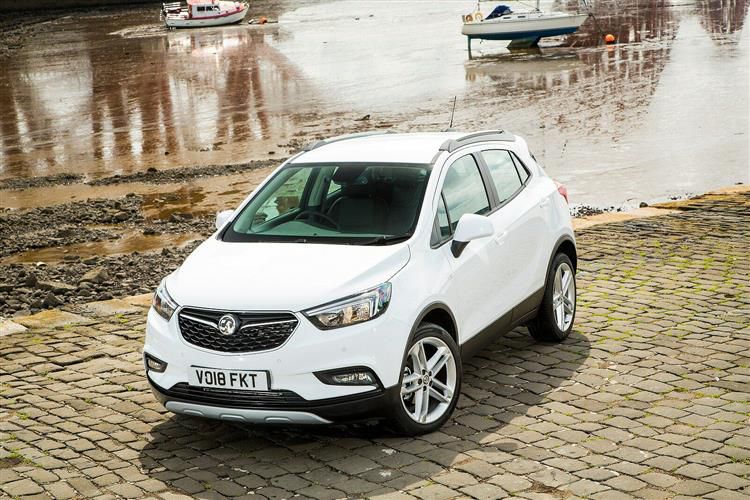 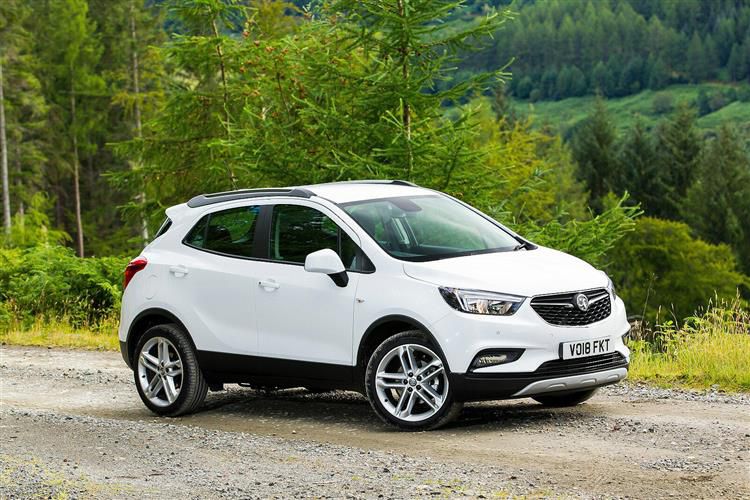 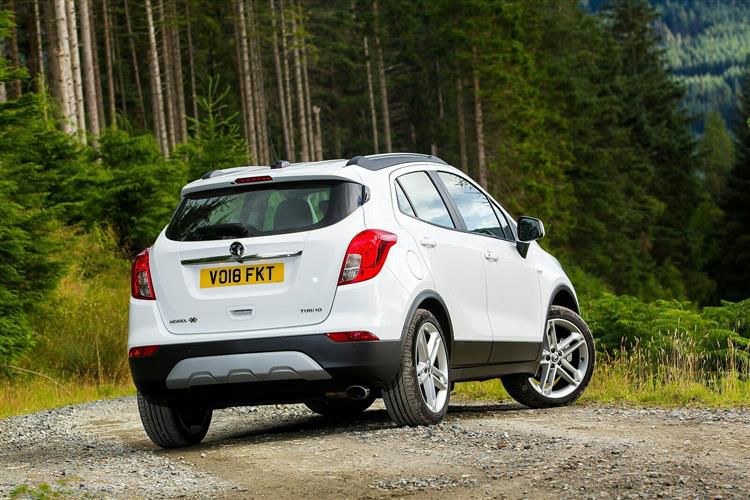 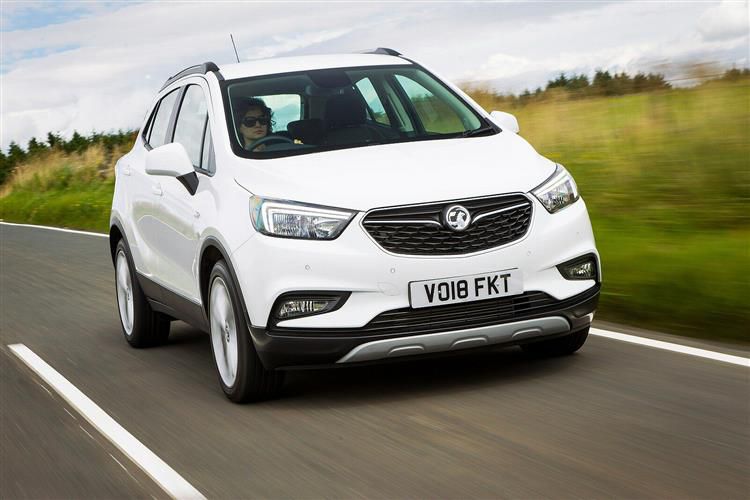 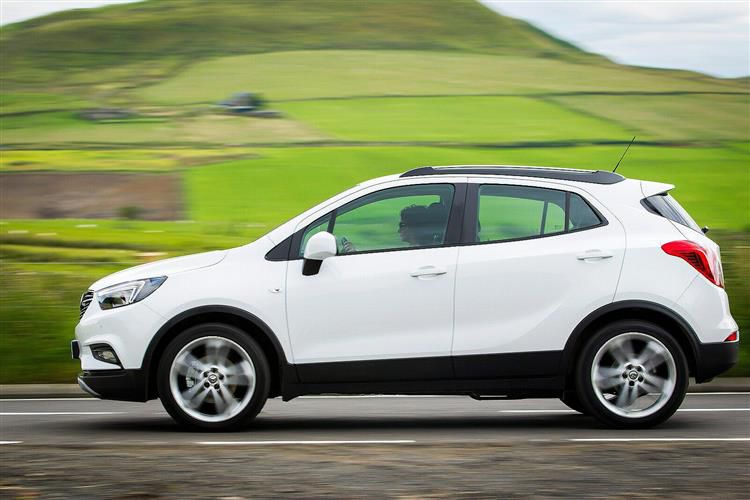 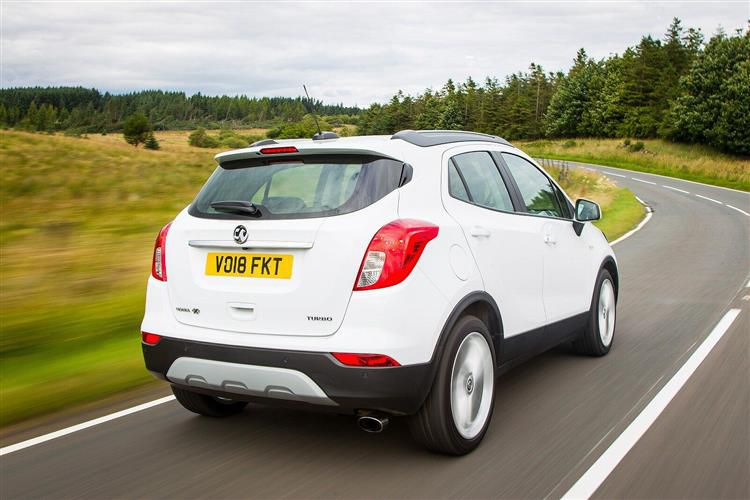 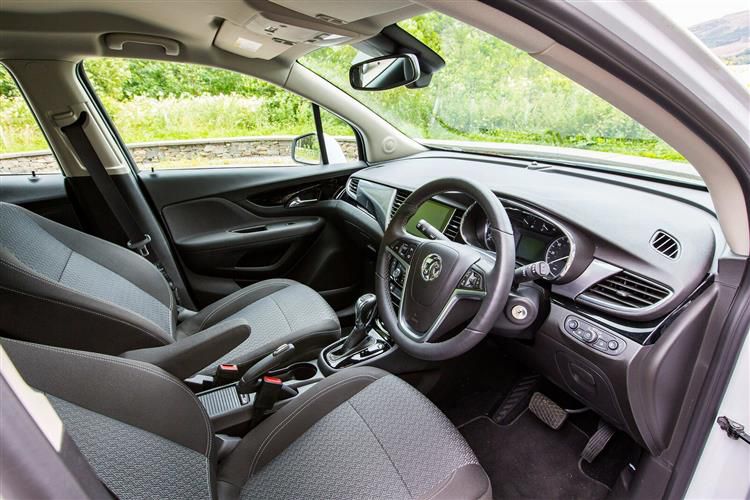 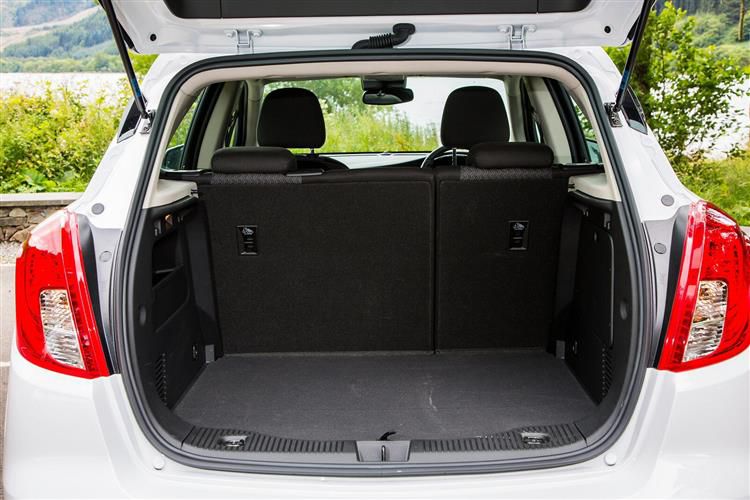 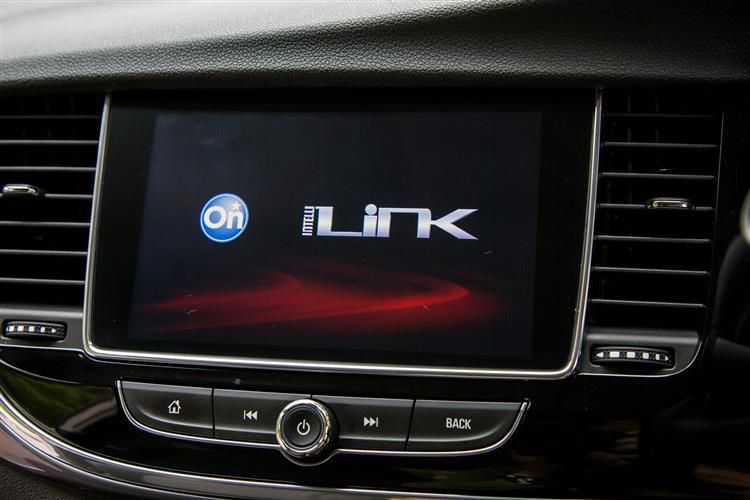 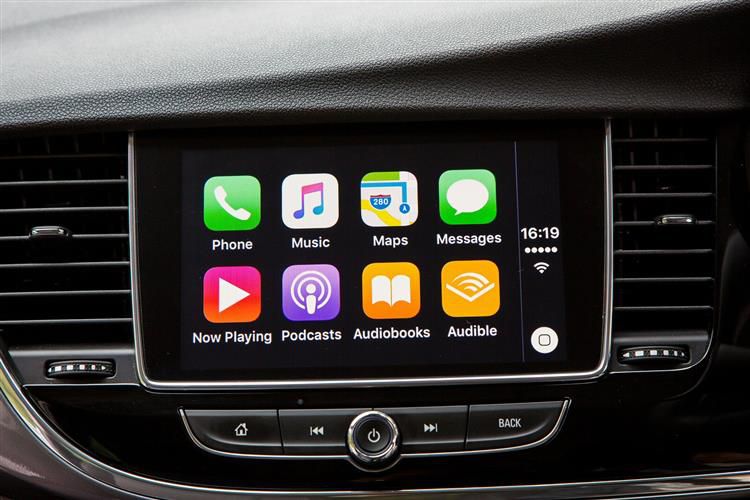 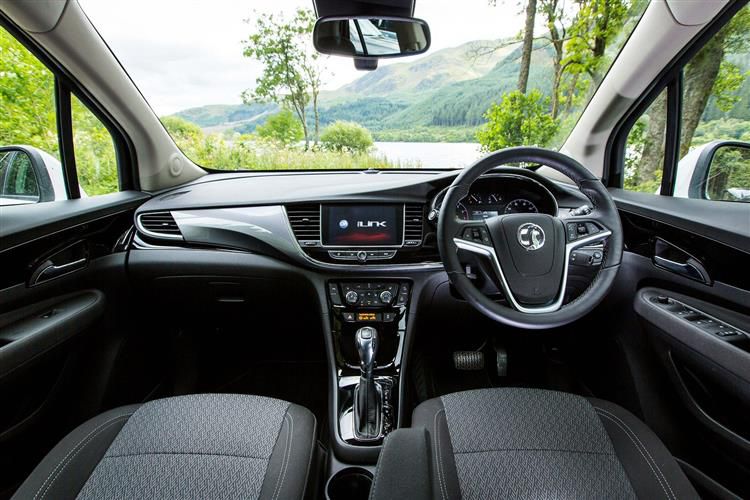 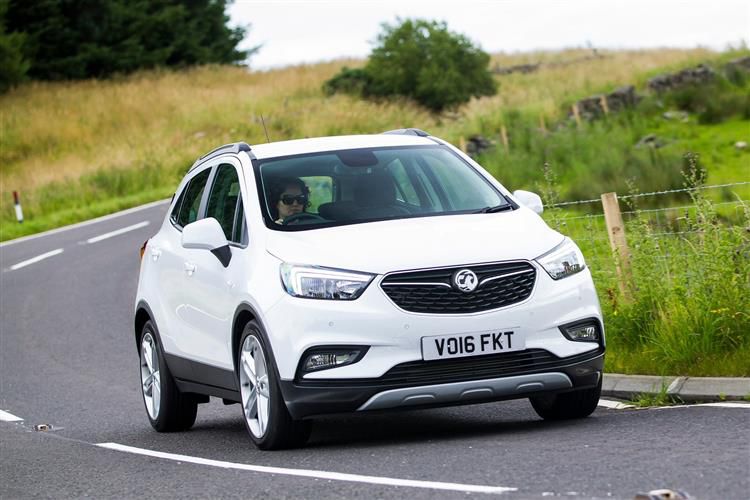 RELAXING WITH A MOKKA

A small, trendy little SUV model can also be a practical choice. If you doubt that, take a drive in Vauxhall's Mokka X. Jonathan Crouch checks it out.

Vauxhall's Mokka X was the first model to introduce the 'X' segment identifier for Vauxhall SUVs and sits between the Crossland X and the Grandland X in the company's current range. It's versatile, capable and practical, plus it comes with impressive connectivity, a smart cabin and the option of the kind of 4WD system that's often lacking in this sector.

Vauxhall's Mokka has done good business for the Griffin brand in its growing compact SUV Crossover segment. Over half a million examples of this Korean built contender have found homes across Europe since its original launch in 2013. But time moves on and so has the competition. This car faces a much stronger challenge now than it did at its original launch. Hence the introduction in 2016 of the Mokka X model range we're going to look at here. The changes made to create this Mokka X design from the original Mokka model weren't too far reaching. Buyers got a smarter front end, plus inside, an upgraded cabin which features Vauxhall's clever 'OnStar' connectivity system. Under the bonnet, the car gets the brand's efficient, 1.6-litre CDTi 'whisper diesel' engine, plus a perky 1.4-litre petrol unit. A Vauxhall then, that is in every way a car of its time, very much chiming with the new face of a changing brand. Let's try it.

Mokka X buyers are people likely to be enthusiasts for life rather than for cars. So they may not care that this car isn't quite as sharp and wieldy as a rival Nissan Juke, nor does it have the 'big SUV' polish of a comparable Honda HR-V. Instead, there's a potentially pleasing compromise between the two. Under the bonnet, there are two engine options. You'll need the 140PS 1.4-litre turbo petrol unit if you want the option of 4WD and automatic transmission. If you're happy with front wheel drive and a stick shift, then arguably a better all-round choice is the 1.6-litre CDTi diesel, which puts out 136PS. It's capable of a top speed of around 117mph and rest to sixty in around 10.3s. You get a lot more pulling power with this unit - 320Nm in all. Every Mokka X is theoretically capable of towing a braked trailer of up to 1200kg in weight, but this diesel variant is the only one that'll really take such a task in its stride. As you might expect, the AWD system provided on petrol versions of this car is a simple one - one of those fully adaptive set-ups that reacts to the surface you're driving over. So there are no knobs and levers: just a set of sensors that constantly monitor things like your steering angle, the wheel speeds, the throttle pedal position and the engine revs. Based on all this data, the electronic torque transfer device that controls the whole system will always know when extra traction is required, at which point it will automatically and seamlessly send up to 50% of the engine's torque from the front to the rear axle.

The Mokka's compact size - it's 4.28m long - places it in the upper part of the compact Crossover segment. In other words, in terms of exterior dimensions and cabin space, it's more Skoda Yeti than Nissan Juke - but not quite Nissan Qashqai size. For this improved 'Mokka X' model range, British designer Mark Adams and his team have tried to create a bolder look. This means a wing-shaped horizontal front grille and the dominant, sharp double-wing signature of the LED daytime running lights. At the rear is another double wing signature highlighted in the tail lamps, with LED technology an option. Vibrant new colours such as 'Amber Orange' and 'Lava Red' are also available. On the inside, the Mokka X has a completely new dashboard inspired by the latest Astra. Otherwise, it's much as it was. In the back, the rear seats benefit from wide opening doors that simplify the fitment of a child seat, though that sharply rising waistline might restrict the view out for smaller occupants. As for luggage room, well, there's no high boot lip to negotiate and beyond it lies 356-litres of carriage space - about the same as you'd get in a MINI Countryman but 30% more than you'd get in a Nissan Juke.

So, this Mokka X is a small, trendily-styled five-door little SUV/Crossover isn't it? Well yes. So it'll be priced directly against the other car we tend of think of in this market sector, Nissan's Juke, won't it? Well, no. Vauxhall points out - correctly - that their car is a significantly larger thing - hence the price span for the range that lies in the £23,000 to £27,000 bracket. You'll need around £27,000 for the least expensive 4x4 Mokka X model. As well as the extra space, you get more kit than you would on more compact small SUVs like Nissan's Juke and Renault's Captur. There's a choice of six trim levels, 'Active', 'Design Nav', 'Griffin', 'Griffin Plus', 'Elite' and 'Elite Nav'. Standard equipment on the mid-range 'Design Nav' models most will choose is impressive and includes 18" alloy wheels on most models, plus LED daytime running lights, front fog lights and silver roof rails on the outside. Inside the cabin, drivers will benefit from an 8-inch touch screen with Vauxhall's IntelliLink Infotainment system, as well as the innovative OnStar personal connectivity and service assistant. The top 'Elite' trim levels include a full leather interior, heated front seats and steering wheel, plus tinted rear windows.

The 136PS 1.6-litre CDTi diesel is the unit you'd probably ideally want and it returns a very class-competitive set of stats - up to 58.9mpg and 127g/km of CO2. The picture's not quite so rosy when it comes to petrol power. The 140PS 1.4 petrol unit manages up to 43.5mpg and 150g/km in front-driven form; or 40.4mpg and 162g/km with auto transmission. A 1.4 petrol 4x4 manual Mokka X manages 39.2mpg and 167g/km. What else? Well, Vauxhall being a mainstream brand, residual values aren't as strong as, for example, you'd get from a rival Honda HR-V, but the Mokka X claws the advantage back with modest cost of options and very affordable servicing you can budget for with a range of pre-paid servicing plans. There's an unremarkable, but potentially extendable, three year 60,000 mile warranty.

Not too long ago, it was hard to think of a more conventional brand than Vauxhall. But that was then. Here's how the company is thinking now: looks a lot more appealing doesn't it? True, this Mokka X still isn't the most dynamic car of its kind: Nor is it as affordable as some might expect - but that's only an issue if your comparison is with something smaller, much less well equipped and probably more feebly powered. Look clearly though, as we've tried to do here, at what you actually get for what you actually pay and the Mokka X makes fashionable sense. With styling and size almost perfectly pitched, it's practical, well equipped, affordable to run and, in 4x4 form, seasonally capable too. A car with an appeal that builds as your interest in it grows. The kind of car Vauxhall needs to make. For a more fashionable future.