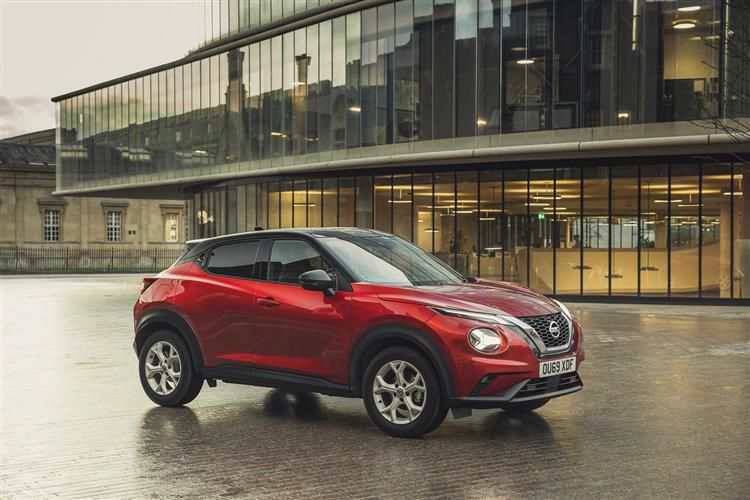 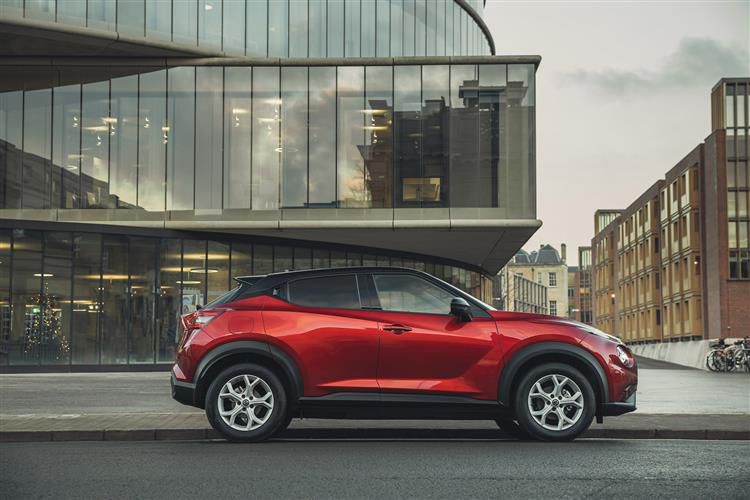 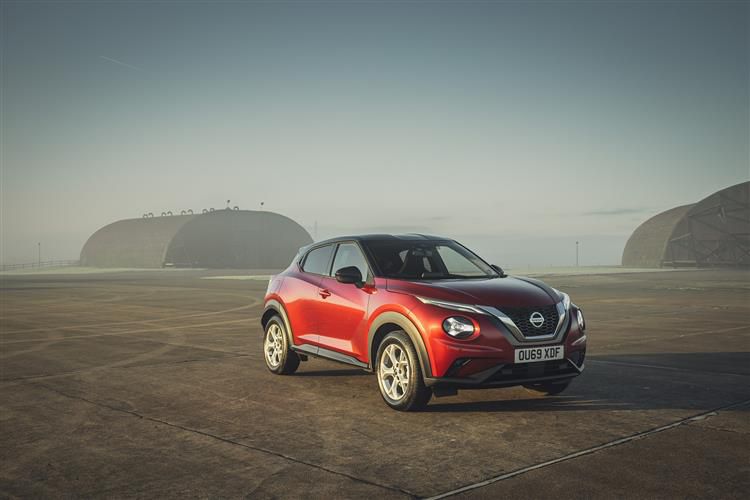 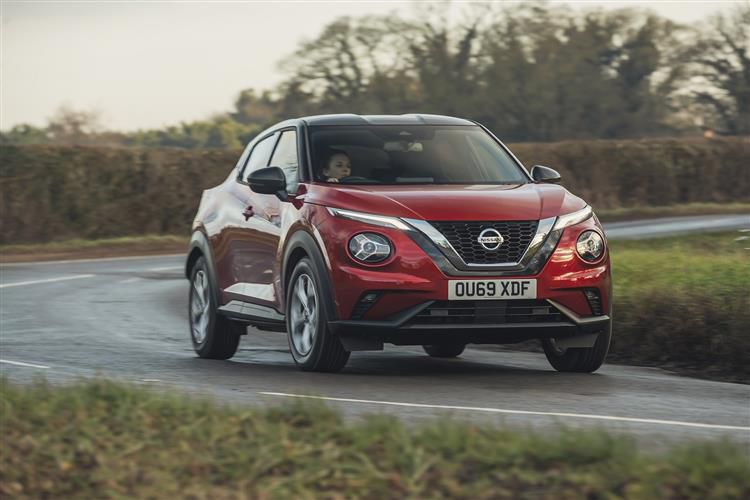 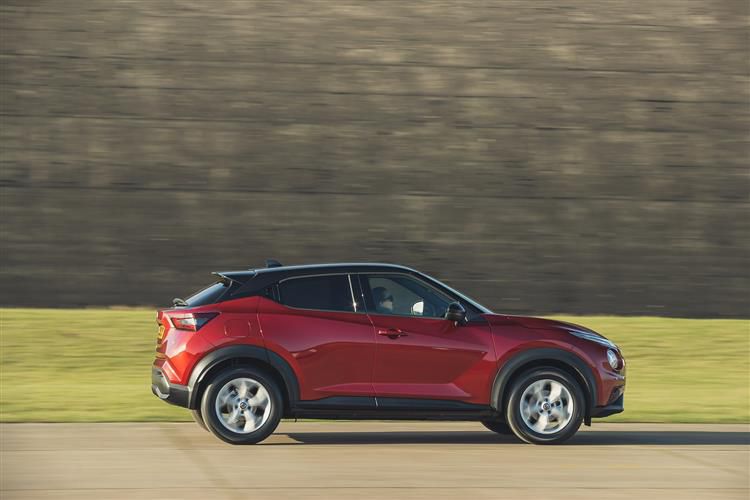 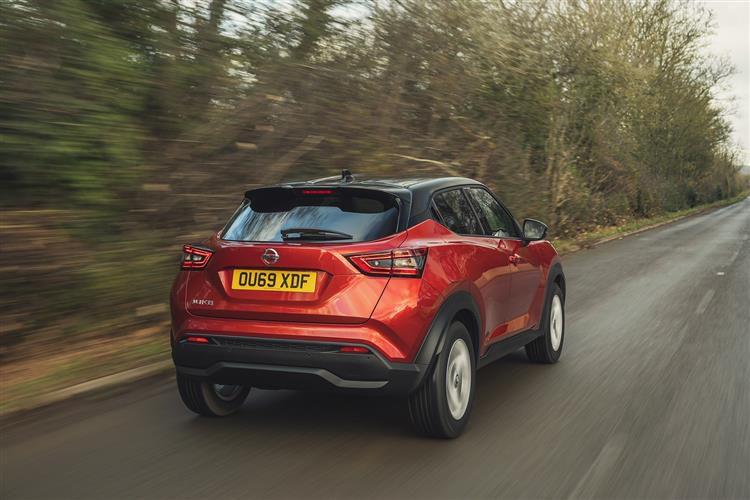 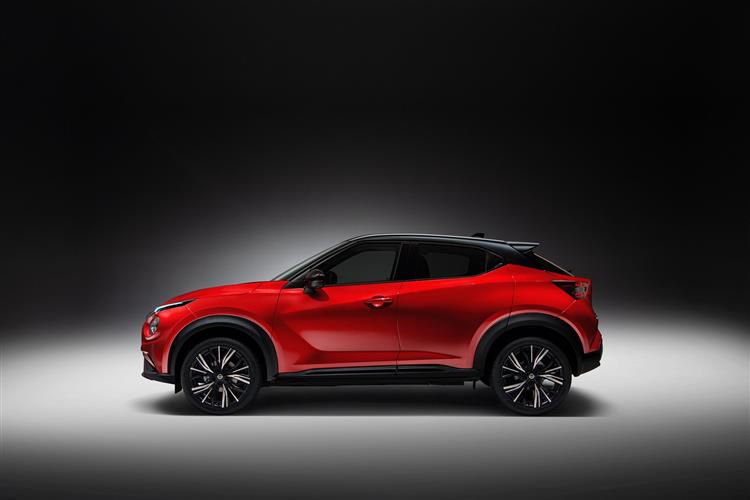 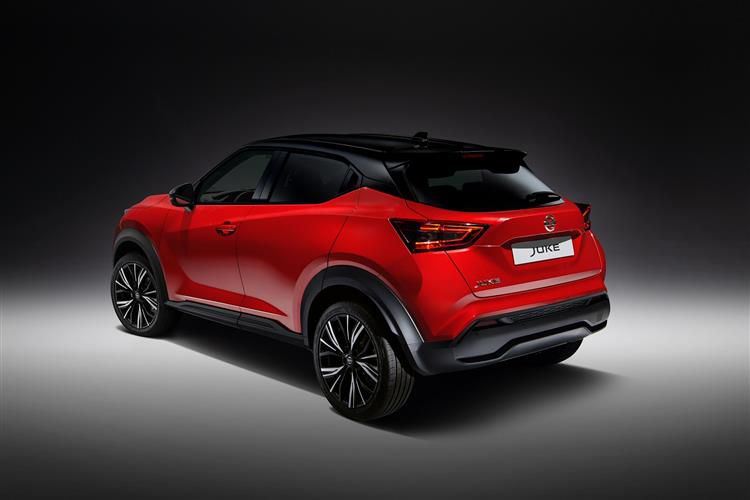 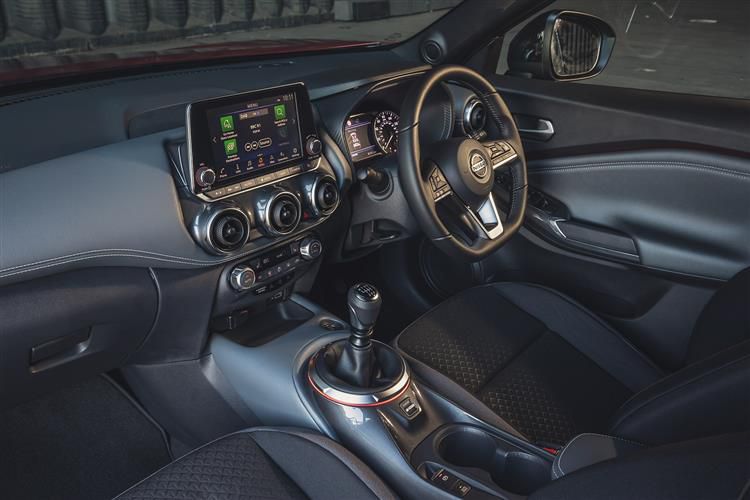 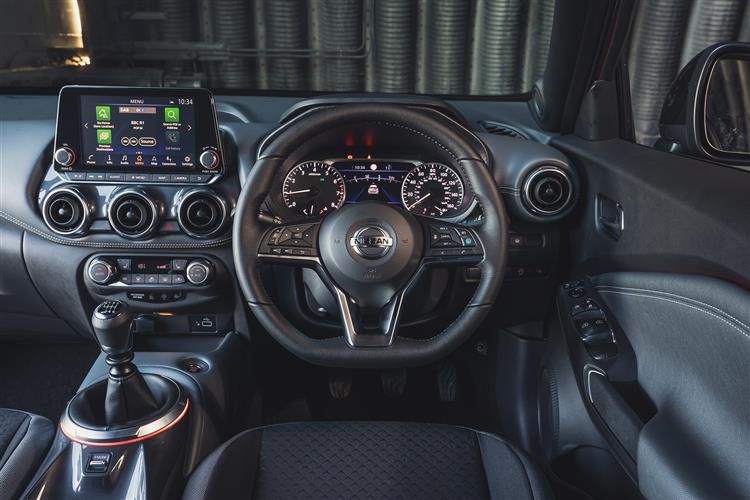 The Nissan Juke is wilfully weird but it's hit a nerve with British buyers who love the thing. Jonathan Crouch takes a look at the MK2 model.

If you need a car that blends into the background, look somewhere else. Nissan's Juke is a small SUV that's sold like hot cakes because it makes a visual statement. The second generation version keeps the design extreme but adds more space, smarter looks, extra equipment, greater efficiency and plenty of personalisation options.

There's nothing quite like a Nissan Juke, part SUV, part sports coupe, part hot hatch - with a few bike and rallycar genes thrown in for good measure. It sounds an unpromising mix but against the odds, Nissan has made it work and in this original version of this car, defined once and for all what the market's smallest breed of crossover-class car should be like. Here's the second generation model. What was most amazing about the original Juke was that a company the size of Nissan could build it. The usual procedure is for a maverick designer to come up with just such a concept only for company heads to shelve it, for customer clinics to reject it or for marketing pressure to water it down. Somehow the earlier Juke survived all of these potential trapdoors and this MK2 model remains singularly the most distinctive family car on sale today.

The Juke range kicks off in second generation form with the 1.0-litre turbocharged three-cylinder petrol engine we've already seen in Nissan's Micra supermini, with either a six-speed manual gearbox or an all-new seven-speed dual-clutch automatic, replacing the CVT transmission previously offered. Power stands at 115hp with up to 200Nm of torque available on overboost. Nissan claims 0-62mph in 10.4 seconds for the manual and 11.1 seconds for the DCT automatic variant, with both topping out at 112mph. Expect a plug-in hybrid version to be added in due course. At the wheel, long-time Juke owners will find the driving position is massively improved - there's at last a reach-adjustable steering wheel and smart Monoform sports seats are standard. In the manual model, the gear lever now sits more purposefully on the centre console and operates with a shorter throw. Plus of course there's plenty of driver-assistance technology, primarily Nissan ProPILOT, the brand's semi-autonomous driver aid. This is capable of controlling the throttle, braking and steering while driving in a single lane on motorway-style roads. It's optional on N-Connecta trim cars and standard from Tekna grade upwards. In addition, the Juke gains intelligent automatic emergency braking with pedestrian and cyclist detection, speed-limit and traffic-sign recognition, lane-keep assist and rear cross-traffic alert.

Yes, the Juke does still look like either something dredged up from the abyssal depths of the ocean or a fun, friendly and futuristic little runabout, depending on your perspective. Whichever camp you're in, you have to hand it to Nissan for not losing its resolve and watering this design down. Buyers of the original model will recognise this second generation version with its exaggerated wheel arches, rising window line, strong shoulders and a squat rear end. The full-LED circular headlights placed high on the front bumper reference those of the original Juke's, and feature a new Y-shaped signature. Above them sit new, slim LED daytime running lights that flank the nose and a narrow grille. This MK2 model is 35mm wider and 75mm longer nose to tail than before, but most significantly, the wheelbase has increased by 105mm. It certainly appears a larger, more spacious car. The cabin delivers on that promise, with rear knee room increasing by 58mm and headroom growing by 11mm. Sitting on top of the revised fascia is a new 8-inch touchscreen infotainment system, while some cars will also be available with a seven-inch colour driver-information display within the instrument panel. Out back, the hatch is 131mm wider than before and it accesses a boot that's now 422-litres in size, an increase of 68-litres over the first generation model.

Juke pricing starts at about £17,400 for a base 'Visia' model, but another £1,600 is needed for the mid-range 'Acenta' trim level most will want. The popular 'N-Connecta' version costs from around £21,000, while plush 'Tekna' trim costs from around £22,500. 'Tekna+' is the top version. Scope for exterior personalisation has always been key to Juke ownership, so this MK2 model can feel very bespoke if you want it to be. It's available in 11 different colours, with wheels ranging from 16-inch steel rims with covers to 19-inch alloys. Top-spec Tekna+ cars are available with contrasting finishes on the roof and mirrors, too. Buyers will also want cutting-edge media connectivity, so on-board Wi-Fi now appears, as do TomTom maps with live traffic and a voice-controlled Google Assistant. The NissanConnect remote services app is now compatible with the Juke, allowing owners to interact with their cars from wherever they are via their smartphone. Three optional interior schemes in orange, white or black introduce leather and Alcantara upholstery, too. All cars from Acenta grade upwards get the latest eight-inch infotainment unit as standard, while every car gets cruise control with a speed limiter function and high beam assist.

The second generation Juke is looking to retain its predecessor's reputation as being inexpensive to run and should deliver on that promise thanks to an all-new 1.0-litre three cylinder engine and a 23kg reduction in weight, despite this model's increase in size. The weight improvement is down to the use of more lightweight, high-tension steel in the body, plus the introduction of a new CMF-B Nissan/Renault Alliance platform, shared with one of its closest rivals, the second generation Renault Captur. All of this should mean a competitive set of running cost stats. Expect a WLTP-rated combined cycle fuel figure of around 45mpg and an NEDC-rated CO2 figure in the 113-118g/km bracket. Service intervals will come round every 12 months or 12,500 miles, depending on which comes soonest. As part of any Nissan dealer visit with your car, you'll be provided with a free courtesy vehicle and a video health check for your Juke that you can watch on your 'phone or computer. Nissan also provides a three year, 60,000-mile warranty as standard and that can be lengthened to four years but with the same mileage cap. This recognises that most drivers of small SUVs tend to cover lower distances, but aims to give added peace of mind for those looking to keep their car for longer. And in case of any problems, there's breakdown assistance with roadside help included with the car's protection package.

You probably know the guy who complains that all new cars look the same but has nothing good to say when a brand like Nissan brings out something different and fresh. Don't be that guy. The Juke has deservedly carved itself a lucrative niche for itself with an inexpensive vehicle that drives well, is cheap to run and which isn't afraid to assert its own personality. The second generation model's design remit doesn't alter that fundamental appeal but smartening the looks, creating a bigger cabin and adding more technology certainly isn't going to do the Juke's prospects any harm. It remains an unusual proposition, with an appeal that extends beyond the small crossover segment and also attracts the kind of buyers who might otherwise consider trendy small runabouts like Fiat's 500, Vauxhall's ADAM and the MINI Hatch. Juke buyers think that this car makes urban trinkets like those look rather dull and compromised. It's an original. In every sense.