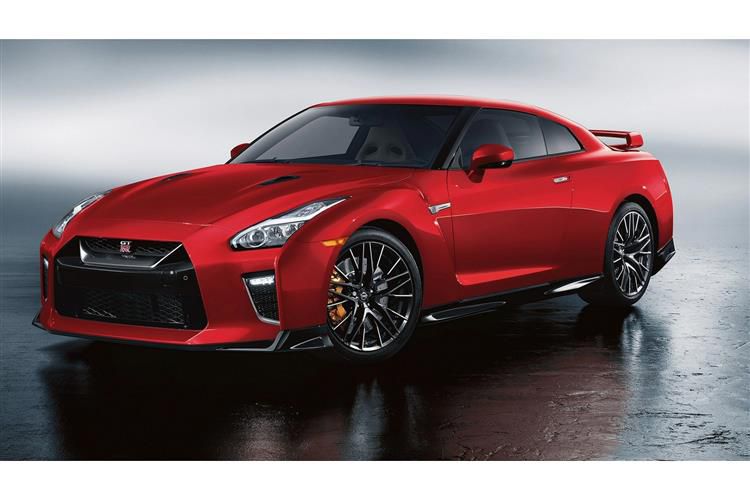 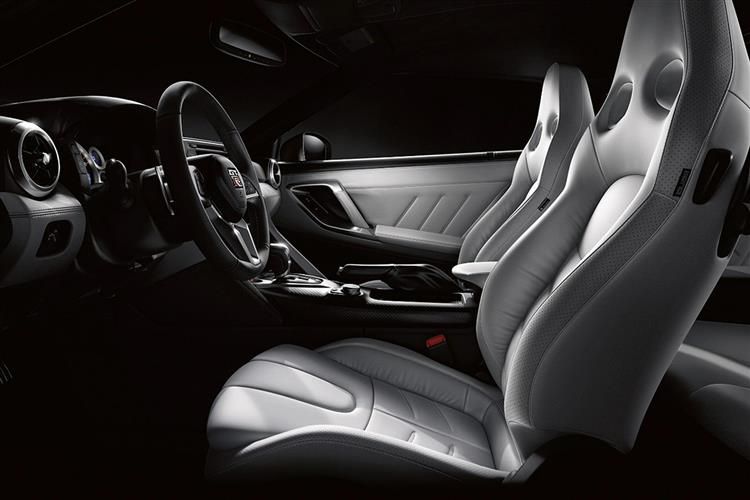 Although some eyes may be drawn to the Nissan GT-R's price creeping up, if anything the value proposition is now stronger than ever. With yet more dynamic ability, this improved, re-styled GT-R is fully prepared to face down the next generation of rivals who are only now responding to the shock of its original launch back in 2007.

The 'modern' Nissan GT-R legend began with 1989's multi-race winning R32, was bolstered by the N??rburgring-crushing R33 in 1995 and went stratospheric with the 1999 R34, hero of the Gran Turismo PlayStation game. Even so, few were prepared for the relentless annihilation of all rivals by the 2007-era GT-R. Here was a car that was offered for sale for less than £60,000 but which could make a £100,000 Porsche 911 Turbo appear out of sorts. Somewhat remarkably, the car's creator noted in 2007 that as jaw-dropping as that car was, the real deal would emerge gradually as the result of year-on-year iterations. The latest version has been re-fettled but its appeal remains much as before. Still the same somewhat brutal styling, still the same rumble of the 3.8-litre V6. So let's take a closer look.

We haven't yet had the chance to give the latest GT-R a thorough appraisal yet, but the somewhat unfathomable thought is that it could actually get much better than it already is. Even the original 479bhp GT-R was a car that, if you'd never driven one before, would blast your performance goalposts into the next postcode. The latest car's 3.8-litre 24-valve twin-turbocharged V6 engine these days offers 570PS and has been usefully improved in this latest model with new turbochargers for better low-end response. Gear shifts are also 0.15 seconds improved when in R-Mode. The electronically controlled suspension has been tuned to provide better cornering stability and a smoother ride. The steering is more linear and precise than ever, requiring minimal corrections at speeds of up to 186mph. A new brake booster increases the initial braking response by engaging with less pedal stroke, resulting in enhanced stopping power and feel. The exhaust manifolds, inspired by racing technology, have optimised turbo flange attachment points which allow for easier servicing without touching the exhaust manifold. There is also a new titanium exhaust muffler, featuring titanium finishers with burnished blue tips. Otherwise, it's as you were. The changes give even sharper acceleration in the mid to high-ranges (3,200rpm and above) and that engine has never sounded better, complemented by a 6-speed dual-clutch transmission features smooth shifts. The GT-R has always been regarded as one of the world's best handling machines and with this latest car, its cornering abilities should be even better. A rigid body structure and race-tuned suspension give confidence-building stability through quick lateral transitions and high overall cornering speeds. Providing the grip are sticky 20-inch tyres, wrapped around smart "20-spoke" machine-finished forged aluminum wheels.

The GT-R's exterior was updated in 2019 with a chrome matte finish "V-motion" grille that was enlarged to provide better engine cooling. The smarter bonnet was significantly reinforced, contributing to stability during high-speed driving. And a freshly-designed front spoiler lip and front bumpers with finishers situated immediately below the headlights were introduced to give this improved GT-R the look of a pure-bred racecar, while generating high levels of front downforce. The GT-R's familiar wind-cutting shape defines its profile, but the side sills have been pushed out to improve air flow. The rear of the car also received a thorough makeover in 2019. Re-sculpted bodywork helps to improve air flow, as do side air vents next to the quad exit exhaust pipes. Also, the belt line that separates the lower black section from the body panel was heightened to give the car a wider and more aggressive look from the rear. Step into the cabin, and you're greeted by a surprisingly premium interior. The entire dashboard and instrument panel have been redesigned since this model was first introduced and these days are covered with high-quality leather artfully stitched together with TAKUMI precision. The shape of the dashboard adopts a "horizontal flow" that delivers a sense of increased stability for the car's front-seat occupants, while the line from the instrument cluster to the centre console provides a distinct driver-oriented environment for those behind the steering wheel.

Although the Nissan GT-R has been hailed as the performance bargain of the decade, don't let that fool you into thinking it's remotely affordable to run for anyone with a normal salary. Everything about this car is big money. It munches consumables at a prodigious rate, chewing through tyres and clutches with abandon if used in anger. Fuel economy, rated at 21.4mpg for this latest model, is still pretty eye-watering too, as is the 300g/km CO2 reading, and residual values are no longer the unimpeachable proposition they once were. Insurance is a full-house Group 50 and many insurers will load premiums when they hear those three magic letters. Although ongoing costs may be steep, few owners will regret their purchase because the GT-R is something very special. It's a vehicle that carries a weight of personality well beyond its price level.

The Nissan GT-R is a car that, more than ever, appears to bend the laws of physics to its own will, defying conventional measures of power to weight and generating traction where none apparently exists. It's the genius in its chassis engineering that has had other manufacturers scratching their heads and winding up power outputs to obscene levels in an attempt to keep pace. The latest GT-R will have them reaching for their drawing boards again. There will be those who decry the Nissan as a one-trick pony, a vehicle that can shine on a lap of the Nurburgring but which possesses an otherwise narrow band of talent. The latest GT-R broadens its appeal somewhat - albeit at a price - but those who doubt the Nissan are usually those who have never driven one. The GT-R is a complex, capable and charismatic car that just got a whole lot better. More power to it.