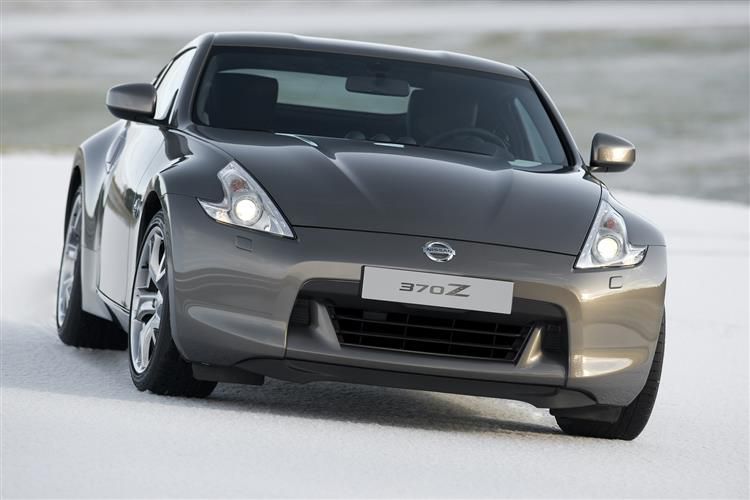 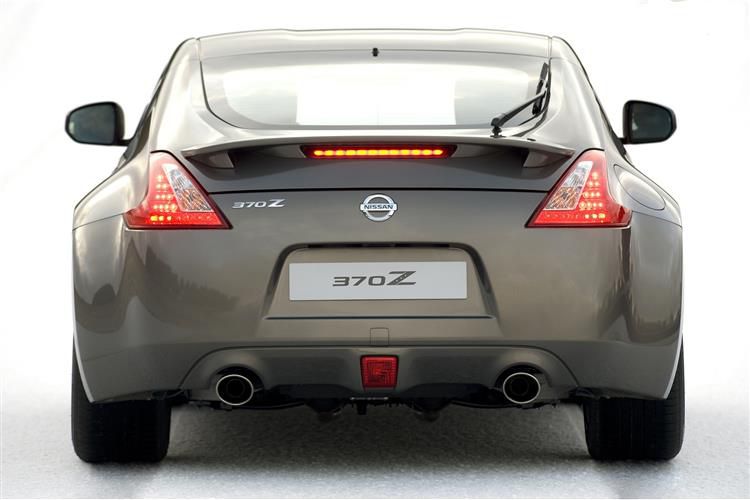 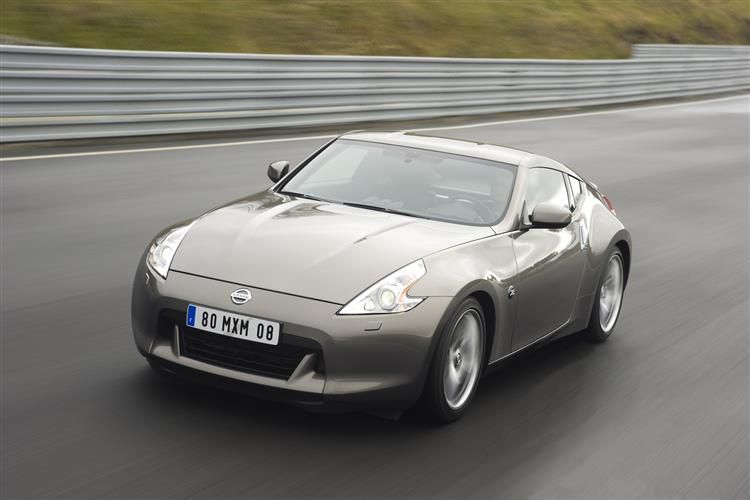 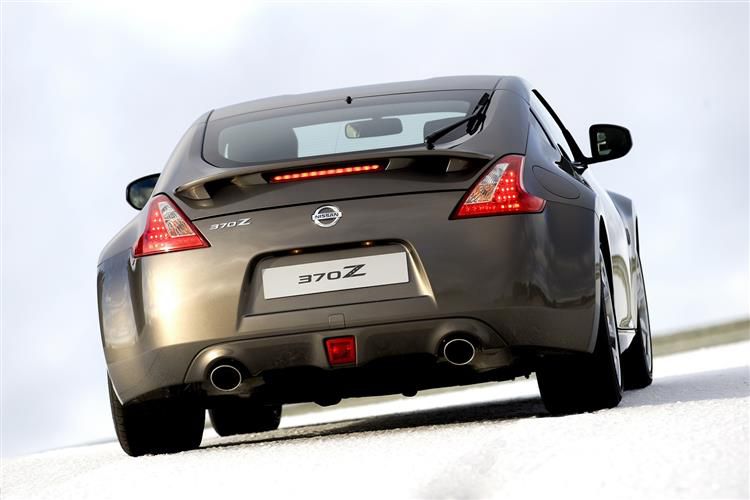 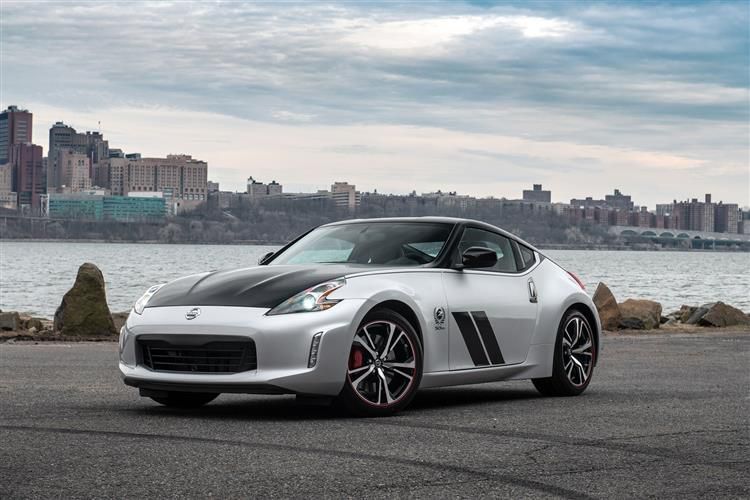 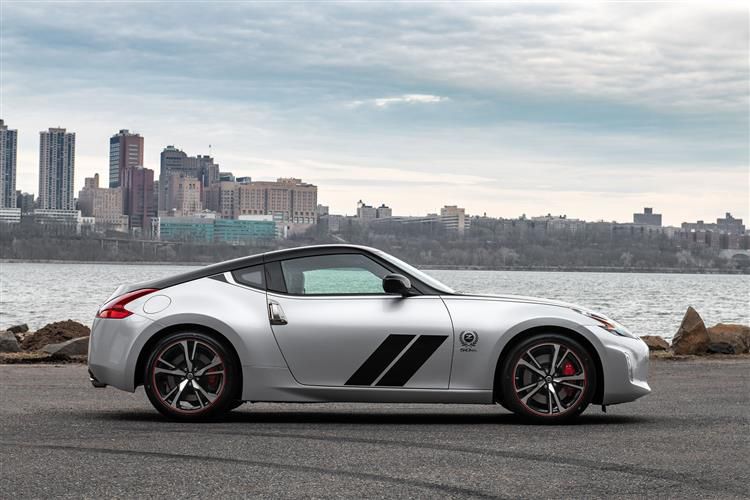 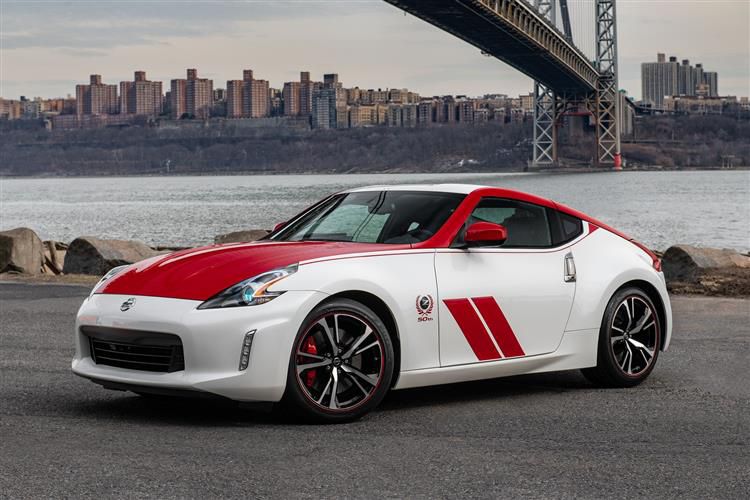 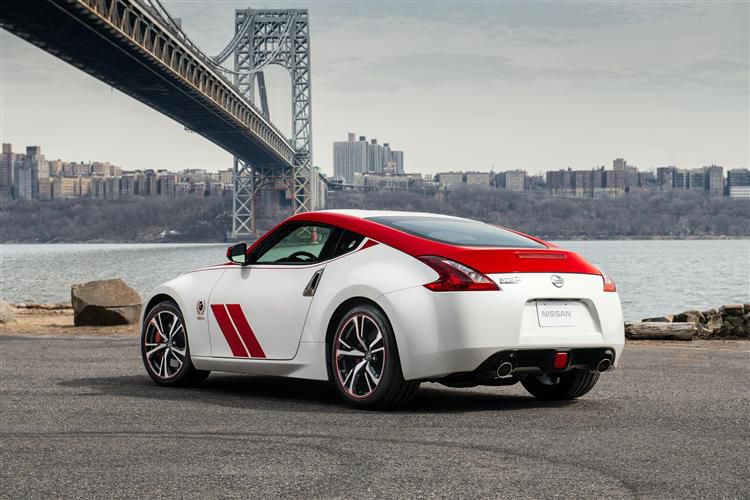 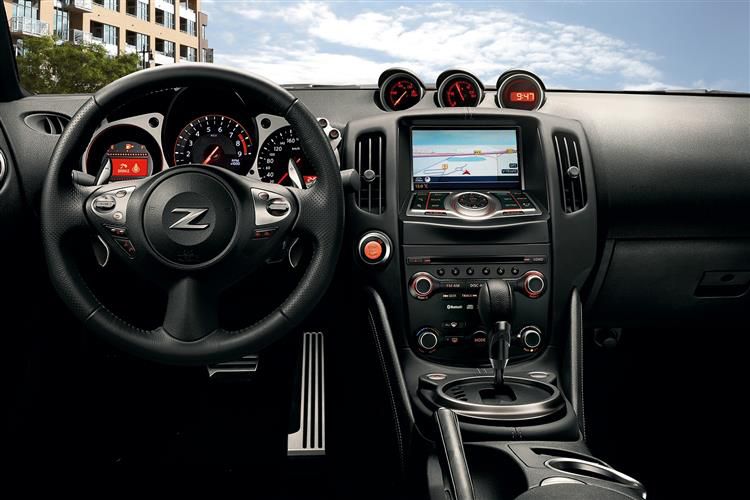 Nissan has improved its 370Z sportscar. But by how much? Jonathan Crouch checks it out.

Fans of the original Nissan 350Z sportscar have taken to its 370Z replacement but to snare any remaining ones who haven't yet taken the plunge and broaden this model's appeal, Nissan has improved this enduring line-up. Likely buyers will like the 'EXEDY' high-performance clutch that'll help enthusiastic owners to perfect their 'racing-style' downshifts. As before, there's a single coupe bodystyle and power comes from a 3.7-litre 332hp V6, plus there's still a 339hp Nismo model available at the top of trhe range if that's not enough. In short, the 370Z continues to prove that the sportscar you've always promised yourself doesn't have to cost you a lottery win.

Forget MX-5s, Evo Xs, WRXs - even GT-Rs: the 370Z is the definitive Japanese sportscar. Nissan's Z-car heritage goes all the way back to the legendary 240Z of 1969, a car intended to offer the style and performance of European sportscars at a fraction of their price. More than 1.7 million sales later, this 370Z continues that tradition in fine style. It builds on a firm foundation laid by the 350Z model, launched in 2002 and sold here from 2005, a sportscar than typifies everything that this Z series should be about, with good looks, muscular performance and a fantastic fun factor, a car you could really take by the scruff of the neck. Not much else could match a 350Z for the money and even the Porsches that could keep up lacked its endearing mild hooligan streak. In launching its 370Z replacement in 2009, a quarter of a million worldwide sales later, Nissan needed to keep the things we liked - the charismatic V6 engine, the balanced rear-wheel drive chassis and the perfect weight distribution - and sort the few things we didn't - high running costs, cheap-feeling interior and restricted luggage space. They did exactly that - and to keep the recipe fresh, a Summer 2017 package of improvements aimed to up the ante still further.

The 370Z's core component remains its 3.7-litre V6 engine. It's a development of the old 350Z's 3.5-litre unit but 35% of its parts are completely different. The powerplant uses Nissan's VVEL variable valve timing technology which helps it achieve a smoother delivery of its 332hp maximum power output. Peak torque of 363Nm promises a muscular mid range and the 7,000rpm redline should please those who like a sports car which rewards a hefty right foot. If that's not enough, the top Nismo coupe model delivers 339hp from the same unit. Even in the standard version, that's good enough to see 62mph from rest dispatched in just 5.7s on the way to an artificially limited maximum of 155mph. The people who developed this car were petrolheads. Why else would they have spent five years in developing a Synchro Rev Control system that blips the throttle when you make a downchange to make you feel like Michael Schumacher? Or an optional seven-speed semi-automatic gearbox with gorgeous magnesium-crafted F1-style paddle shifters that on a clear day, makes a circuit of your local town centre one-way system feel like a lap of Monte Carlo. For this revsed model, Nissan has partnered with respected performance brand EXEDY to integrate a new high-performance clutch into manual versions of the 370Z. Perfecting the downshift, this reduces driver pedal effort and delivers even greater levels of gear change precision and comfort. And in summary? Well yes, this is a hi-tech stepping stone to Nissan GT-R supercar ownership. But no, its essential character hasn't been diluted: it's still a driver's car, pure and simple.

The 370Z is still gorgeous. From the arrow-shaped headlamps to the boomerang-shaped tail lamps, there's a handsome aggression that marks this car out from its overtly style-conscious contemporaries. The front air-intake borrows its look from Nissan's GT-R supercar, giving this 370 greater malevolency as it looms in your mirrors with twin aerodynamic fins rising like fangs from its lower lip. Inside, things are much as they always were. The dash is upholstered in a leather-like surface called Sofilez that's tasteful in both look and feel and the leather seats fitted to most models have lovely suede-like inserts that not only look nice but stop you sliding around under hard cornering - though the seatbase is a little short. A number of the old 350Z's trademark features are still intact though, such as the instrument cluster attached to the steering column that moves as you adjust the driving position to guarantee an unhindered view of the dials. You'd expect the wheel to adjust for reach as well though on a £30,000 car. It's still a two-seater-only cabin and unlike, say, a Porsche 718 Cayman, there's a useful shelf behind the front seats where you can quickly sling a coat or jacket with a glovebox now at last added for smaller items. As for proper luggage space, the hefty strut brace across the old 350Z's parcel shelf that stopped you carrying a proper weekend's luggage for two has in this 370 been banished, freeing up a more usable 235-litres of space.

The 370Z is a car that lives to be driven hard and to do so will inevitably rack up some fairly hefty bills. Take fuel consumption as an example. Your Nissan dealer may well quote a combined figure of 27.9mpg and 245g/km of CO2 but you'll need to be some kind of feather-footed freak to match those figures. On one 'enthusiastically driven' test route, we saw an average of 13.2mpg come up on the calculator. Ouch. Likewise the 370Z, while mechanically rugged, has an appetite for rear tyres if you're the sort who likes to occasionally disable the electronic control systems. You'd expect insurance to be commensurate with a car that can reach 155mph and which will jet to 60mph in just over 5 seconds: expect a Group 46 rating. Industry monitors reckon the 370Z will retain around 54 per cent of its value after three years - a fair figure for a sports coupe although not in the Audi TT bracket.

In an age when many sports coupes seem to prioritise style as much as speed, something like this improved 370Z is refreshing change. Nissan Z car fans will be looking for a car to replicate the raw, muscular feel they've become used to. For the money, they'll struggle to find it anywhere but at the wheel of this one. In a race, someone who'd spent a lot more on a Porsche or very powerful BMW or Audi might shade this Nissan but at the end of it, it's the 370Z driver who'd probably have the biggest grin. This, after all, is one of those rare but very special things: a proper sportscar.