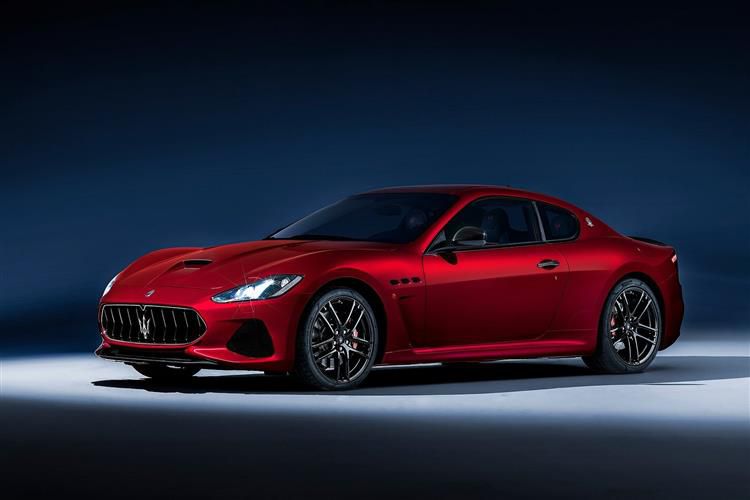 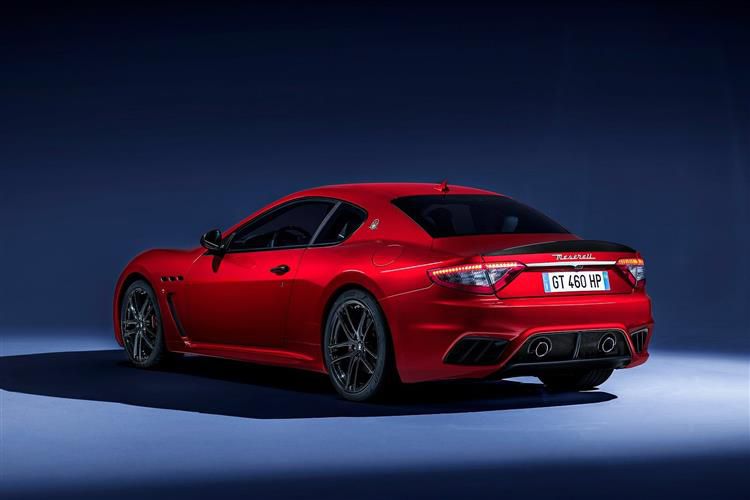 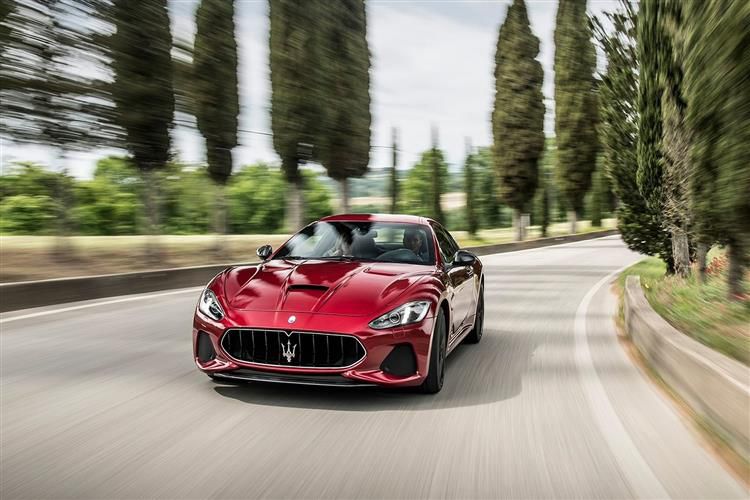 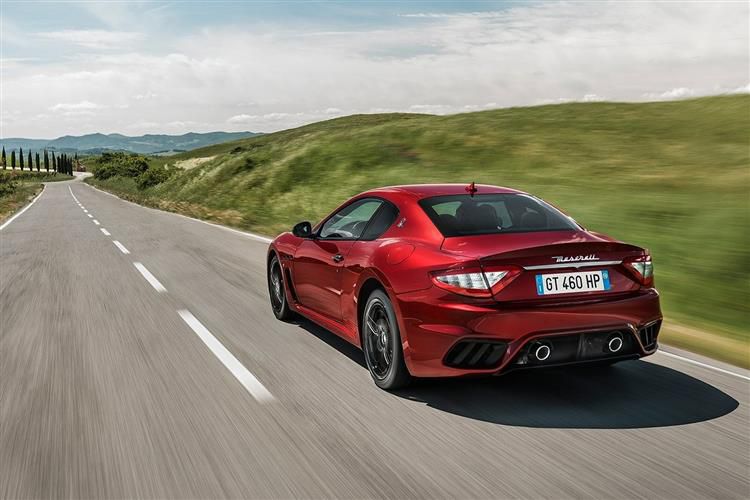 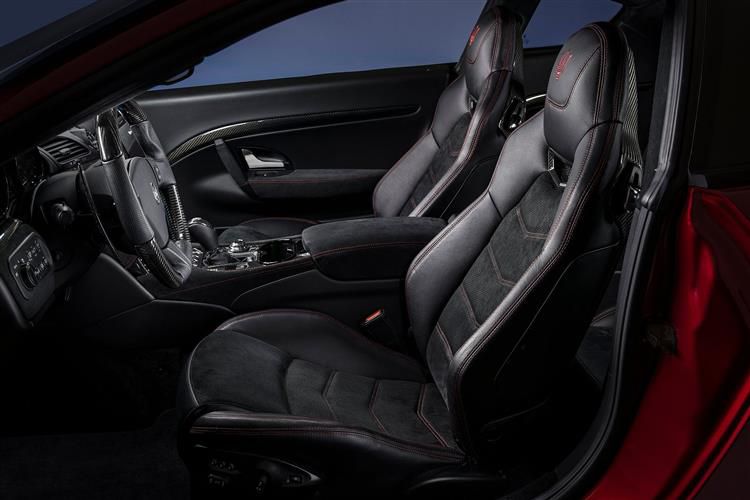 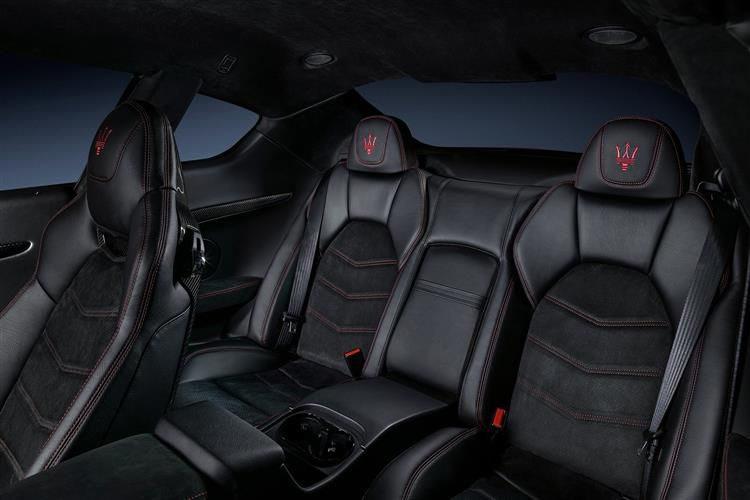 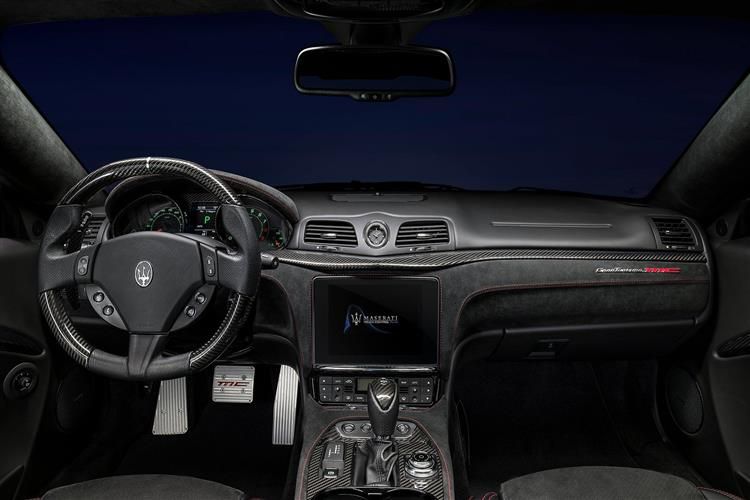 Maserati goes back to its roots with the GranTurismo coupe. Jonathan Crouch reports...

Stylish, luxurious but still a potent performance weapon, the Maserati GranTurismo is on paper, part luxury Grand Tourer, part serious performance sportscar. On the road, it feels more Maranello than Mercedes, thank goodness. A Maserati should be nothing less.

Over the last few years, we've seen a subtle repositioning of the Maserati brand. The famous Italian manufacturer is being edged out from the shadow of Ferrari where it's resided for too long and this GranTurismo sportscar has proved to be central in terms of determining its new resting place in the market. Along with the Quattroporte four-door saloon on which it is based, the GranTurismo is a slightly different kind of Maserati. Rather than simply offering top-end Italian sportscars for people who can't quite stretch to something from Maranello, the marque is these days focusing more acutely on luxury, comfort and the understated elegance that's always been part of the Maserati package. Performance seekers need not despair, though. They'll still get their fair share of brutal acceleration and finely-honed handling.

Power for both GranTurismo models, the 'Sport' and the 'MC', comes from the same Ferrari-sourced 4.7-litre V8 engine that's found in the most powerful version of their Quattroporte saloon, the powerplant's sonorous soundtrack emphasised by a switchable sports exhaust. Alfa Romeo once used this unit for their 8C Competizione supercar. This V8 manages 0-62mph in 4.7s on the way to a top speed of 187mph. It's not quite in the ultimate supercar bracket but all of that should be plenty for the playboy on his day off. The GranTurismo has obviously been designed to entertain as well as cosset its driver. The front-engined rear-wheel drive layout helps it achieve a well balanced 49/51 weight distribution, one of the reasons why we found ourselves able to throw this Maserati around rather more than we expected given its hefty 1880kgs kerbweight. As a result, unlike, say a Mercedes SL, this is a car that is nearly as at home on a twisting B road as it is on a motorway. Only the steering lets things down a bit, rather too vague at speed but slightly heavier than you'd like when parking. The 6-speed automatic gearbox with its wheel-mounted paddle shifters is cleverly able to adapt to your driving style as well as to the prevailing road conditions. The extra outlay required by the MC model gets you a stiffer, more focused suspension set-up. We'd stick with the 'Sport' variant, not only because the suspension is more compliant but also because 'Sport'-spec is the only one that gets you Maserati's 'Skyhook' adaptive suspension system. In its 'Sport' setting, the car feels pretty much like a standard GranTurismo on fixed rate dampers, but Skyhook does give you the additional option of switching to a more comfort-orientated mode for motorway work.

The exterior lines still have real drama about them, the three holes behind the front wheelarch referencing the Quattroporte saloon. The gaping Maserati grille with its silver trident dominates the front end below the long bonnet that plunges at the nose. There's a feeling of power in the muscular hindquarters, with the curves at the rear bulging around to form the integrated boot spoiler. The MC version also gets a carbonfibre bonnet and a more aggressive diffuser. Inside, the big news with this revised model is the addition of a much more up to date touchscreen infotainment system. Otherwise, the beautifully finished cabin is much as before, split in two by the wide transmission tunnel while the V design at the top of the dash is said to increase the sporty feel by making occupants feel like they're sitting lower in the car. The seats all feature Maserati's trident logo on their headrests and there are subtle chrome inlays for the controls. The GT is a sizable 4,881mm in length, but the wheelbase is 126mm shorter than the Quattroporte saloon from which it borrows its basic underpinnings. Crucially to the more practical and luxurious direction that Maserati is being led in, the GranTurismo is a 2+2 and although claims by the manufacturer that it can sit "two adults comfortably even on longer journeys" do stretch the limits a little, there's definitely room for a pair of kids in those sculpted rear seats. The 260-litre boot though, is smaller than that offered by most rivals.

Prices start in the region of £95,000 for the 'Sport' model, with a premium of around £15,000 for the sharper-handling 'MC' version. These figures make this Maserati a direct rival to models like top versions of Porsche's 911, Jaguar's F-TYPE and the Mercedes SL. It certainly has more sense of occasion than any of these alternatives. For that reason, you could even see it as a more affordable alternative to something exotic like a Ferrari California or an Aston Martin DB11. An open-topped GranCabrio model is offered with the same 4.7-litre engine at a premium of around £15,000.

Running costs for the Maserati GranTurismo might not be supercar in their magnitude but they will probably be as near as damn it. Tp of the shop groupings for insurance you'd expect and any 4.7-litre V8 is going to suck in fuel and pump out CO2 at a level that no environmentalist without his own personal carbon offset programme is going to countenance. Fuel consumption is rated at 19.8mpg on the combined cycle, but that will drop to between 10-12mpg around town. The CO2 figure is 331g/km. As a result, it's safe to say that anyone you see at the wheel of a GranTurismo doesn't have green issues at the top of their priority list. Just be thankful they're travelling by car and not in their private jet.

This car is refreshing in that it's a GT that for once, lives up to its name. Fast, stylish and capable of covering transcontinental distances while keeping occupants and their designer luggage in the rarefied atmosphere to which they are accustomed. That's what GT motoring should be about and it sums up the Maserati GranTurismo. With gorgeous looks for once accompanied by an appropriate emphasis on quality, this model has been a useful step forward for the brand. And amid all the talk of luxury seating, chrome inlays and Poltrona Frau leather, it's important to remember that there's a 190mph performance sportscar lurking here. And a worthy bearer of a classic badge.