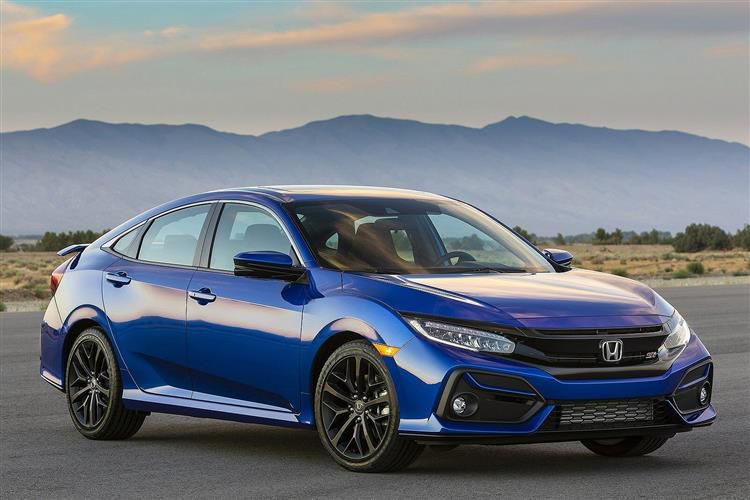 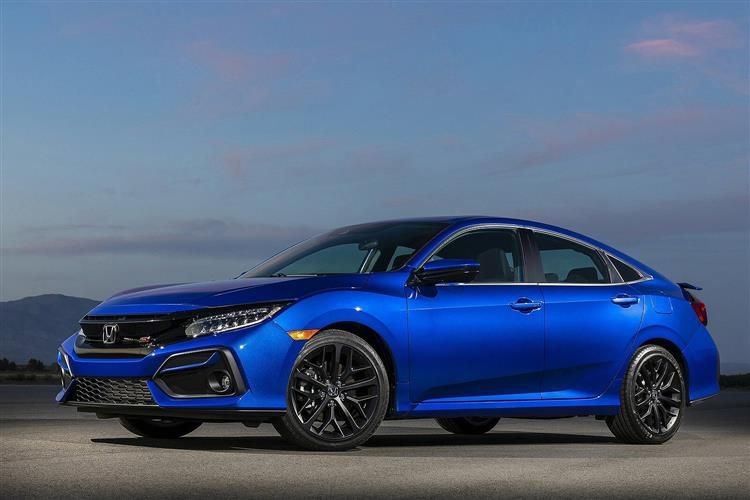 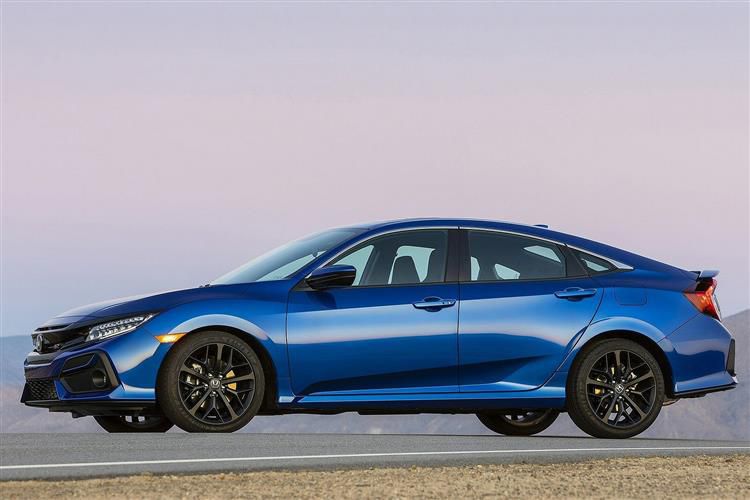 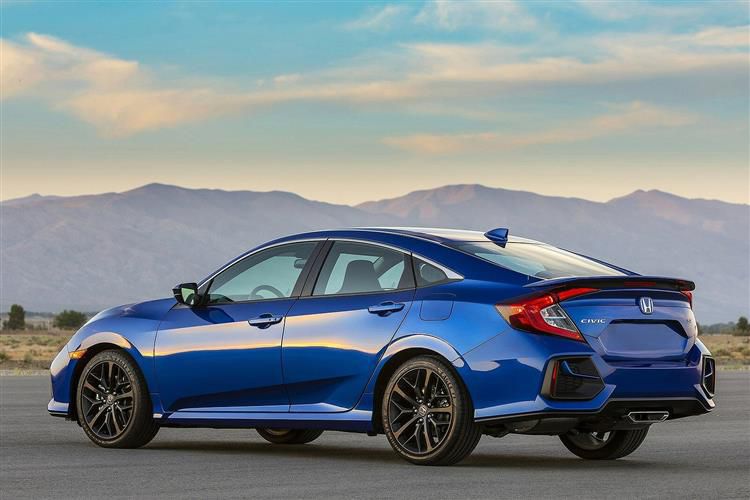 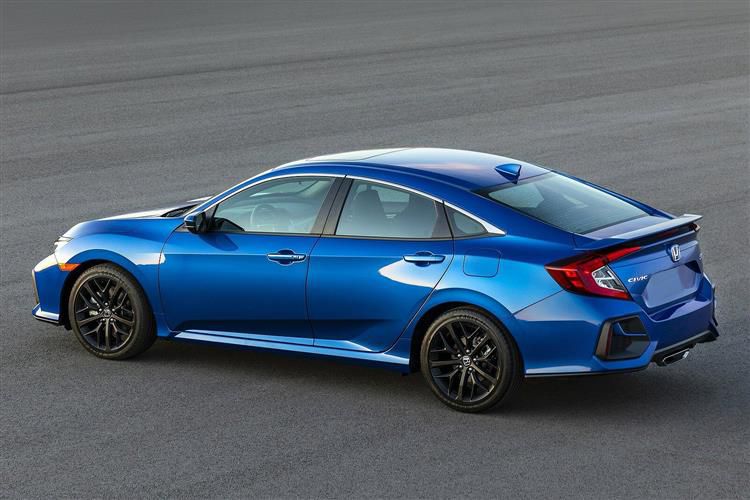 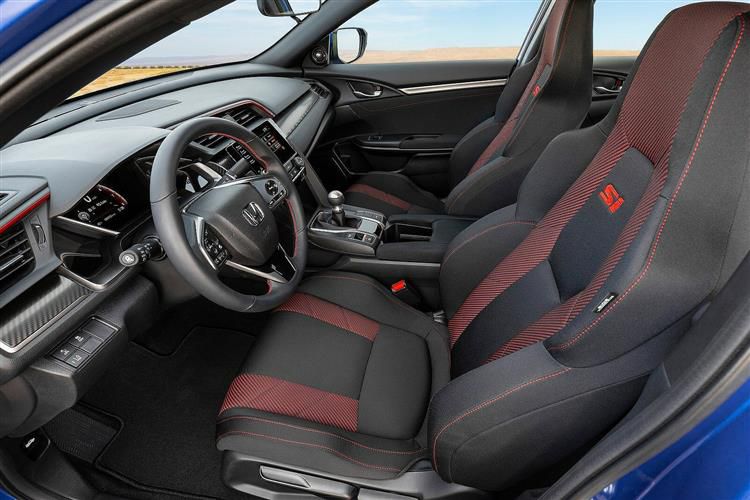 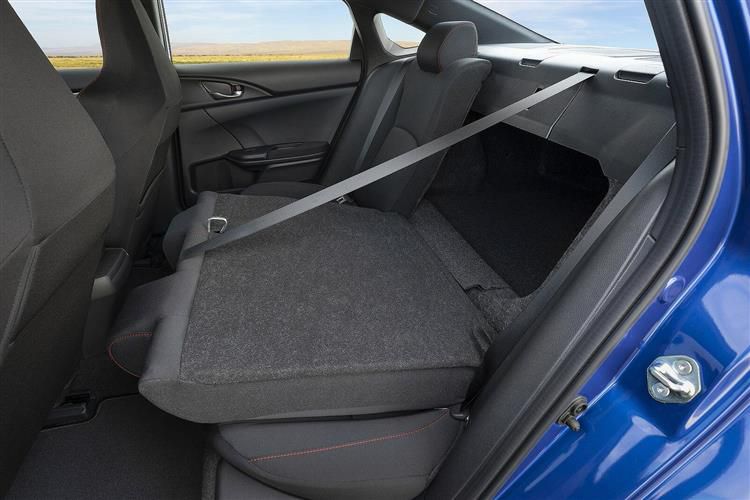 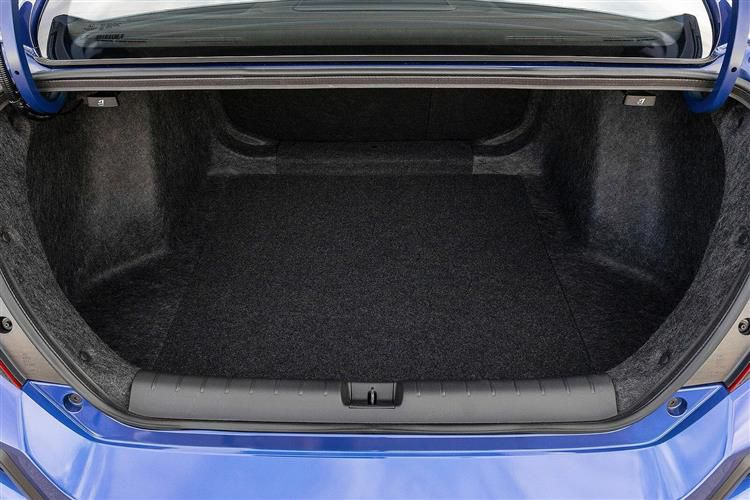 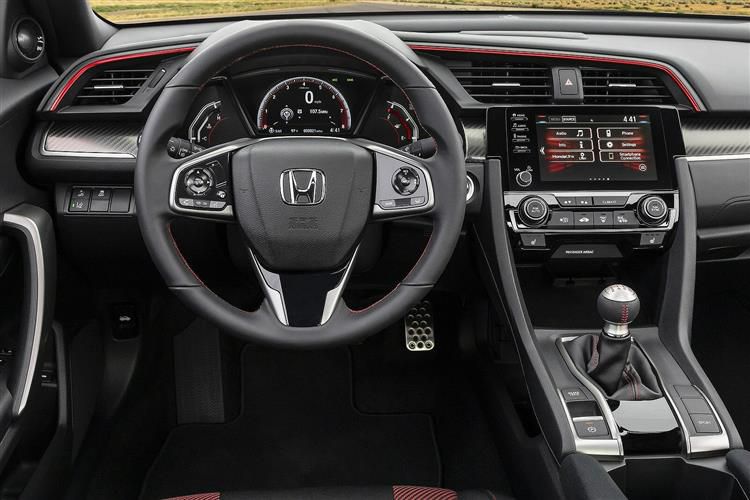 HONDA PUTS THE BOOT IN

Honda reaches out to ex-Accord buyers with this 4dr saloon version of its Civic. Jonathan Crouch takes a look at the revised version.

We miss Honda's Accord medium-sized model. The Japanese brand hasn't revived it - but it has done then next best thing, bringing us a four-door version of its tenth generation Civic, lately usefully improved. It's a model large enough to satisfy you if you used to own an Accord. And if you didn't but want something a little different with four doors and a boot, it might be worth a look.

By and large, compact saloon volume brand models don't sell well in the UK. Volkswagen has recently had to discontinue its Jetta four-door model here for just that reason. Which is odd when you consider just how many hundreds and thousands of BMW 3 Series, Audi A4 and Mercedes C-Class models we buy on these shores, cars that aren't really that much bigger than saloon models of 'compact' size. What though, if a volume brand could launch a four door that wasn't so compact? And had a bit more about it in terms of character and technology? Might it do better? Honda is certainly hoping that's the case, with this saloon version of its tenth generation Civic.

The only engine that Honda now offers in the four-door Civic is its volume 129PS 1.0 VTEC Turbo petrol unit, which with this body style has to be had mated to CVT automatic transmission. Some rival downsized three cylinder engines seem to give you almost nothing when you first accelerate away, then a second later, the car lurches forward as all the available power kicks in. It's not like that in this Honda. Throttle pick-up is smooth right from the get go, building (if you've the road space) to deliver the kind of pleasant VTEC surge at around 4,000rpm that long-time Civic owners will remember. For us, the way all of this works is more important than the ultimate performance figures it generates, but if you're interested in those, we'll tell you that the 1.0-litre model makes 62mph from rest in 10.6s en route to 126mph. Just as important is the 'big car' standard of ride made possible by the sophisticated rear multi-link system that was introduced into this 10th generation Civic design. That'll appeal to ex-Accord owners. This Honda's easy to manoeuvre around town, though it does have a slightly larger turning circle than some of its rivals. What we particularly like though is the way his car feels so driver-centric right from the moment you first set off in it. The perfectly positioned seat and pedals help here. So does the manner in which the gear lever falls beautifully to hand and the way in which the futuristic dash delivers everything you need to know in perfect line of sight. As the miles roll by, you'll also be struck by the near-perfect weighting and smoothness of the pedals. In short, you don't need an expensively powerful engine to feel fast in this car. Which is one of the things we like most about it.

Wider, longer, and lower than any of its predecessors, this Civic saloon has a short front overhang and taut lines that claim to reference strong aerodynamic efficiency. A sharp and aggressive 'face', along with pronounced wheel-arches aim to hint at what Honda calls this saloon's 'sporting character'. Recent changes include a more elegant, symmetrical lower front grille around the fog lights, a smoother air-intake design and full LED headlight clusters with redesigned LED daytime running lights, plus some revised 16 and 17-inch alloy wheel designs. Similar to the hatchback, this model's wide, long platform results in impressive interior space for this class of car - almost as much in fact, as you'd get from a 'D'-segment Mondeo or Insignia-style model. The interior of this revised model features smarter textured interior panels, plus the 7-inch Honda Connect touchscreen gets physical buttons and there are now dials for the infotainment and climate controls. Otherwise, it's as before, a simple, uncluttered layout and a sophisticated design theme that includes a digital instrument binnacle. The seating position is low-set to give the driver a greater feeling of connection with the car, and there's a big boot.

Honda attaches a premium price to this Civic 4dr, mainly courtesy of the fact that you can only have it with plush leather-lined 'EX' trim and CVT auto transmission. And the only engine available is the 1.0-litre VTEC Turbo petrol unit. That all means an asking price of around £26,500 - or around £500 more than that if you tick the box for the 'Premium Paint' option, as most buyers do. You're looking at a price increase of a similarly specified Civic 5-door hatch of around £500. Key safety inclusions run to a 'Collision Mitigating Braking System' that brakes the car to avoid an accident. Plus a 'Forward Collision' set-up that warns you of oncoming hazards. And 'Lane Departure Warning', 'Road Departure Warning' and 'Lane Keeping Assist' features that'll keep you from veering away from where you should be on the road. There's 'Traffic Sign Recognition' that reads speeds signs as you pass and displays them on the dash, this set-up then working with an 'Intelligent Speed Assistance' system that can automatically set your speed to match the prevailing limit.

Civic four door buyers get a class-competitive petrol engine for exemplary running costs. The brand claims that the 1.0 VTEC TURBO petrol unit used here (matched to CVT auto transmission) can match the best of the competition when it comes to fuel and CO2 returns. Expect 47.1mpg on the WLTP combined cycle and 110g/km of NEDC-rated CO2. On to the warranty, a three year/90,000 mile deal, which is a bit better than most rivals who tend to offer guarantees limited to 60,000 miles. There's also a fixed-price comprehensive aftercare package called 'Five' which includes five years' servicing, five years' warranty and five years' roadside assist. Residual values have always been a Civic strongpoint.

Though we'd have preferred to have seen the return of the Accord, we welcome this four door Civic body style as the next best thing. The bigger size that the Civic has grown to in its tenth generation guise makes this three-box model basically as big as a Mondeo-segment car inside, yet it offers a useful saving on models like that - and will be more cost-effective to run. A lot of boxes have been ticked then - and it's clear that Honda has also worked hard to maintain a characterful approach in this segment. Add in British build quality, a great driving position and strong standards of safety and media connectivity and you've got a potentially very appealing package.