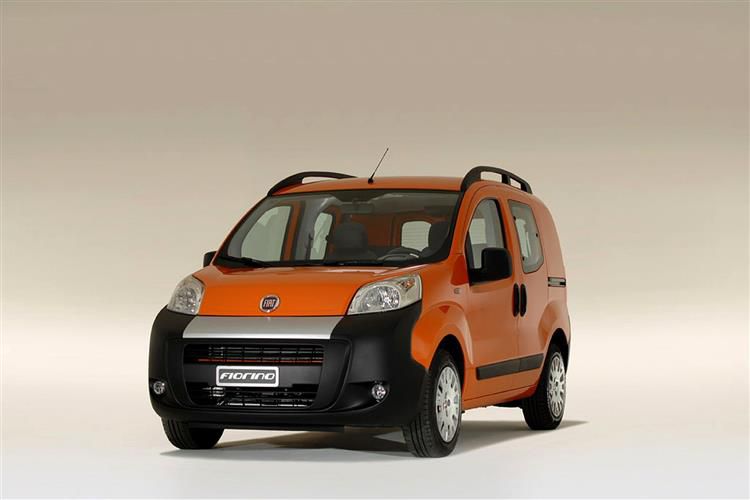 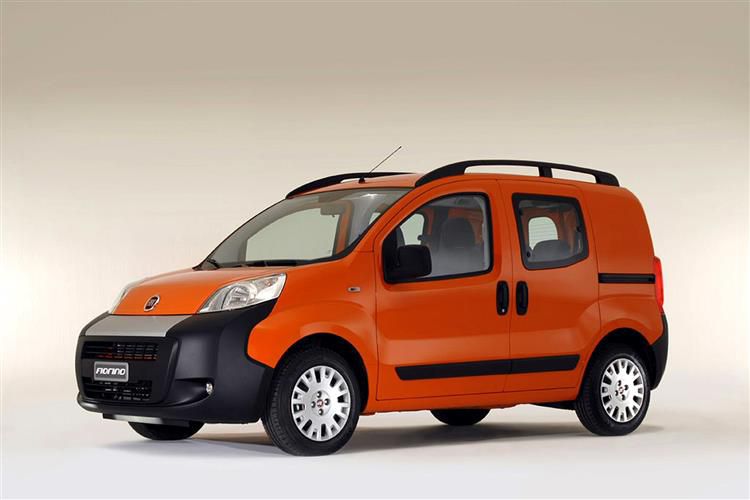 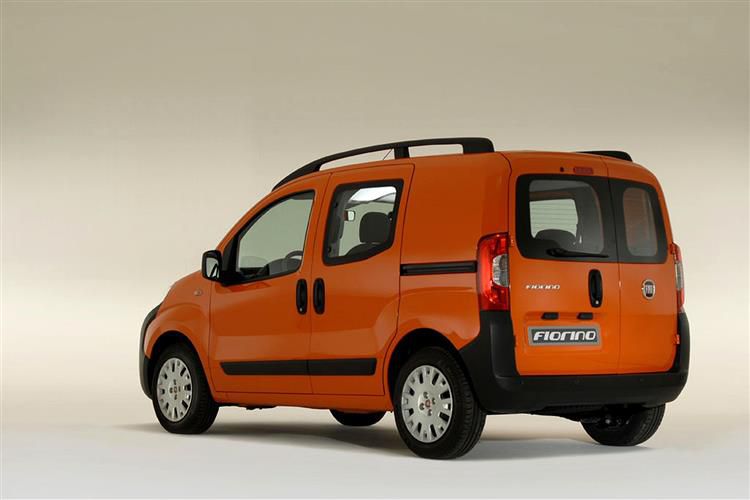 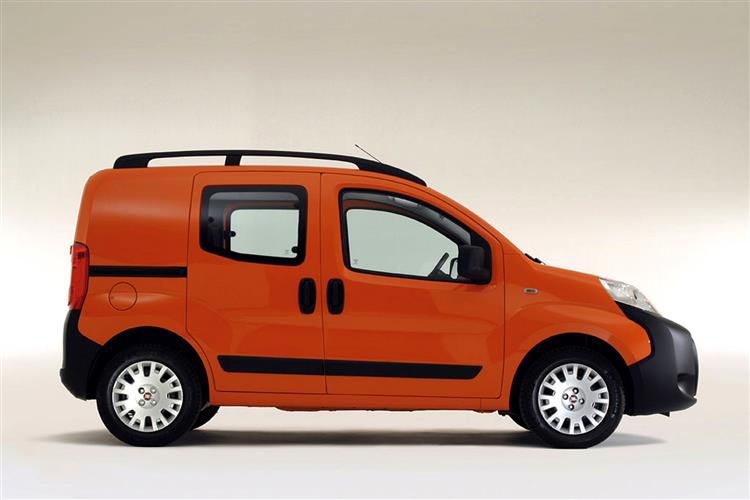 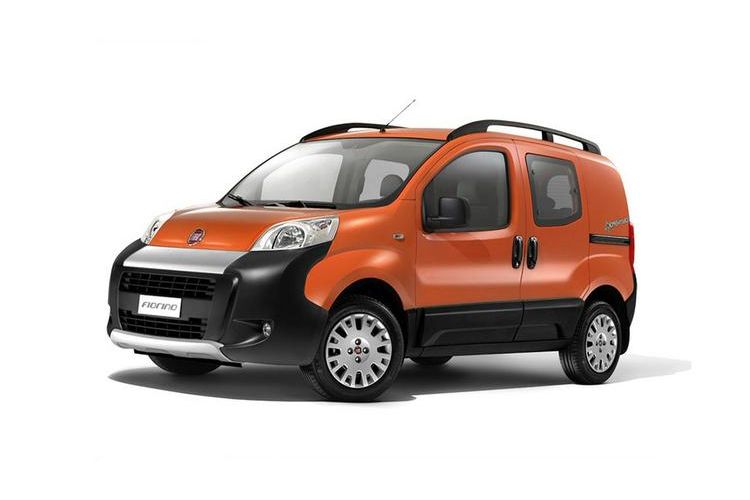 Fiat has a small van that can seat five and hold their luggage. Jonathan Crouch takes a look.

Combi is a common term in commercial vehicle circles. It's used by a number of manufacturers to indicate a van that has had some extra seats installed in its load bay. You might expect to see it attached to a panel van or some other suitably roomy model but Fiat's Fiorino? This is one of the smallest purpose-built vans on the market, yet a Combi version there is. Once the default reaction of "I'm not getting in the back of that" has subsided, the Fiorino Combi might just surprise a few people with its capacity and versatility.

Fiat's Fiorino van is small for a commercial vehicle but the Italian maker is confident it can accommodate a second row of seats in Combi form and still make sense. A larger vehicle would certainly be more comfortable for five occupants on longer journeys but on short trips around town, there's sufficient space. There's decent luggage capacity too, especially with the seats folded, while attractive looks and sturdy build also count in the Combi's favour.

The Fiorino is Fiat's smallest purpose-built van. The Italian firm will also supply you with a commercial version of its Punto supermini but its teeny load carrying capacity precludes it for many. The Fiorino delivers a reasonably spacious load bay coupled with micro dimensions that should make the cuts and thrusts of metropolitan motoring that bit easier to avoid. The van, like the mainstay of Fiat's light commercial vehicle range, was created in partnership with PSA Peugeot Citroen. This means that prospective buyers can obtain vehicles that are borderline identical to the Fiorino in the shape of the Peugeot Bipper and Citroen Nemo. This Combi version also has a close relative in the shape of the Qubo, a model from the Fiat passenger car range that also amounts to a Fiorino with seats but is more opulently appointed than the Combi.

The engine line up is unsurprisingly made up of small, economical units. As well as a 1.4-litre petrol engine, Fiat has installed 80 and 95bhp versions of its acclaimed 1.3-litre Multijet oil-burner, an extremely compact and lightweight affair that gives rise to excellent fuel economy and with 190Nm of torque, it feels strong as well. With that maximum torque produced at 1,750rpm, the Fiorino has the punchy element to its performance that's perfect for darting in and out of traffic. It also has the accurate steering and tight turning circle that operators want when space is tight. The 1.4-litre petrol alternative has 77bhp. Here torque of 118Nm is produced at 2,600rpm so there's less urgency at low revs but the petrol is smooth, refined and, crucially, costs less. Petrol tends to be routinely avoided by van buyers but the low-mileage, urban usage for which the Fiorino was designed might make unleaded a viable option for some. All models get a five-speed manual gearbox as standard but the diesel is available with the 6-speed ComfortMatic sequential manual transmission which can operate in automatic mode.

From the outside, things don't look promising. The Fiorino Combi shares the pleasantly chunky styling of the van version with the only visual clue to its additional seating being small extra side windows behind the front ones. It's just hard to imagine five people and even a little bit of cargo fitting comfortably inside when you view the thing from across the street. Happily, the Fiat Fiorino is bigger than it looks and five occupants do fit. Getting three across the rear bench seat might be difficult if they're of the burlier persuasion and access is hindered by the presence of only one sliding side door (a second is optional) but legroom is OK and there's loads of fresh air overhead. With the seats in use, there's a handy 360-litres of cargo space behind. When they're not, the backs fold down and the bases tumble forward to yield 2,500 litres, which is only 300-litres down on the capacity of the Fiorino van. The interior of the Fiorino will feel a little confined to those familiar with full size compact vans but there's reasonable space for driver and passenger. The driving position is upright and affords a good view of the Fiorino's surroundings with the seat and the steering wheel offering a good range of adjustability. Storage space is less generous than in models from the next class up but with 12 compartments to choose from, there should be room for most of the essentials. Lots of the switchgear in the Fiorino will be familiar to owners of Fiat passenger cars and these days the Italian firm is well up to speed in terms of build quality. The general impression is one of user-friendliness and sturdy design, just what you want.

There are no trim levels as such with the Fiorino Combi but quite a few optional extras to mull over. Standard spec is quite basic but includes a nearside sliding side door, 15" steel wheels, side windows for the second row with a hinged opening, PVC floor lining for the load area, carpet for the forward areas, power steering, a driver's airbag, three-point belts for all seats and a CD stereo. The options list has stuff like air-conditioning, a Bluetooth hands free phone system, remote central locking, an automatic gearbox, a second sliding side door and front fog lights on it. Fiat also offers the Fiorino in some particularly lurid paint colours for operators who like to make an impact.

The Fiorino should prove extremely economical to run, particularly in Multijet diesel form. Best of the bunch if you go for the diesel is the 'EcoJet' variant. This employs fuel-saving technologies such as a Start & Stop system, a 'smart' alternator and a variable displacement oil pump. Paired with a Comfort-Matic robotised transmission, it achieves 74.3mpg on the combined cycle, with emissions of 100g/km of CO2, meaning a fuel saving of up to 14% compared to the manual transmission without EcoJet.

For a vehicle of just under four-meters in length, the Fiorino Combi uses its space very effectively. It has five usable seats and, even when those are all being used, a reasonable amount of luggage capacity. With only one or two people on board, the seats in the back can be folded and the result is carrying capacity that isn't too far shy of a standard Fiorino van. The number of operators who need a five-seater vehicle of the Fiorino Combi's modest dimensions will be limited but as a cost-effective way of moving people and equipment around town, it has a lot going for it.