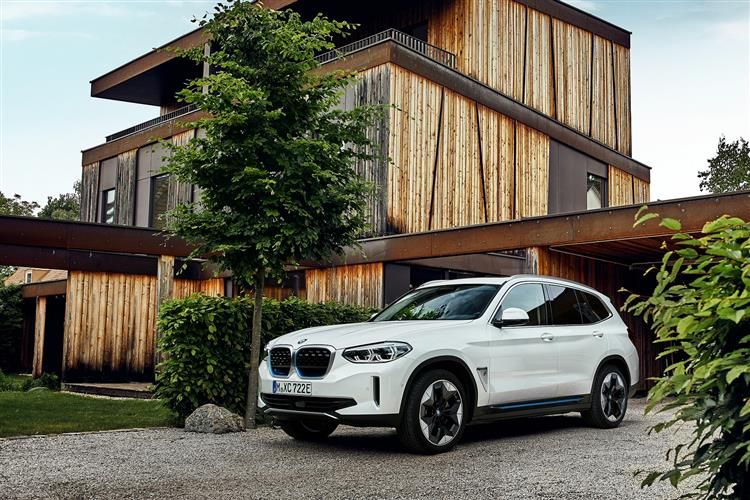 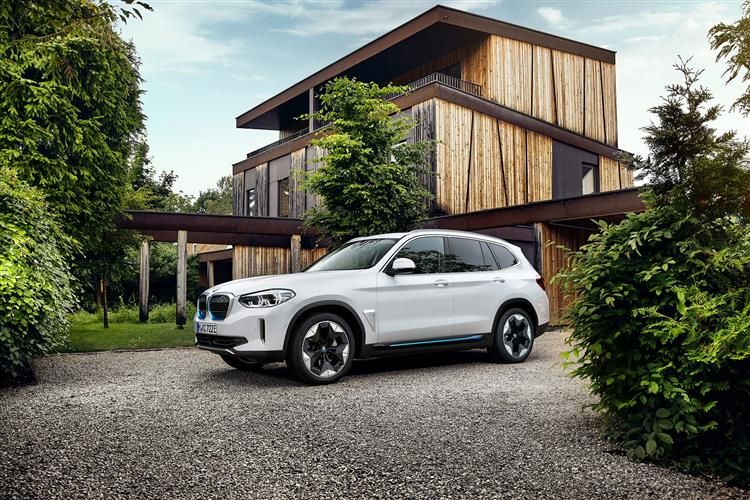 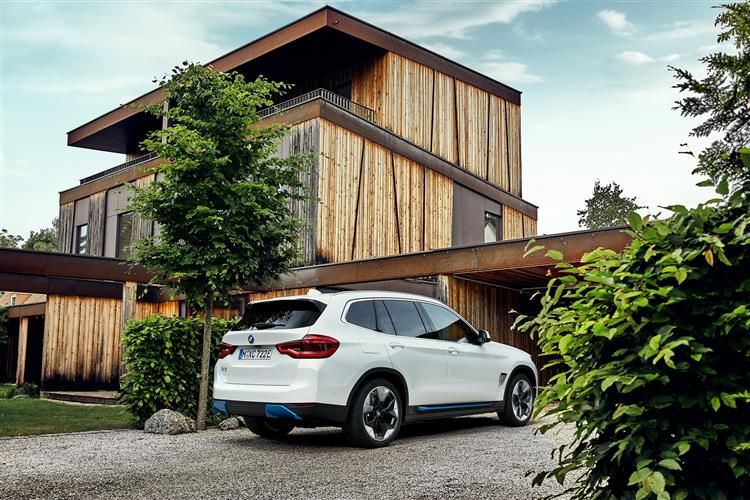 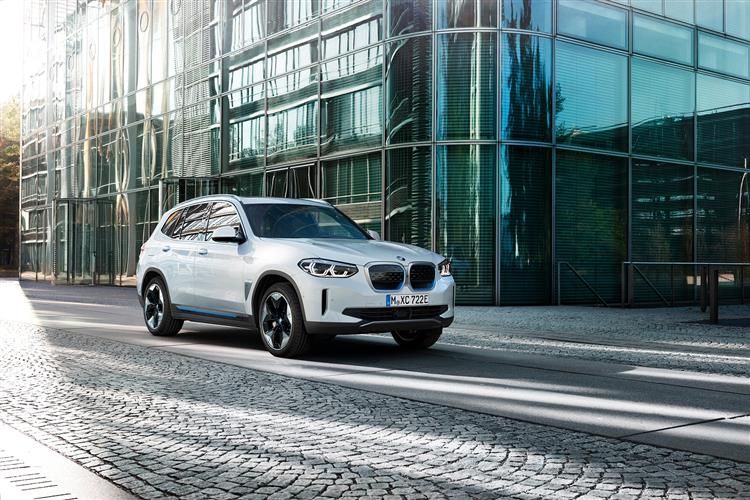 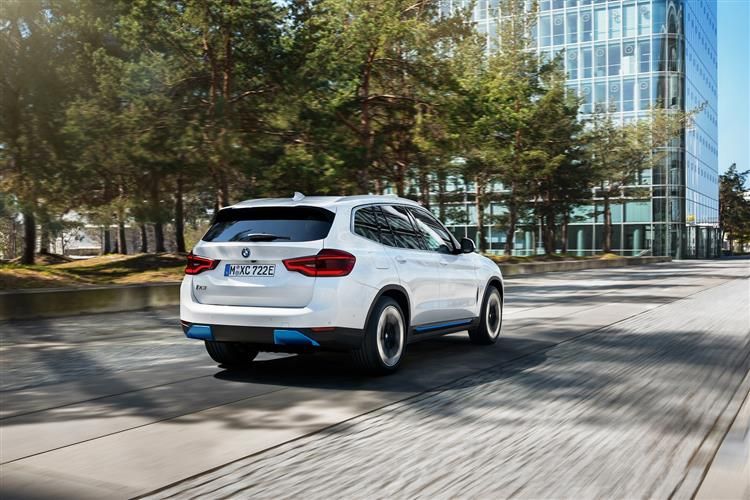 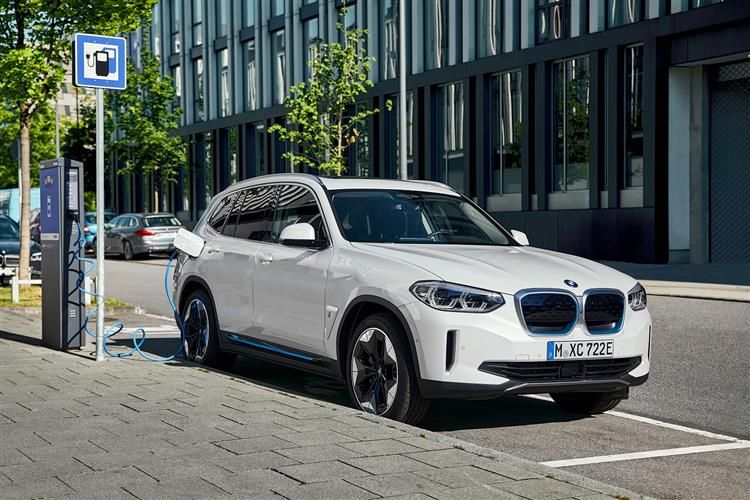 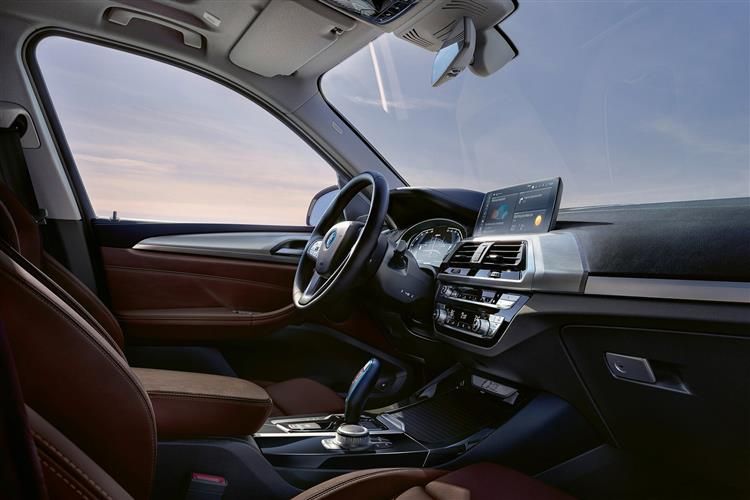 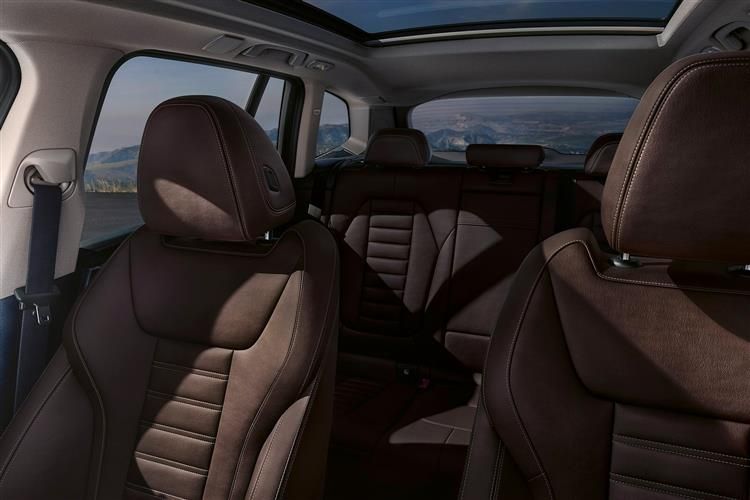 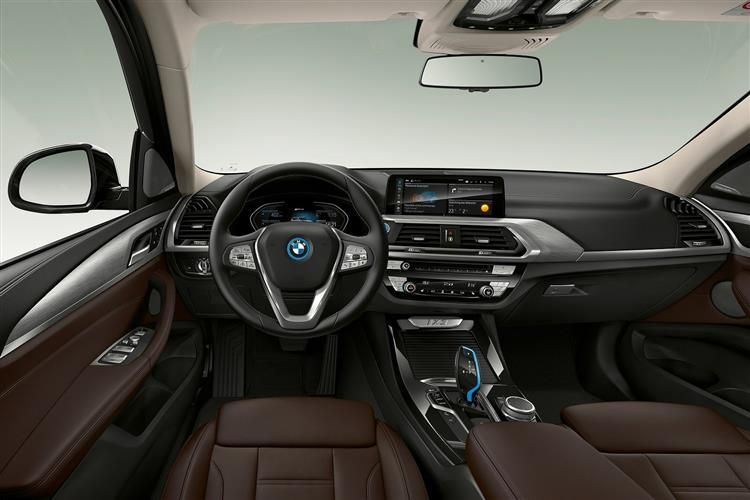 With the iX3, BMW stakes a claim for a prominent position in the luxury EV market. Jonathan Crouch takes a look

The BMW iX3 marks a new phase of electric vehicle development from the Munich maker. The brand's '5th generation' electrified tech delivers a very competitive 285 mile range and it's all been built into the X3 floorplan in such a way as to minimise the usual EV handling downsides of extra bulk and weight. Here's an electric car that someone used to a combustion model might be able to adapt to remarkably easily.

The iX3 is only BMW's second ever full-electric model, but it claims to move the EV genre on in various important ways. Its importance for the Munich maker lies in the fact that this is the first car from the brand to be produced in China for export to world markets. Production takes place at the joint venture factory in Shenyang, Liaoning operated jointly by BMW and Chinese manufacturer Brilliance. Much is shared here with the new '5th generation' EV technology that BMW has developed for its new i4 saloon and iNEXT SUV models, said to use battery charge more efficiently. And the iX3's arrival means that the brand's familiar X3 mid-sized SUV becomes the first of the Munich maker's models to be offered with a choice of combustion, plug-in or full EV power options.

You tend to have higher expectations of the handling of any BMW, even a fully electric one, and the Munich maker didn't want this iX3 to disappoint. Hence the clever way that the battery here has been integrated within the floorplan, lowering the centre of gravity by up to 75mm over the standard X3 for what BMW describes as 'noticeably enhanced lateral dynamics'. Which is just as well because like other EVs, this one has a bit of a weight problem, tipping the scales at nearly 2.2 tonnes. That's despite the fact that it has a slightly smaller battery than some rivals - it's 80kWh in size, though only 74kWh of that is usable. The quoted WLTP driving range figure of 285 miles is class-competitive though. The iX3 is exclusively rear-driven, power coming from a rear-mounted electric motor producing 286hp which revs far higher than any of BMW's earlier motors - up to 17,000rpm, compared to the 14,000rpm of the brand's existing i3 EV hatch. As you'd expect, it's mated to a single-speed auto gearbox. 62mph from rest occupies 6.8 seconds, which is just 0 4s slower than the conventional X3 sDrive30i 2.0-litre petrol turbo model. But top speed is limited to 112mph in order to protect the range. Adaptive suspension with electronically controlled dampers is standard.

If you know the BMW X3, you'll recognise this one by its blanked-off front grille, which features blue trimming and vertical air ducts at each corner. Further blue elements feature on the revised door sills and the revised rear bumper, which has been restyled to reduce turbulence. There are also aerodynamically-optimised 19-inch wheels, which BMW says contribute significantly to a sleeker drag coefficient of 0.29 Cd. Inside, the dashboard, switchgear and centre console of the ordinary X3 are all unchanged here, though in this case are trimmed with blue highlights. A 12.3-inch digital instrument cluster is standard, plus there's a 10.25-inch central display which can be controlled either through touch or via the usual iDrive rotary controller. The iX3 features that infotainment set-up in its latest 'iDrive7' form, in which guise it can take over-the-air software updates and the latest version of the BMW 'Intelligent Personal Assistant' voice control system. Passenger space in the rear is the same as in an ordinary X3, but boot space has fallen by 40-litres over the regular model - down to 510-litres. If you need more room, the rear seats are split 40:20:40 for extra flexibility.

Expect asking prices for the iX3 to start from around £60,000, with a top 'Premier' edition version of the car available from launch. All the usual executive niceties are standard, but of course there's plenty of opportunity to spend more. If, for example, you want to upgrade the Adaptive Suspension set-up, you'll be able to specify a sportier Adaptive M Suspension system. Also standard is the BMW 'IconicSounds Electric' package, which is a system of subtle synthesised noises which are pumped into the interior to match braking and acceleration inputs. These sounds have been created in collaboration with the famous film composer Hans Zimmer. Standard interior kit includes a 12.3 inch digital instrument cluster and a 10.25 inch central display. Plus there's wireless 'Apple CarPlay' and 'Android Auto' smartphone-mirroring. As with any EV, you'll need to keep aside some budget for a garage charging system if you haven't had an electric car before. BMW has partnered with Smart Solitions to offer what it calls a 'Personal Wallbox'. This is able to monitor energy usage and cost, as well as keeping a historic record of home-charging energy expenditure, making it very convenient for company car users.

Let's start with charging. There are a number of options, including 150KW DC rapid charging for an 80% charge in 34 minutes. AC single-phase and on-board three-phase charging at 11KW is standard-fit. We've already briefed you on the driving range - WLTP-rated at 285 miles. BMW claims that this range will be more achievable than is the case with rivals because of the density of this car's 80kWh battery pack, which is also slimmer and more compact than the norm, so therefore also lighter. The brand reckons that this greater range efficiency will be particularly noticeable on longer trips with plenty of motorway driving where this model's range will hold up better than with heavier rivals. But optimised aerodynamics will also help, added by little touches - the sleeker wheels for example, are worth an extra 6 miles of range on a full charge. Use of regenerative braking will also help with range maximisation. You can manage this manually via the drive selector. Choosing 'D' gives you three levels of recuperation - 'high', 'medium' and 'low', while moving the selector to 'B' enables maximum recuperation and means that you effectively only have to drive with one pedal - you'll hardly ever have to use the brake, such is the retardation when you come off the throttle. The iX3 can also manage brake recuperation itself using location data from BMW's latest cloud-based navigation system, autonomously altering the level of brake energy harvesting according to road conditions. For example, if there's a stop sign ahead, full recuperation will be engaged without the need for manual selection.

The need to develop more sophisticated '5th generation' EV technology and to create a purpose-designed manufacturing base in China has meant that BMW has given its rivals a head start in the luxury EV market. But with the iX3, there's every chance for the Munich maker to recover this lost ground. It's a fraction smaller than potential competitors like Jaguar's I-PACE and the Mercedes EQC - and can't go quite as far on a single charge either. But the iX3 is more affordable and, after a test run, you might well decide that it drives a bit better too. Expect many more Chinese-made BMW's in the years ahead, but few will be more significant than this one.

contract hire
per month
Initial rental:
Total price:
Finance Type (Contract hire)
Business
Personal
Contract length (months)
36
48
Initial rental (months)
1
3
6
9
12
Annual mileage
5000 miles per annum
Vehicle maintenance
Yes
No
No - I understand I will be responsible for all scheduled servicing, maintenance & tyres of my vehicle
Yes - I would like my vehicle maintained and serviced throughout the term of the contract