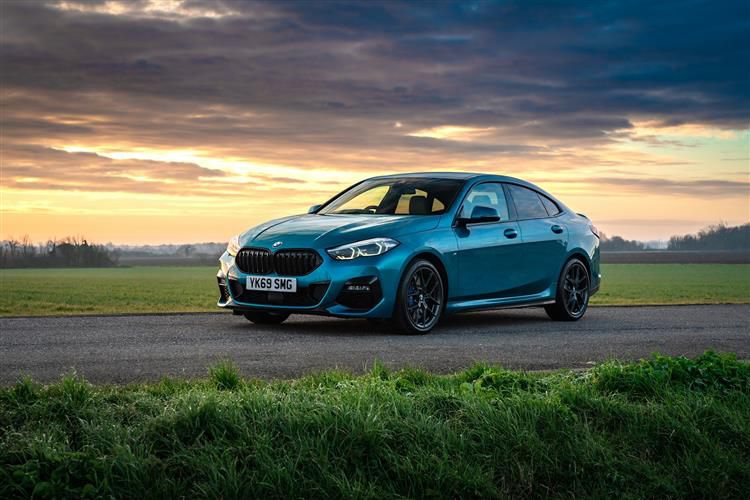 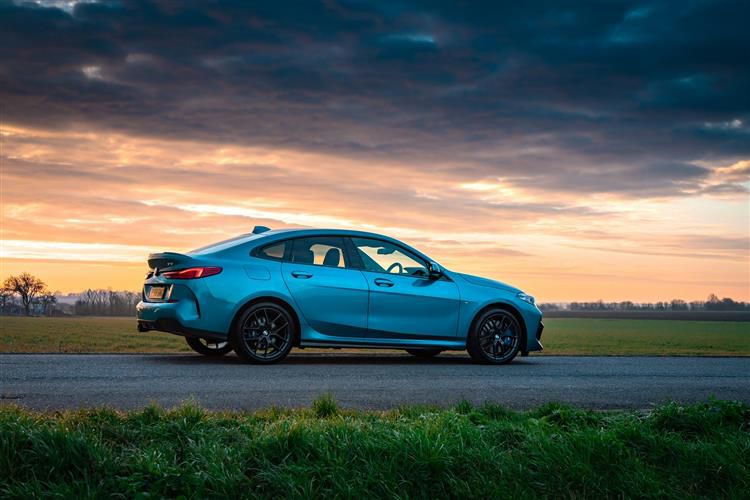 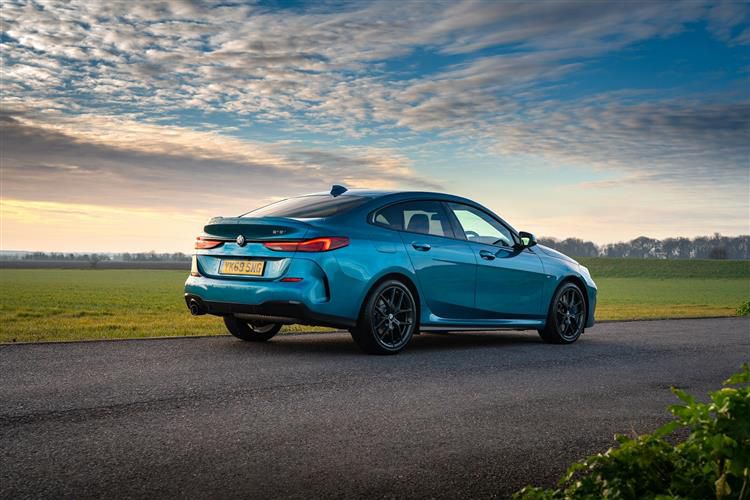 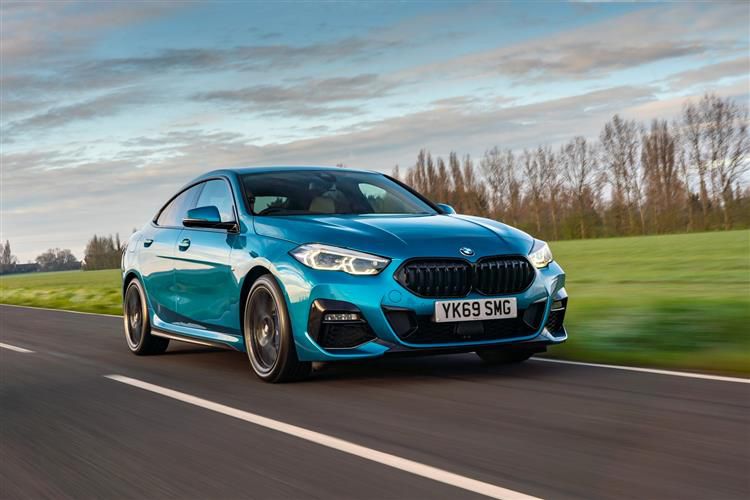 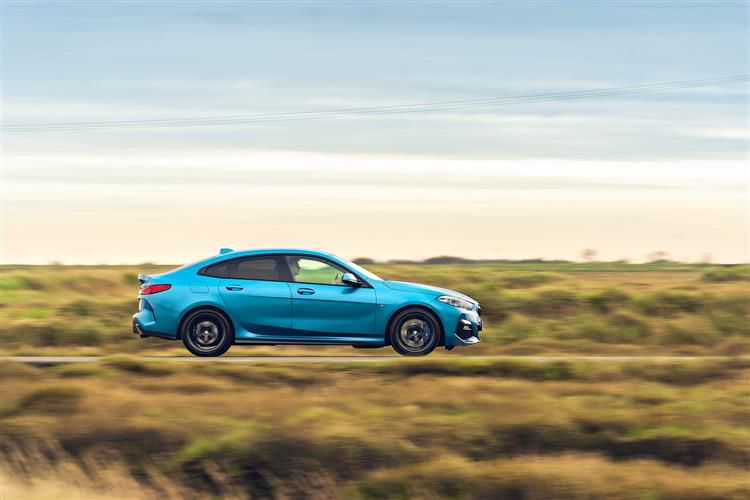 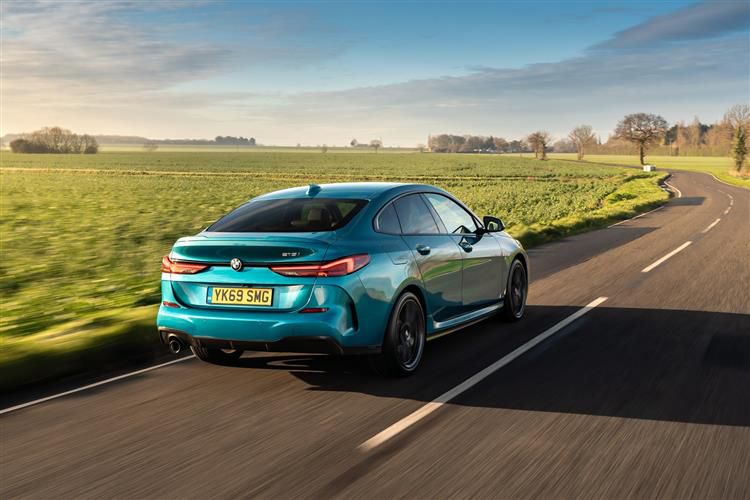 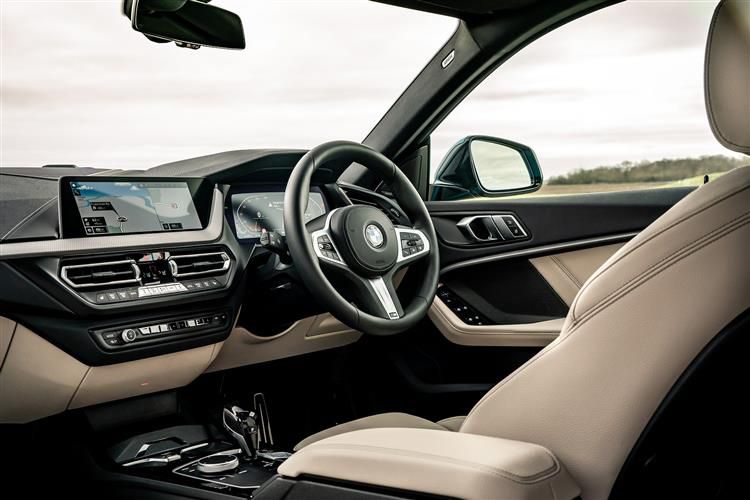 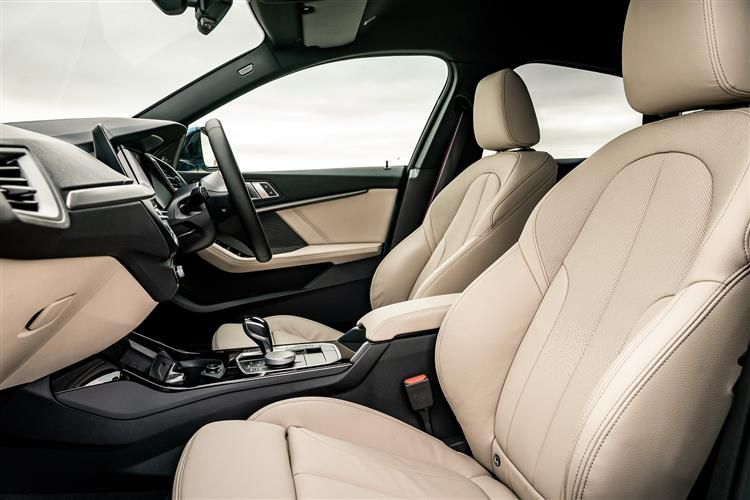 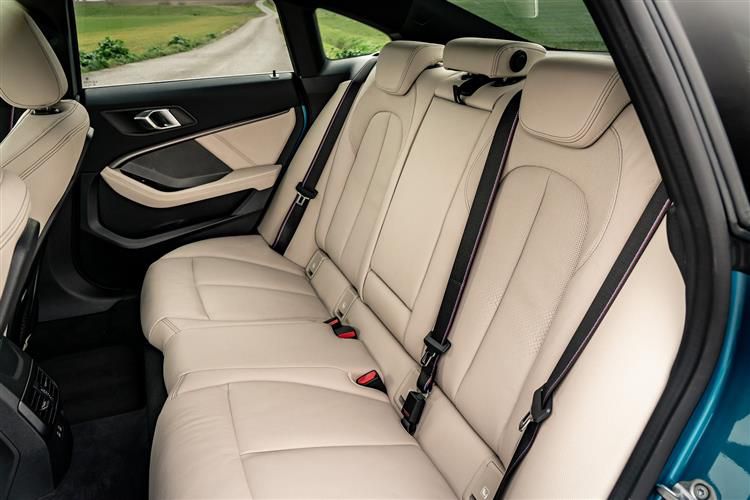 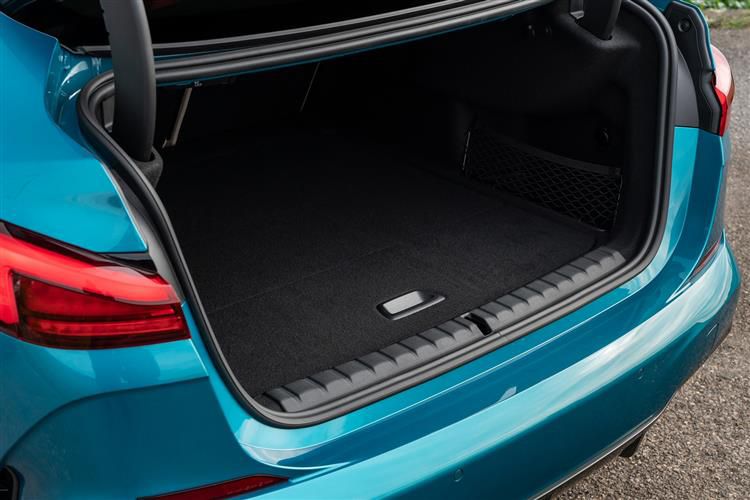 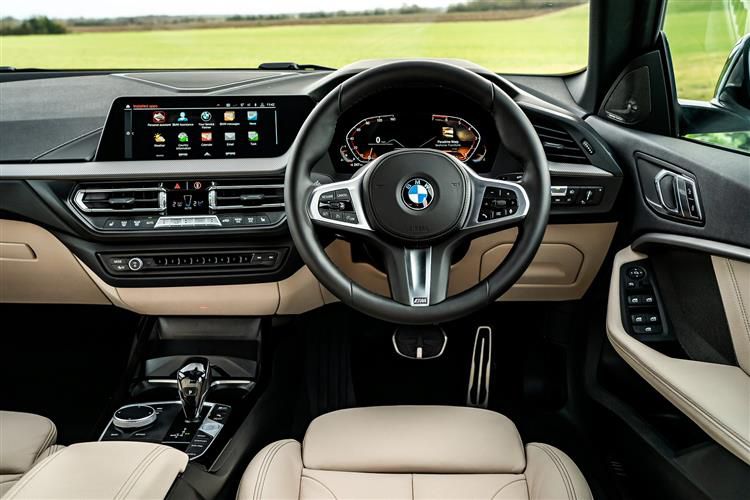 The 2 Series Gran Coupe is a small four-door Coupe with one key rival very clearly in its sights. Jonathan Crouch takes a look.

With this 2 Series Gran Coupe model, BMW belatedly joins the market for compact four-door coupes that previously Mercedes had almost to itself with their CLA. It shares nearly all its engineering with the 1 Series hatch, which means it's front-driven. But it's very much more aspirational.

You might well be a little unfamiliar with BMW's 'Gran Coupe' formula, even though it's been around since 2012. That was when the Munich maker launched its 6 Series Gran Coupe, basically a four-door coupe based on a 3-box saloon shape for executives wanting something a little more fashionable. Since then, we've also had 4 Series and 8 Series Gran Coupe models. But strangely, never a smaller take on the four-door coupe concept that would take on the car that most tend to think of when it comes to a more compact interpretation of this kind of design, the very profitable Mercedes CLA. This 2 Series Gran Coupe model though, is that car.

2 Series in BMW-speak can mean two very different things. Either something practical and resolutely unsporting in the form of the front-driven 2 Series Active Tourer compact MPV. Or rewarding and quite dynamic in the form of the rear wheel drive 2 Series Coupe or, to a lesser extent, the 2 Series Convertible. This 2 Series Gran Coupe is front-driven like the Active Tourer but uses the more advanced FAAR platform we've recently seen introduced with the third generation 1 Series hatch for at least some of the BMW 'Ultimate Driving Machine' vibe that you'd ideally want this car to be able to deliver. For our market, the entry-level version in the range is the 218i petrol variant, which uses a 1.5-litre three cylinder 140hp unit and can be had with the option of dual-clutch automatic transmission. The other two derivatives can be had only with the brand's 8-speed Sport auto transmission. If you've your sensible shoes on, you'll want the 220d, which has a 2.0-litre 190hp four cylinder diesel. If you haven't, you'll be more drawn to the current range flagship, the M235i xDrive, which has a 2.0-litre four cylinder petrol turbo developing 306hp and AWD to better transmit torque to the tarmac. It makes 62mph from rest in just 4.9s and has to be artificially restrained at 155mph.

You'll buy this car because of the way it looks - no question. Like most four-door coupes, this one is distinguished by frameless side windows and a swept-back silhouette which makes the car look a fraction more compact than it actually is. This 2 Series Gran Coupe is 4,526mm long and 1,800mm wide, but stands just 1,420mm tall. And it offers plenty of overtaking presence. The slightly angled full-LED headlights draw attention to the familiar BMW kidney grille, which features bars contoured with an eyecatching vertical indentation. Take a seat up-front and the dash layout is pretty much lifted straight from the 1 Series hatch, which means you get an 8.8-inch 'Live Cockpit Plus' infotainment screen with base 'Sport' trim or a larger 10.25-inch monitor with the 'Digital Cockpit Professional' package that comes with the 'M Sport' or 'M235i models. Where this car aims to steal a bit of ground over its Mercedes CLA rival is when it comes to back seat space. A 2,670mm wheelbase means that there's reasonable space of knees and legs in the rear. Passengers in this part of the car get 33mm more knee room than they would in a two-door 2 Series Coupe, while the seating position is 12mm higher with 14mm more headroom when the optional panoramic roof is specified. Out back, there's a decently sized 430-litre boot, which can be extended by folding down the 40:20:40-split backrest.

Prices start at around £26,000 for the base 218i petrol 'Sport' variant; you'll need £1,350 more to add dual-clutch automatic transmission to it. The 220d diesel costs from around £31,500 in 'Sport' form. In either case, you'll need £2,500 more to add ritzier 'M Sport' trim. You'll need a budget of well over £37,000 for the M235i xDrive variant. As you'd expect for that kind of cash, all variants get an extremely high standard of spec, including full-LED headlights, sports seats and BMW's 'Live Cockpit Plus' package, which gives you an 8-8-inch control display with touch function. 'Sport'-spec models get 17-inch wheels, LED front foglights, front and rear parking sensors, and auto-dipping rear view mirror and two-zone climate control, plus BMW's 'Drive Performance Control' driving modes system. 'M Sport' variants meanwhile, are upgraded to 18-inch M light alloy Double-spoke rims. 'M Sport' and M235i variants also get the upgraded 'Live Cockpit Professional' infotainment package with its larger centre-dash 10.25-inch touchscreen and its "Hey BMW' 'Intelligent Personal Assistant' which will allow you to operate many of the car's major functions by merely speaking a command. Plus with this top trim level there's M Sport-tuned steering and suspension. And an aerodynamic body styling kit that re-styles both the front and rear bumpers.

As you'd expect, the engineering here is prioritised towards improving efficiency. As a result, the base three cylinder 218i manages up to 47.1mpg (WLTP) and up to 114g/km (NEDC) in manual form. And the 220d delivers up to 57.6mpg (WLTP) and 110g/km (NEDC). The top M235i xDrive variant returns up to 37.2mpg (WLTP) and up to 153g/km (NEDC). On models with auto transmission, this car can be particularly efficient thanks to intelligent connectivity that enables the two auto gearboxes to adapt their shift strategy according to the planned route and driving situation. If this model is equipped with Active Cruise Control, both transmissions will factor in the data from this system and the standard Navigation, to avoid unnecessary gear changes in a quick succession of bends. Across the range, efficiency is also aided by coasting and Auto Start Stop functions that take their cue from the data supplied by the navigation system, the front-mounted camera and the sensors for the optional driving assistance systems. The coasting function de-couples the powertrain from the transmission at cruising speeds when the car is running in either its 'Comfort' or 'ECO PRO' driving modes.

It's surprising that it took BMW so long to bring us this car. It's arch-rival, the Mercedes CLA, has after all been around since 2013 demonstrating the very real global demand for a compact saloon with a trendy coupe-like vibe. Whether you prefer BMW's take on this concept will be purely down to personal preference. It doesn't bring anything particularly new to this profitable sub-segment, but it has the required technology, style and sheer swagger to make the necessary impact. If you were already thinking of buying the 1 Series hatch, we'd encourage you to also consider this Gran Coupe because it's essentially the same car without much of a practicality downside and a considerably more stylish feel. That in a nutshell sums up what this kind of car is all about. Late to this party BMW may be, but the brand has come ready to make an impact.

Initial rental:
Total price:
Finance Type ()
Business
Personal
Contract length (months)
24
36
48
Initial rental (months)
1
3
6
9
12
Annual mileage
5000 miles per annum
Vehicle maintenance
Yes
No
No - I understand I will be responsible for all scheduled servicing, maintenance & tyres of my vehicle
Yes - I would like my vehicle maintained and serviced throughout the term of the contract